Are Chromebooks Good for Gaming? [2023 Guide] 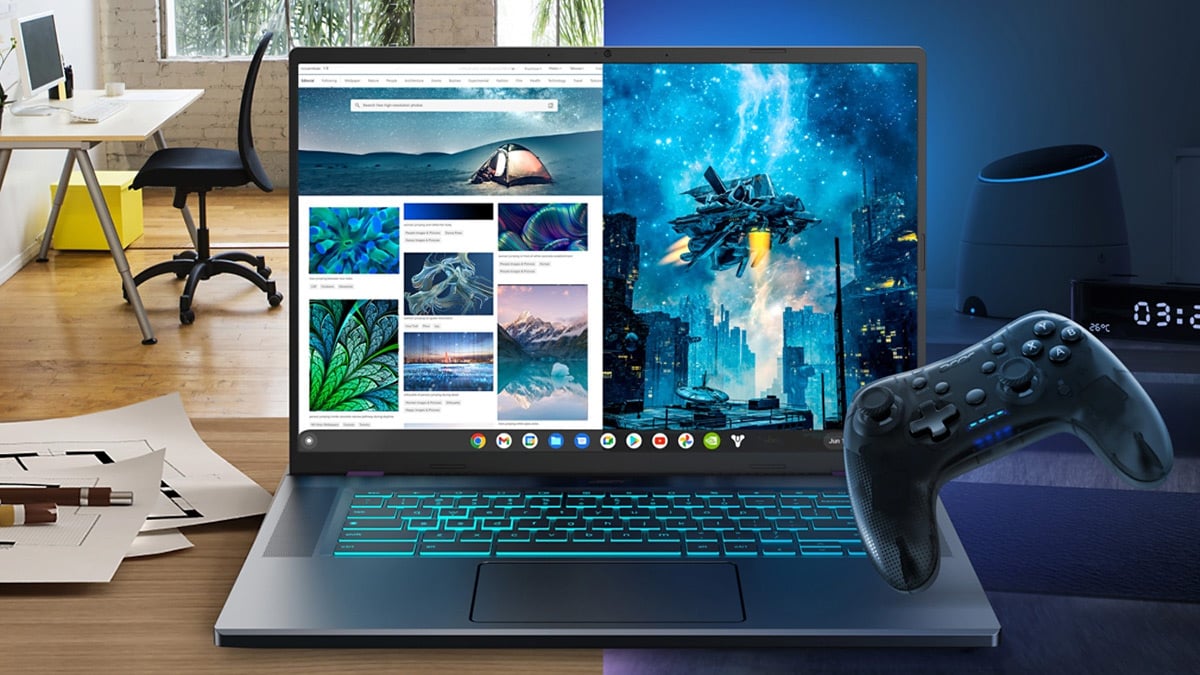 Chromebooks are everywhere now due to their simplicity, affordability, and portability. They're ideal for writing papers, checking email, watching movies, and joining Zoom calls. Chromebooks are indispensable in our always-connected online lifestyle. However, one question often arises - are Chromebooks any good for gaming?

The short answer is yes; you can play games on a Chromebook. In 2023, gaming on Chromebooks is suddenly a reality with thousands of Android titles from the Google Play Store, browser-based games, and now a wide selection of triple-A games due to cloud streaming platforms. Read on as we explore why you should consider gaming on your Chromebook.

Chromebooks, which run on Google's Chrome operating system, ChromeOS, have long been an inexpensive alternative to traditional laptops that run on Windows or macOS. Chromebooks are cloud-based, which means that most apps run from the cloud instead of storing programs and applications on an internal hard drive. So, Chromebooks are lightweight and portable with extensive battery life because they don't need as much processing power and memory as a Windows Laptop.

ChromeOS is great for students who need to keep up with their schoolwork and those who want to take their work with them wherever they go. They're also an excellent option for gamers who wish to game on the go. They're a great deal because Chromebooks only cost as much as a modern game console and a few titles.

Can you play games on a Chromebook?

Yes. All Chromebooks can run Android games from the Google Play Store. But cloud streaming is the key to unlocking gaming on a Chromebook, as ChromeOS can't natively play AAA titles like Elden Ring or CyberPunk 2077.

You can play these types of games through cloud streaming which connects you remotely to powerful hardware that processes the game and does the heavy lifting. The gameplay streams over the web to your Chromebook's screen, and you control the action with your controller or keyboard.

What is Cloud Gaming?

Cloud gaming allows you to play video games on your laptop without needing to install them. Games stream from the cloud, just like YouTube or Netflix videos. You only need a reliable internet connection to play even the most graphics-intensive games without a fancy dedicated graphics card.

Cloud gaming makes it possible to turn your Chromebook into a part-time gaming rig. It's attractive if you want to game without breaking the bank.

What are cloud gaming Chromebooks?

Purchasing a cloud gaming Chromebook will ensure you can instantly stream the latest PC and console games without the added expense of a high-end gaming rig. They're optimized to run the highest performance tiers for Nvidia GeForce NOW, Xbox Game Pass, and Amazon Luna. While you still can't play demanding AAA games directly from a Chromebook, this is as close as it gets.

How to play games on Chromebook?

You can play three ways on a Chromebook:

You'll enjoy hours of gaming on Chrome OS with the right system and a reliable internet connection.

The simplest Chromebook gaming options are browser-based games. These games work in Chrome's built-in browser without requiring a download or powerful hardware. They range from solitaire to chess, old-school classics like Final Fight or Pac-Man, and many free Indie games.

Arcadespot is an excellent place to start playing. Google's GameSnacks are a collection of browser-based titles, and check out our top 10 Google Doodle games for more ideas.

Chrome OS can run Google Play Store games and apps flawlessly. If your Chromebook has a touch screen, most games will work well. However, many top titles work with a keyboard or gamepad, such as:

Our top 10 most popular Google Play Games are a great place to start for more titles.

If you want to play console games and AAA titles, you'll want to use a game-streaming service such as:

Cloud gaming is essentially HD video streaming - so you'll use up between 2GB to 4GB of data per hour. As a result, you'll need a fast, reliable internet connection with unmetered access.

A. Nvidia GeForce NOW on Chromebooks

With access to games via your Steam, Ubisoft, and Epic Games accounts, NVIDIA's cloud gaming platform has a vast library of over 1000+ sensational titles. With titles including:

GeForce NOW uses a bring-your-own games model and comes with over 117 free-to-play games. It has three service tiers:

Their highest service tier, RTX 3080, streams from the world's most powerful gaming supercomputer and can run games at 120 frames per second at up to 1600p with ray tracing, which makes playing smooth and hyper-realistic. However, you'll need a download speed of at least 35 Mbps to take advantage of this service.

GeForce NOW will transform your Chromebook into the gaming rig you've always dreamed of.

The resolution streams at 1080p and up to 60 frames per second. Xbox cloud gaming is now a PWA, so you can easily install it on your Chromebook for a more native gaming experience.

Amazon Luna+ is a cloud gaming service that has a catalog of over 120+ games to play on your Chromebook. Play games at up to 1080p at 60 frames per second, including:

All Amazon Prime members can access a few games for free. The Luna+ channel is $9.99 a month, and others are available, including:

To access Luna's entire catalog of games would cost $41/month plus your Amazon Prime subscription, which has a smaller library than Xbox Cloud Gaming. It could be worth considering as the library expands or if you already have an Amazon Prime membership. 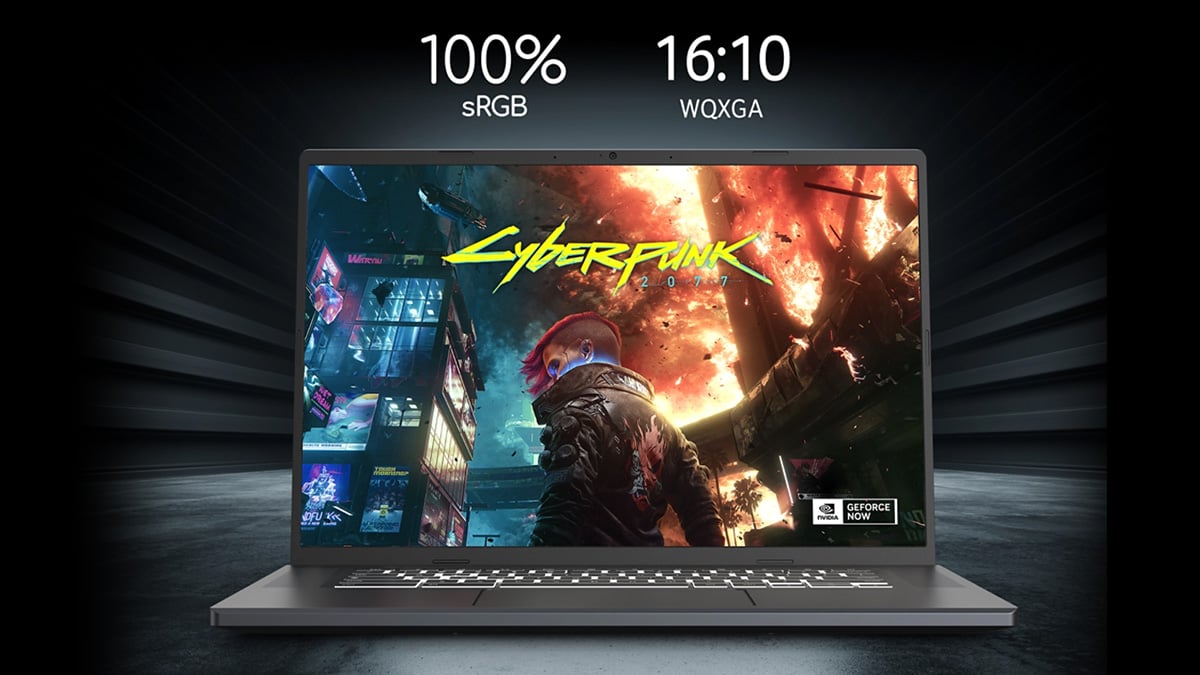 With Chromebook 516 GE, you can experience high-performance PC gaming with stunning visuals. The 120Hz 16-inch WQXGA3 IPS narrow-bezel screen with 100% sRGB and 16:10 aspect ratio creates a compelling gaming experience. It is purpose-built for gamers, with its hardware primed for game streaming, especially at a stunningly realistic 120 frames per second.

The power of the 12th Gen Intel® Core™ i5 processor can take on the new world of cloud gaming with its latest video decoding technology. With Wi-Fi 6 E and a 2.5G ethernet port, you'll experience fast connections and ultra-low latency. 9-hour battery life means you can leave the power pack behind when you're on the go.

As a bonus, when you purchase this gaming Chromebook, you'll be able to claim a free 3-month subscription to Amazon Luna and the highest tier of GeForce Now through Google.

Chromebooks are simple, affordable, with good battery life and now are ready to power the next generation of gaming. With all those components in place, your Chromebook can be a clever cloud gaming solution, giving you access to many of the most significant new PC games (and even many console games) for a fraction of the price of building a gaming PC.