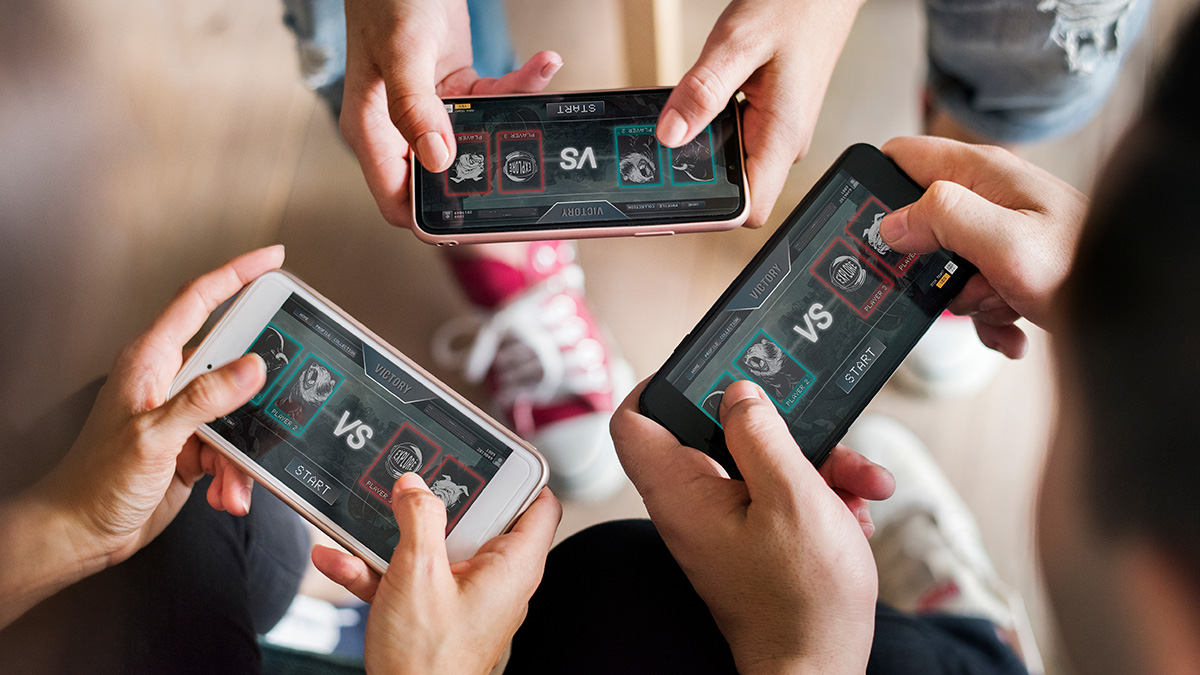 Whether commuting to work, taking a break, or at the doctor's office, there's no shortage of great mobile games to keep you entertained. We've compiled a list of the ten best mobile games in 2022 you need to check out. From puzzles to strategy games, these are some of the best mobile games on the market. So what are you waiting for? Start playing today!

Subway Surfers is a pulse-pounding endless runner game. You play as Jake, who skates through the subways dodging oncoming trains and obstacles, collecting coins, and escaping from the grumpy inspector and his dog. The faster you go, the more points you earn, which can unlock different boards and characters.

With its addictive gameplay and vibrant graphics, Subway Surfers is a must-have for any mobile gamer. The game's simple to learn but tricky to master. It's easy to pick up but challenging to put down. You can play for 5 minutes or hours.

Since 2012, it has been downloaded over 1.8 billion times. Even in 2022, it's still one of the most downloaded games on the App Store and Google Play storefronts.

Asphalt 9: Legends is a high-octane, illegal street racing game. You race against other drivers worldwide in 70 iconic real-life locations such as the Nürburgring and the Dubai Autodrome.

In this hyper-realistic arcade racing game, unlock over 50 meticulously detailed prestigious cars by manufacturers, including:

This game is not for the faint-hearted – it's intense and engaging from start to finish. The stunning visuals will make it feel like a console in the palms of your hands. In the solo mode, compete in hundreds of events or face up to 8 players in real-time multiplayer mode. Cars handle differently on different tracks, so you have to learn how to drive them to succeed.

Race your way to the top and become a motorsports legend! Asphalt 9: Legends has over 200 million downloads worldwide on Android and iOS platforms.

Player Unknown's Battlegrounds changed gaming almost overnight, with over 1 billion downloads making it one of the most downloaded mobile games.

In this intense battle royale shooter, you and up to 100 players fight for survival with only the weapons, clothes, and equipment you can find. You skydive onto a deserted island to gather weapons and resources, loot abandoned buildings, and fight to the death. The winner is the last player left standing.

The unique gameplay, stunning graphics, and massive map make this an enthralling multiplayer game. So what are you waiting for? Download PUBG Mobile now and start fighting for your place on the podium.

No list of best mobile games would be complete without Candy Crush Saga. If there's one game you're likely to see your parents play, it's probably Candy Crush, as it's been downloaded over 2.7 billion times and is still going strong. With bright graphics, you solve puzzles by matching 3 or more candies in a row. Clear all the candy from the board before your moves run out, and you'll be rewarded with more levels and power-ups as you progress.

If you're looking for a classic puzzle game, Candy Crush is a must-have. The gameplay is simple and addicting, and thousands of levels keep you candy-swiping for hours on end. The harder levels increase in complexity, new modes are added regularly, and you can compete with your friends online or against other players worldwide on leaderboards. Sweet!

RAID: Shadow Legends is an epic turn-based RPG game where you recruit an army of legendary warriors to save the kingdom of Teleria. You'll need to use your cunning to battle and conquer land defended by enemies and possible allies.

With visually stunning graphics and intense tactical gameplay, you can recruit hundreds of Champions from 14 playable factions. As you progress, the battlefield becomes ever more complex with new obstacles, terrain features, and more enemy units waiting to crush you. In this fantasy RPG, you'll have to constantly make quick decisions when the battlefield shifts, choosing the right troops and spells to take down your foes.

If you're looking for an exciting quest with deep gameplay, RAID: Shadow Legends is a must-have. Download now to join the fight!

If you're a fan of the Call of Duty franchise, Call of Duty: Mobile is the definitive mobile experience for the world's most popular first-person shooter. Published by Activision, the fast-paced mobile version feels like a console on your phone.

Call of Duty: Mobile features stunning graphics, intuitive controls, and intense action that will have you glued to your device for hours on end. Use strategic planning and sharp reflexes to achieve victory. The multiplayer shooter pits you in different scenarios:

Monument Valley is a truly tranquil and surreal experience that won Apple Game of the Year in 2014. You'll guide a silent princess, Ida, through a maze of surreal architecture, filled with optical illusions, solving puzzles, and avoiding deadly traps. In Monument Valley 2, released in 2017, you'll lead Ro and her child to trigger changes in the puzzle's architecture to finish the level.

The minimalist art design and the puzzle-based mechanics provide a fantastic gaming experience that will leave you exhilarated from the start. It's sure to captivate you for hours on end.

NBA JAM puts you on the court against the world's best players. This fast-paced, 2-on-2 arcade basketball game brings back the '90s nostalgia as you play with one of your favorite NBA stars and teams! Choose from four modes of play:

In classic campaign mode, defeat all other teams to win the NBA championship, and unlock legends and hidden players, including:

Having launched way back in 2016, Pokémon Go is still going strong with over 1 billion downloads.

Pokémon Go is a real-time augmented reality game that combines gaming with the real world. Players use location tracking and mapping technology to interact with Pokémon characters in real-world locations. You can then train and evolve your Pokémon plus battle against other trainers.

This augmented reality mobile game is a top-rated game on Android and iOS. It's easy to learn, so anyone can play it, and the graphics are amazing. If you're a fan of Pokémon, this is one game you don't want to miss!

10) Sky: Children of the Light

Sky: Children of the Light is a beautifully designed, challenging, open-world free-play adventure for mobile devices. In Sky, you'll soar above the clouds, spread light through your desolate land, locate spirits, and return them to the stars.

Experience the best of humanity in a world where you connect meaningfully with others. You'll team up in this social multiplayer, free-roaming MMORPG to uncover the secrets. With 7 realms to explore, you'll find yourself in lush landscapes to roam, solve puzzles and meet other players. There is no defined storyline - it's open-ended and mysterious, allowing you to explore at your own pace. It's a game to relax and savor.

These are just a few of the best mobile games available on both iOS and Android. If you're looking for something to keep you amused, check out one of these games!