A Brief History of Beat 'em Up Games 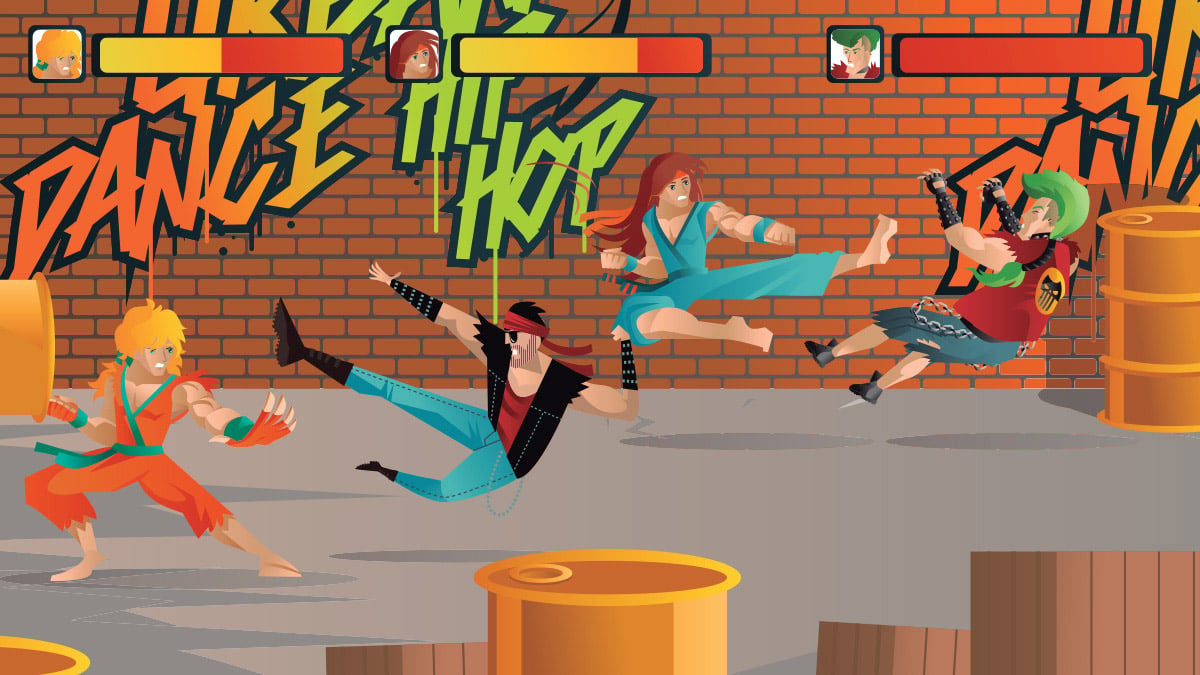 Before the rise of massively multiplayer online role-playing games (MMORPGs) there was a genre of video games that filled every arcade, known as beat 'em ups or brawlers. These games did and still do offer non-stop action and plenty of opportunities to show off your fighting or even button-mashing skills. If you’re looking for a fun challenge and fast-paced gameplay, then beat 'em ups are perfect for you.

What are beat ‘em up games?

In beat 'em ups, players take control of a character or characters who must fight their way through wave after wave of enemies using their fists, feet, or weaponry. Although these games are similar in mechanics to fighting games, players are constantly being forced to move forward section by section to fight off hordes of enemies instead of a head-to-head match-up. Generally, players move either in an X (horizontal) and Y (vertical) axis that is similar to a platformer or an X (horizontal) and Z (depth) axis, in which players have more control over their character. At the end of each level, most games have some sort of boss that needs to be defeated before moving on. Controls are usually quite simple, making brawlers easy to pick up and enjoyed by just about anyone.

The history of beat ‘em ups

The earliest beat 'em ups were side-scrolling arcade games that allowed players to insert coins to continue playing if they failed to complete a level. 1984's Kung Fu Master, is credited with being the first of the genre. Often called the game version of a Hong Kong martial arts film, its one-on-one fighting mechanic would become a staple of the game type. A couple of years later, the 1986 title Renegade further defined the genre with the belt-scroll style of beat ‘em up games, which popularized movement along the X and Z axis.

The golden age of beat 'em ups began in the late 1980s and continued into the early 1990s. This was the era of classics like Final Fight, River City Ransom, and Teenage Mutant Ninja Turtles IV: Turtles in Time. Along with the belt-scroll style which was now the industry standard, most games allowed for two-player co-op. This helped games become more social, while power-up items that temporarily increased a character's strength or health made games easier to pick up and more fun.

While there are still plenty of 2D beat 'em ups being made today, especially in the indie game scene, the genre has also made the transition to 3D gaming which offer better graphics, more advanced storylines, stronger world-building, and more freedom to explore. The popularity of the hack and slash subgenre has also been driving the genre for some time now. However, as these games offer a feeling of nostalgia for a whole generation of gamers, developers continue to release beat 'em-ups that resemble classic gameplay just with more advanced graphics.

Subgenres of beat ‘em up games 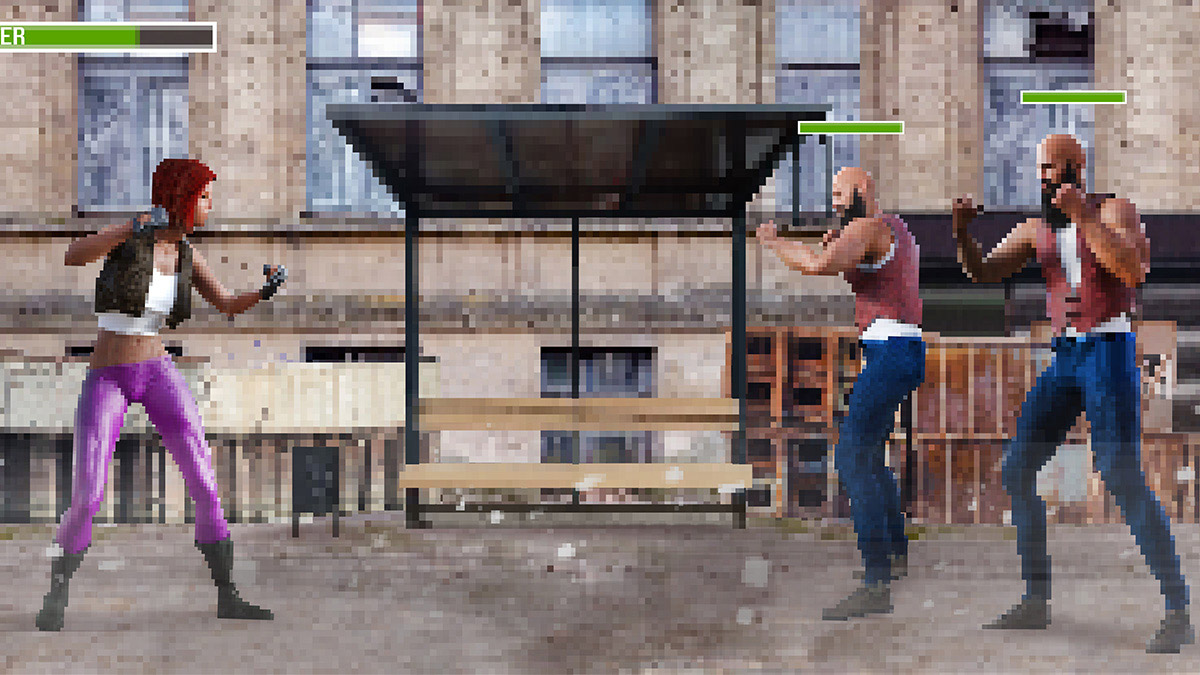 The most classic style of beat 'em ups can be broken into two main types. A side-scrolling beat 'em up in which players move along an X and Y axis and the belt-scroll beat 'em up style, which is defined by its downward camera angle and player movement along the X and Z axis. In both, players take on enemies while scrolling from left to right. Each section must be completed before moving on. Classic examples of scrolling beat 'em ups include games such as Double Dragon and Golden Axe.

Played in fully 3D environments, this style is the most recent evolution of the genre and is more similar to traditional beat ‘em ups than modern hack and slash games. This allows for a more immersive and realistic experience, as well as a more complex level of design and character building. The Batman: Arkham series is an example of this subgenre.

Over the past few decades, there have been dozens of great beat ‘em up games, from classic arcade-style to modern hack and slash. Whether you’re just getting started, looking to find some classics, or are interested in some newer indie games, here is a list of must-try beat ‘em up games.

The future of beat 'em up games

The last decade or so has seen a lull in new releases, as beat ‘em up games were suited well for arcades and early consoles, but lost popularity as tastes changed towards other genres. Lately, they have mostly served as a source of nostalgia rather than major releases. Although some franchises such as God of War continue to be popular, large studios have focused on other game types such as sandbox games or role-playing games (RPGs).

However, indie developers have been creating innovative and exciting new takes on the genre that has given it new life. In recent years, there has been a surge in popularity of indie beat 'em ups, such as Fight’N Rage and Teenage Mutant Ninja Turtles: Shredder's Revenge.

What's more, beat 'em up games are becoming more accessible than ever before. With the rise of digital distribution platforms like Steam and itch.io, players can easily find and purchase a wide variety of titles. This means that even niche genres like beat 'em ups can find an audience.

As the indie scene continues to grow, we can expect to see even more innovative and exciting titles in the future. With so many great options to choose from, it's safe to say that the future of beat 'em ups has a great chance to rebound and create memories for a whole new generation of gamers.