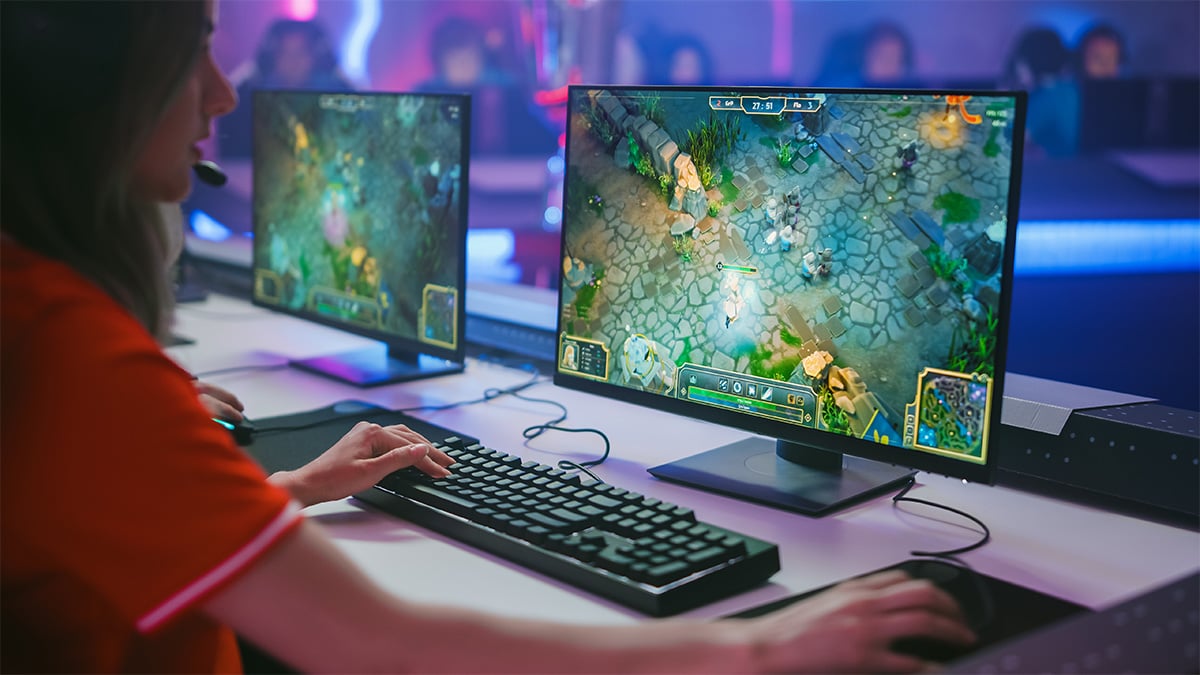 Role playing games (RPGs) form one of the most complex but entertaining game types. They have been around for decades and offer an immersive experience for audiences of all ages. Gamers spend hundreds of hours with them and franchises have built loyal communities who interact online and in the game. So, what makes them so captivating? And what can you expect if you decide to start playing one?

RPGs are a popular genre of video games in which players take on the role of a fictional character. The player takes on the role of a protagonist in an interactive story. The protagonist is sometimes accompanied by one or more party members, and the player controls their actions during battle and exploration. Games sometimes feature turn-based combat, exploration, and have an overarching story. Players level up their characters as they progress through the game, gaining new abilities and equipment. They have a strong focus on storytelling, and many of them are set in fantastical worlds. The genre is popular with those who enjoy strategic gameplay, as many RPGs require careful planning and resource management.

The history of RPGs

The history of RPGs is long and varied, with the genre tracing its roots back to tabletop games. One of the earliest and most influential RPGs is Dungeons & Dragons, which was first published in 1974. How games are structured and mechanics are still seen in RPGs today, such as turn-based combat, character leveling, and loot. Fans of Dungeons & Dragons then started using technology as a new platform to spread the basic idea of role-playing games. These text-based multi-user dungeons (MUDs) were played on private servers and were much more straightforward than games today. However, they did spark interest in RPGs and allowed players to experience this type of game on computers.

In the early 1980s, role-playing video games as we now know were born with the release of Ultima and Wizardry. These games were upgrades on MUDs and were also heavily inspired by Dungeons & Dragons. They featured similar gameplay mechanics, making these games familiar to the fan base. Dragon Quest further built upon these early attempts and split the RPG genre into what we now know as Japanese role-playing games (JRPGs) and Western role-playing games (WRPGs). These titles laid the foundation for subsequent RPGs into the 1990s and beyond.

The early 1990s saw a rapid increase in computing power and memory. This allowed for the creation of advanced games such as the Final Fantasy franchise. These games crafted vast worlds and had beautiful graphics, which helped to popularize titles and solidified the genre in popular culture. Some of these games were so big that they had to be spread out over multiple disks. Games continue to push the boundaries of graphics and world creation, and RPGs have continued to be popular.

What’s the difference between JRPGs and WRPGs?

There are two basic game styles in the RPG genre. Although sometimes the lines can be blurred, some key elements distinguish the two genres.

Each RPG subgenre has its unique gameplay mechanics and storylines. Often there is overlap, meaning some games take on characteristics from multiple subgenres.

RPGs are some of the most beloved games ever made. Almost every gamer has fond memories of the first title they played. There is debate over determining whether a game fits into a particular category, and some really don’t fit perfectly in any. Either way, here are some games you need to try:

It's hard to say definitively what the future will hold for RPGs, but there are some exciting possibilities on the horizon. One major trend that is already having an impact on RPGs is the rise of virtual reality (VR). VR technology has the potential to create truly immersive gaming experiences, and it seems likely that RPGs will be one of the genres that benefit most from this technology.

Another trend that is likely to shape the future of RPGs is the continued rise of online and multiplayer gaming.  Massively multiplayer online role-playing games (MMORPGs) have been hugely popular for years, and it seems likely that this popularity will continue. With the increasing power and connectivity of gaming hardware, we can only imagine what kinds of massive and complex virtual worlds will be possible in the future.

VR and MMORPGs might hold the key to expanding RPGs into metaverse platforms. These games already hold large communities of gamers who spend hours each day socializing. One can only imagine, with a few tweaks, that these worlds could be repurposed for the masses.

Of course, it's also worth noting that RPGs have been around for a long time, and they show no signs of going anywhere. The genre has continued to evolve and grow over the years, and there are many types of RPGs to suit different tastes. It seems likely that this trend will continue, with more and more variety in the types of RPGs available. Whatever the future holds, it's certain to be exciting for fans of this great genre.