What are Platform Games? 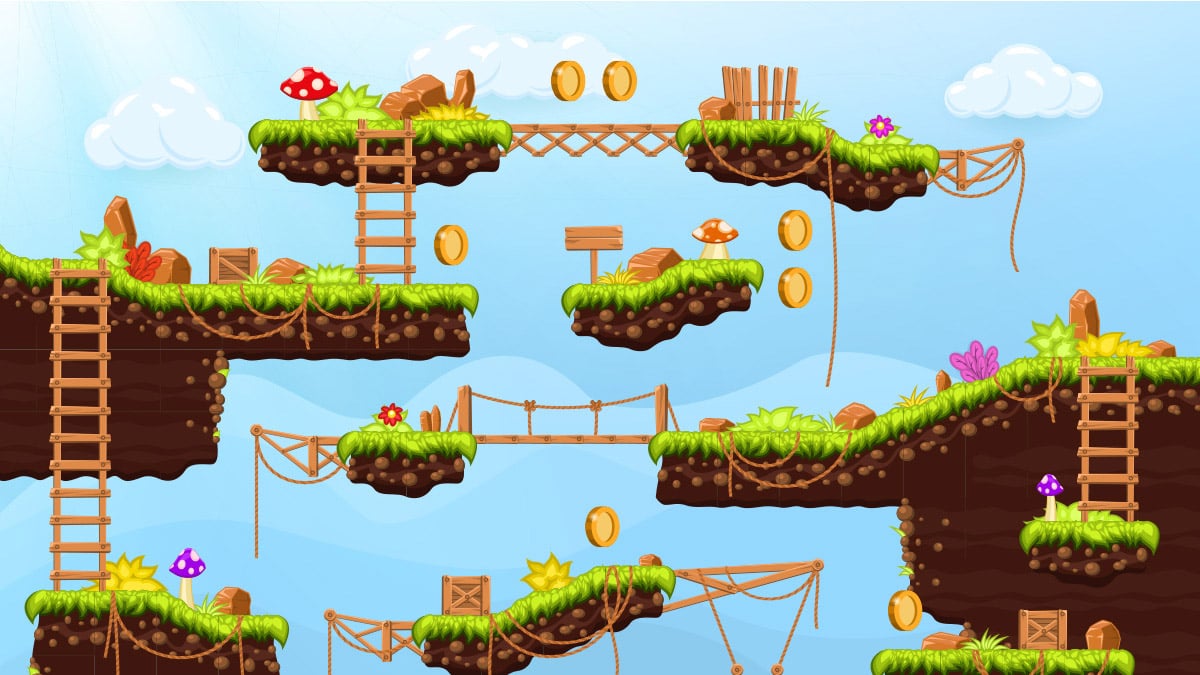 Platform games are a classic type of video game and one of the most popular genres in gaming. Many classic games are platformers, and generations of gamers can’t help but feel nostalgic when they play or even hear the soundtracks from these games. Although not as dominant as they once were, platformers continue to hold a special place in the world of gaming.

What are platform games?

Platform games, also known as platformers, are a type of video game in which a player controls a character while navigating through an environment. Players race the clock while they run and jump over obstacles and enemies. Games feature simple gameplay mechanics and basic graphics, making them easy to pick up and play. They also have simple storylines and a limited number of levels. While they may seem simplistic at first glance, platformers require quick reflexes and some can be extremely challenging and addictive. Regardless of their difficulty, platformers are usually enjoyable to play and offer a welcome break from more demanding genres like first-person shooters (FPS) or real-time strategy (RTS) games.

The history and evolution of platformers

Platformers have been around for decades and have come a long way since the early days. One of the earliest examples is the 2D classic Donkey Kong, which was released in 1981. Players controlled Jumpman (later renamed Mario) as he tried to rescue a damsel in distress from an enormous ape. The game was a huge success and spawned numerous sequels. Although Donkey Kong is perhaps the most well-known, other early platformers such as Space Panic and Pitfall! also helped build a strong foundation for the game type. Even though these games would seem primitive by today's standards, they were beloved by gamers and a staple of arcades.

As video gaming became more sophisticated, so too did platformers. The early 8-bit and 16-bit era saw the genre reach new heights with classics like Super Mario Bros., Sonic the Hedgehog, and Metroid. These games pushed the limits of what was possible and set a new standard for what platform games could be.

In the mid-1990s, the evolution of 3D gaming created some classics such as Crash Bandicoot, Super Mario 64, and Banjo-Kazooie. These games added amazing graphics and variety for players who were looking for more freedom and creative challenges. 3D games also created the need for rotating camera angles to follow players and explore the beautiful new worlds.

Today's games have evolved to be much more complex, with richer graphics, and gameplay that is far more challenging and rewarding. Most early platformers were often quite easy in comparison, with forgiving mechanics and generous time limits due to the limitations of technology. Modern platformers have been built upon the basic mechanics of the classic games with additional features, such as the ability to double-jump or wall-jump. They are also far more open-ended, with engaging storylines.

There are many subgenres of platform games, each with unique gameplay elements and features. Some popular subgenres include:

It’s almost impossible to go back through time and recommend just a few platform games. Many of the classics come from the game style. Although some are a bit dated, here are a few of the best platform game franchises that you can’t miss.

Get the best out of your platform gaming experience

If you're looking to get the best performance out of your platform games, you'll want to make sure you have the right setup.

The future of platformers

There is no doubt that platform games are coming back with a vengeance. This is thanks to the recent resurgence in classic platformers and indie games. However, the future of platform games is not just about nostalgia. There are plenty of new and exciting games and even more on the horizon. Titles such as Spelunky 2, Hollow Knight: Silksong, and Iconoclasts give platformer fans new and exciting worlds to explore, while classic franchises such as Super Mario continue to release some of the best games in any genre.