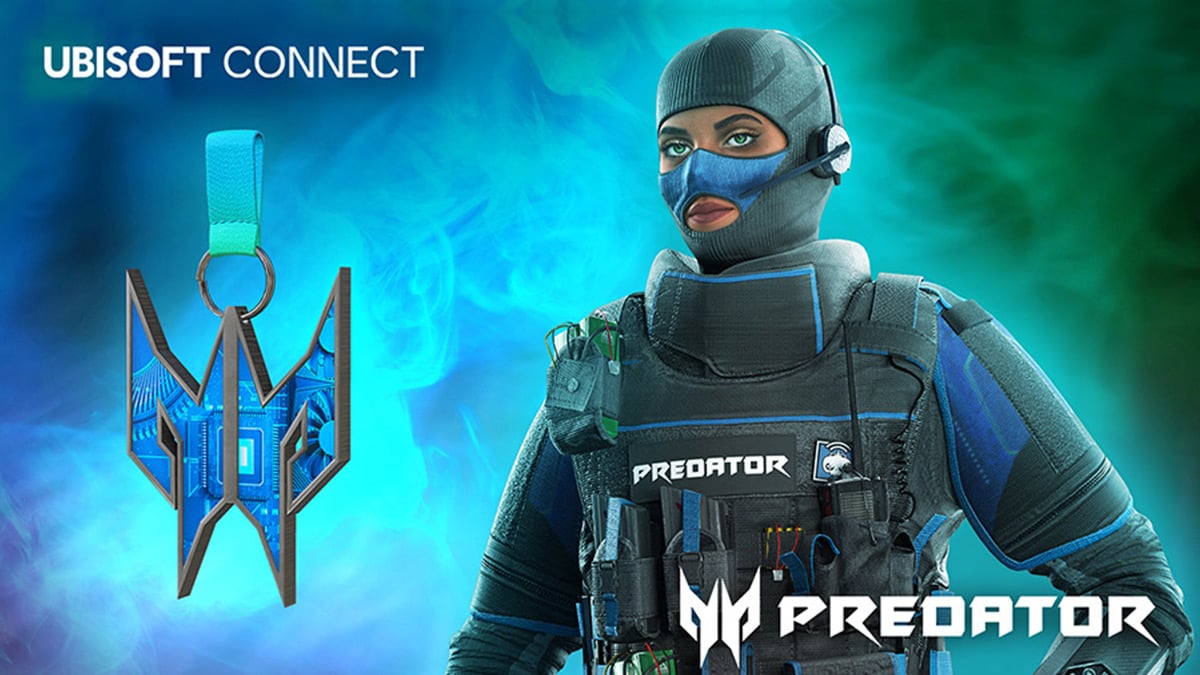 Tom Clancy's novels have spawned many games, and the Rainbow Six series is one of the most popular FPS games by redefining the genre with realism. Right from its first release in 1998, Rainbow Six has rewarded planning, strategy, stealth, and teamwork over a quick-trigger finger. The games continue to grow in popularity, with over 80 million online players enjoying the fun and multiple tournaments in rotation.

With its 15th game released in 2022 and so many different iterations and sequels, it's hard to know which one is the best. In this article, we will be ranking the five best Rainbow Six PC games. We'll take into account the history, gameplay, and graphics.

Who is Tom Clancy?

Tom Clancy is a celebrated American author who has written dozens of novels about espionage, military, and counter-terrorism. With over 100 million copies sold, his work is now a rich series of blockbuster video games, movies, and TV shows. In 2008, Ubisoft acquired perpetual rights to use Clancy's name and works for video games and other related media.

The Rainbow Six franchise began the legendary tactical FPS known as a Tom Clancy video game. Over the past two decades, Rainbow Six has become an FPS juggernaut.

Where it all began. The first Rainbow Six, released in 1998, broke the FPS mold with its revolutionary blend of strategy and action. You focus on stealth and tactics rather than sheer firepower to complete the missions—the opposite of FPS games of the era like Half-Life and Unreal. Selling over 200,000 copies, Red Storm Software launched this series from the Tom Clancy novel of the same name.

You control Rainbow, a super-secret elite anti-terrorism team of operatives that do dirty work across the globe that governments can't touch. You respond to a series of terrorist attacks by the Phoenix Group. This radical eco-terrorist group is developing Brahma, a highly contagious strain of the Ebola virus. They plan to unleash it at the 2000 Olympics to wipe out most of the human race. Can you stop them in time?

Then you plot out on a map where each team will go and what actions they will take. In mission execution, you play as one of the squad leaders, and the others follow the orders given in the planning stage.

When a team member dies, the casualty is permanent across the levels, making the game a tactical FPS driven by detailed plans and surgical strikes. Its unique brand of realism with pre-mission planning made this game a stellar success.

In the third Ubisoft game in the series, Raven Shield puts you in control of Rainbow, the elite counter-terrorism team. The plot is complex, but your mission is to battle a neo-fascist madman in South America and foil his doomsday plan to resurrect global fascism through chemical weapon attacks. The game skirts the barrier between realism and gameplay with over 57 weapons and endless customizations.

Built on Unreal Engine 2.0, Raven Shield marked a shift to the previous games with the ability to see your weapon in first-person view.

Compared to the Quake era of games, Raven Shield's harsh reality strikes you in a series of high-risk missions with no health packs and auto regeneration. In the world of endless saves, Raven Shield doesn't allow you to save your game in the middle, making it either daunting or challenging.

You focus on short-burst attacks, clearing areas with your squad, and advancing with stealth and teamwork. This intense realism, combined with the lethality of close-quarters combat, builds tension and excitement when playing.

Preparation and planning are vital. With a team of up to 8 operatives, you need to plan your mission and set the rules of engagement. You can control only one player at a time and give simple instructions to your AI team members. Your players build experience if they survive the missions. The game is intelligent, unforgiving, and genuinely exhilarating.

Rainbow Six: Vegas 2 is the seventh in the series and the last Rainbow Six game to have a single-player campaign. The follow-up was billed as "part sequel, part prequel" and is more evolution than revolution to the original Vegas title.

In Rainbow Six: Vegas 2, you play as Bishop, a veteran of Rainbow who takes on the Sin City terrorists. Your mission is to stop Nowak, a former Rainbow operative bent on destruction and mayhem. To achieve this, you team up with other special forces operatives and use your tactical skills to penetrate enemy territory and eliminate the terrorists before they can carry out their plan.

This game marks a departure in the series, as you can customize your player's appearance and skills in single-player and multiplayer modes. The new ACES XP system can improve your Marksman, Close Quarters, and Assault skills and unlock new equipment in all game modes.

The gameplay is action-packed and highly realistic, with stunning graphics that bring the characters and locations to life. Rather than running and gunning, you need a deliberate strategy and careful progression to advance through the game.

The latest installment to the classic franchise, Rainbow Six: Extraction, is a tactical co-op multiplayer FPS focused on stopping invading alien parasites - the Archæans. It's up to the new Rainbow Exogenous Analysis & Containment Team (REACT) to fight back against these overwhelming hordes through 12 unpredictable combat zones.

Extraction breaks the gritty room-clearing realism of the franchise with a more traditional FPS feel. There is a hint of tactical depth through stealth and intense close-quarters combat. Since its launch, it has reached 5 million unique active players.

Teams range in size from one to three players, with missions ranging from:

As you complete levels, your experience and your operators' skills improve. With destructible environments and bullet penetration, you can fire through objects, creating holes in structures and damaging enemies.

You can choose from 20 operators with unique skills, from medic to combat—an operator's death results in an MIA and a unique rescue mission. In a subsequent run, you can rescue and extract your missing operator. These extraction missions are tense and filled with drama.

The game is punishing. Your player's fragility against the aliens is high. So the missions require precision and stealth. You'll need to slowly and tactically creep through alien-infested areas to survive.

IGN states that Rainbow Six Extraction is "one of the boldest games in Ubisoft history." It switches the series' military realism for a gruesome sci-fi world.

Ubisoft released Rainbow Six: Siege in 2015 as a multiplayer-only game with consistent updates over the past seven years. While there is no campaign mode, the backstory outlines that the White Masks terrorist group rises because Team Rainbow is deactivated. Team Rainbow gets reactivated to counter this threat.

The games are tense with high lethality, close face-to-face combat, tactical decision-making, team play, and explosive action. What sets Siege apart from other FPS games is it's more of a chess match with a focus on teamwork and strategy over just strafing.

Siege features a 5v5 multiplayer battle between attackers and defenders over a single objective. You can choose from 65 fictional operators based on real-life counter-terrorism units worldwide, each with unique abilities, weapons, and equipment. Your environment and surroundings are penetrable and breakable - so use them to your advantage. Siege rewards patience, persistence, and cooperation as you make tactical decisions.

Siege recently passed the 80 million player mark, adding 10 million players over the past year, and is one of the most prominent multiplayer shooters on the market. The last Six Major Tournament of 2022 will take place in Sweden, from November 21 to 27, at DreamHack Winter! Acer Predator is an official sponsor of the Six Jönköping Major. The future continues to be bright for Siege.

These are just five of the best Tom Clancy's Rainbow Six games. If you're a fan of the legendary tactical FPS, you'll want to check them out.