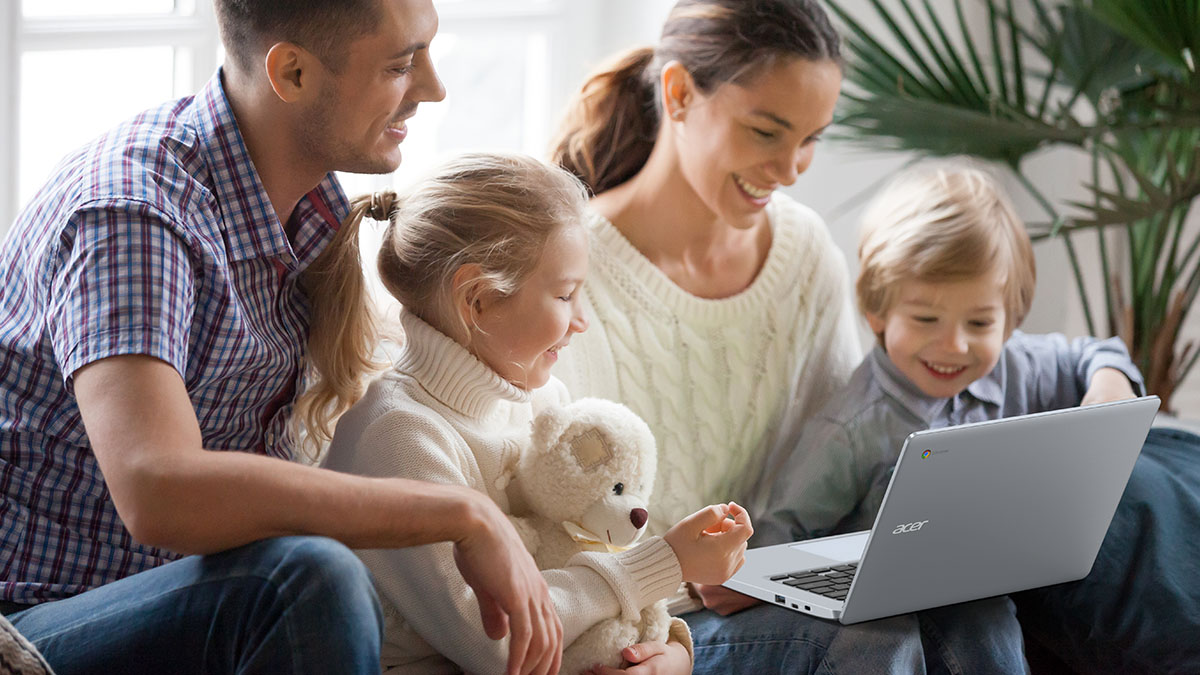 Looking to expand your gaming library? While there are plenty of PC kids games you can find for free, Xbox Game Pass unlocks a whole new world of high-quality games that you can play on your new Acer PC. And with new games constantly added to the line-up, there’s something for everyone in the family to discover and enjoy.

Get ready for a gaming day with the family. Here are some of the best kids Xbox games you can play on your PC with Xbox Game Pass PC:

Released in 2019, Bug Fables: The Everlasting Sapling is an action-adventure game from indie developer Moonsprout Games.

In this RPG, you’ll follow three heroes—Vi, Kabbu, and Leif—as they embark on a dramatic quest through the kingdom of Bugaria. Here, insects from around the world convene in search of special treasures.

Your mission is to help Vi, Kabbu, and Leif locate the Everlasting Sapling, a special treasure that will unlock the superpower of immortality. To help them get it, you’ll have to explore the foliage of Bugaria, traversing unique areas like the treacherous Snakemouth Den, the picturesque Golden Hills, The Lost Sands, and more.

With over 30 sidequests and 15 optional bosses, Bug Fables: The Everlasting Sapling is never boring, and the unique animations give this game a Paper Mario-feel that retro fans will love.

If you’re looking for a family-friendly PC game to introduce to the kids, this Metacritic award-winning single-player game is sure to be a new favorite.

Looking for something a little more daring with your Xbox Game Pass? Try out Burnout Paradise Remastered.

Originally released in 2008, this action racing game has long been considered one of the greatest arcade-driving games. Released again in 2018 with new technical enhancements from Stellar Entertainment for greater visual fidelity and authenticity, Burnout Paradise Remastered is a can’t-miss choice for families with an Xbox Game Pass.

The game is set in Paradise City, where racers must traverse downtown avenues, mountain roads, and other dynamic terrain. With ten different tracks and 150 playable vehicles, cars, and bikes, Burnout Paradise Remastered challenges players to show off their racing skills.

Plus, you can play this multiplayer game with up to eight players, making it a great option for family game nights. Or you can play with your friends online, joining forces to take on hundreds of different online challenges.

If you’re on the hunt for PC kids games that will impress, don’t miss this one. Brand new from Rose City Games, Floppy Knights makes a game of yesteryear’s floppy disks.

In this indie strategy game, you’ll play as Phoebe, a brilliant young inventor, and Carlton, her robot-arm bestie. Phoebe’s mission is to save up enough money to move out of her parents’ home. But while there are plenty of odd jobs around town, Phoebe can’t do everything at once! Enter her latest invention, Floppy Knights: tangible projections Phoebe summons from floppy disks to help her take on new challenges.

With these Floppy Knights, you can summon allies from three different decks: the Plants Deck, the Monsters Deck, and the Hooligans deck. The objective is simple: select your knights; hone your chosen deck; and then use tactics and card game mechanics to survive each battle.

Throughout the game, you and Carlton will explore volcanoes, caves, and forests as you engage in turn-based battles. With a unique mix of retro technology and magic, Floppy Knights offers a unique world of hand-drawn visuals that your kids probably haven’t seen before, making it an exciting game to dive into on the next rainy Saturday afternoon.

With an Xbox Game Pass, there is no shortage of daring adventure games you and your family can play on your PC. Another must-have for your kids’ library of games is Flynn: Son of Crimson.

Released in 2021, this 2D action-adventure game from Studio Thunderhorse takes on a 90s inspiration that’s sure to thrill. The game is set on Island Rosantica, where you play as the hero, Flynn. When Flynn realizes that the magical barrier between Rosantica and The Scourge has started to crack, he knows he must stop it—or else, the island will be overrun by dangerous creatures.

As Flynn, your mission is to learn how to master the art of Crimson Energy, the only force that can protect the island from The Scourge. Along the way, you’ll be accompanied by Flynn’s faithful companion, Dex, Guardian Spirit of the Land.

Flynn: Son of Crimson gives players the chance to become masters of the elements, discovering the power of the Crimson Energy through the Crimson Sword, the Crimson Axe, and the Crimson Claws.

With unique characters including everything from an enchanted goddess to a powerful overlord, this game will introduce a world of mythical adventure to everyone in the family. 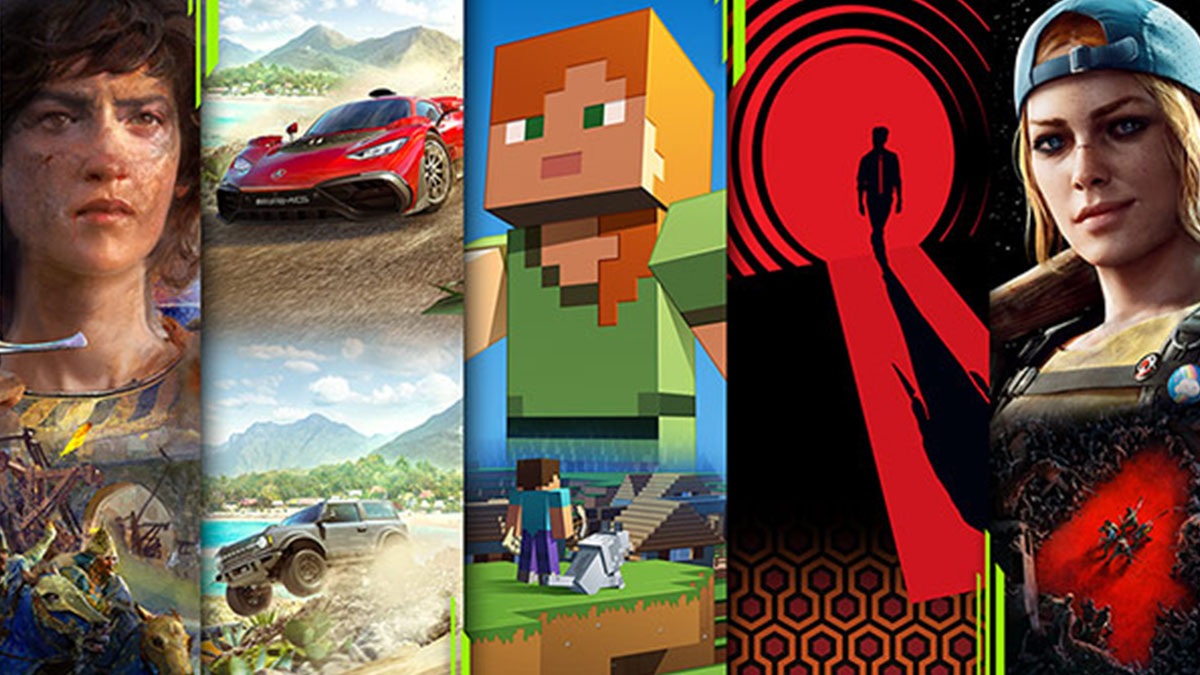 Finally, Forager is one of the family-friendly games you don’t want to forget about.

Released in 2019 by developer HopFrog, Forager calls itself “the idle game that you want to actively keep playing.”

It’s a single-player, action-adventure game that puts the focus on exploration, farming, and crafting. You choose to play as a gatherer, farmer, merchant, adventurer, or builder. And your mission is to … achieve anything you want!

By gathering, collecting, and managing resources, you can build and grow a base out of nothing. And as you buy more land to continue exploring and expanding your base, you’ll learn how to craft useful items and structures, like roads, farms, animals, vegetables, and other goodies and treasures. Every time you level up, you’ll learn new skills and abilities that you can leverage to solve puzzles, find secrets, and even raid dungeons.

The magic of this 2D open-world game is that you get to build your future as you see fit.

With over 100 high-quality games you can play on your PC, you’re sure to find a new favorite game that the whole family will love with Xbox Game Pass.