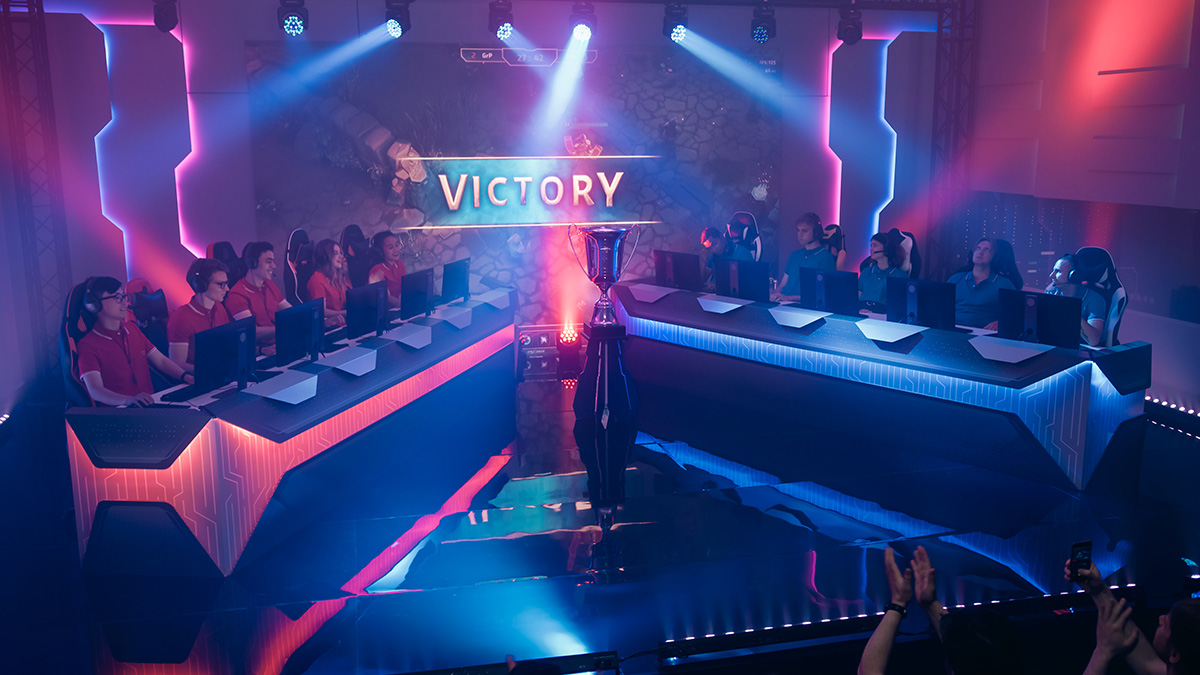 Get ready for the ultimate showdown in 2023 with the world's biggest and most exciting esports tournaments! From massive prize pools to record-breaking viewership numbers, these events are sure to be marked in your calendar.

To determine the top tournaments, we've looked at three main factors: the size of the prize pool, the level of viewership, and the game's popularity. These criteria come together to create a list of the most epic events in the world of esports. If you're a fan of competitive gaming, here are a six esports tournaments you won't want to miss:

The International (TI) is an annual esports tournament for the famous multiplayer online battle arena (MOBA) game Dota 2 and it’s not to be missed! It's the most lucrative event in esports, with the highest prize pools and millions of dollars in prize money awarded to the top teams.

Entry is by invitation, based on teams' performance in other major Dota 2 tournaments and their ranking in the Dota Pro Circuit (DPC), a series organized by Valve, the developer of Dota 2. Additionally, some teams may qualify for The International through regional qualifiers, which are held in different parts of the world.

TI is a significant Dota 2 competitive calendar event highly anticipated by players and fans. TI will return in 2023 to Seattle for the first time in five years, with 2020 and 2021 held online due to the pandemic. With peak viewership numbers reaching over 1.75 million and a record-breaking 19-million-dollar prize pool in 2021, it's one of the most lucrative events on the eSports calendar.

The International is a global event that brings together teams from across the globe to compete for the Dota2 world champion title. Don't miss out on all the action!

Get ready for the biggest League of Legends esports event: the World Championship or Worlds! This annual tournament brings together the top global teams to compete for a share of the prize pool and the world champion title. Organized by Riot Games, Worlds typically takes place in the fall and features teams that have qualified based on their performance in regional leagues and tournaments.

The 2022 edition of Worlds kicked off in Mexico, with the final in San Francisco with a massive prize pool of over $2.23 million. It was a record-breaking event, with a peak viewership of 5.1 million tuning in, making it the most-watched League of Legends esports tournament. This success demonstrates the continued popularity and growth of the game and its competitive scene.

Whether you're a seasoned pro or a casual fan, there's something for everyone at this premier eSports event. Don't miss out on all the action at the 2023 Worlds, rumored to take place in South Korea, and likely to be even bigger than 2022. Keep an eye out for more details about the 2023 tournament as it becomes available.

Now in its 7th year, the Six Invitational is the ultimate test of skill and strategy for the best Rainbow Six Siege players worldwide. As the pinnacle of the game's competitive scene, this annual tournament attracts the top global teams. All battle for their chance to claim the ultimate prize: the title of World Champion and a share of the massive $3 million prize pool.

To qualify for the Six Invitational, teams must earn their spot through a rigorous and competitive global ranking system. The 20 teams that emerge on top will travel to Canada for the 2023 edition, where they will face off in intense and high-stakes matches that showcase the best that Rainbow Six offers. The Six Invitational has it all.

With the excitement and energy of a live event, the Six Invitational is not to be missed. The 2022 event in Stockholm drew huge crowds. It reached peak viewership numbers of over 272,000, making it one of the most highly anticipated events in the Esports calendar. Don't miss your chance to watch the action; know that we sponsor it!

The veteran of eSports tournaments began in 2013 with teams battling in the popular FPS game Counter-Strike: Global Offensive (CS:GO). The game's developer, Valve Corporation, organizes this prestigious contest with the world's best teams competing for the World Championship.

In May 2023, the CS:GO Major Championship will be held in Paris, France. The tournament will feature 24 teams competing in three stages for a prize pool of $1,250,000.

The CS:GO Major Championship is one of the most watched and highly anticipated events in Esports. In 2022, the tournament had the 5th highest peak viewership of all Esports, with over 2,113,610 viewers. The 2023 edition is sure to be no different.

Experience the thrill of survival in PlayerUnknown's Battlegrounds (PUBG), the ultimate battle royale game. With high stakes matches and intense gameplay, PUBG has become a mainstay, attracting top teams from around the globe.

The PUBG Global Championship (PGC) is the premier tournament for PUBG, where the best of the best come to prove their skills and claim their share of the massive prize pool. The 2022 tournament was held in Dubai with a massive $2,000,000 prize pool and over 185,793 concurrent viewers to witness the last team standing.

The PUBG Global Championship 2023 is scheduled to be held in November. Details about the tournament, including the location and prize pool, have not yet been announced. However, you can stay up-to-date with the latest news and developments by visiting the PUBG Esports roadmap.

Released in June 2020, Valorant is a first-person shooter game developed by Riot Games with a strong focus on tactical gameplay. At the Valorant Champions, sixteen of the world's best teams fight for the World Championship.

To participate in Valorant Champions, teams qualify through open and closed qualifiers held in 20 regions worldwide. The top teams from each region will advance with the ultimate goal of winning the Valorant Champions event.

In the 2022 Valorant Champions tournament in Istanbul, teams competed for a prize pool of over $1,000,000. VALORANT Champions Tour 2023 is the third official tournament circuit by Riot Games, with the World Championship scheduled for August. Prize money and dates are yet to be confirmed, but it kicks off on February 14.

From the high-stakes action of Dota 2's The International to the thrilling team play of Tom Clancy's Rainbow Six Siege at the Six Invitational, there's something for every fan of competitive gaming. Whether you're a fan of strategy games, first-person shooters, or something in between, there's sure to be an eSport tournament that will keep you on the edge of your seat.