Demakes: A Remake of a Modern Game for an Older Platform 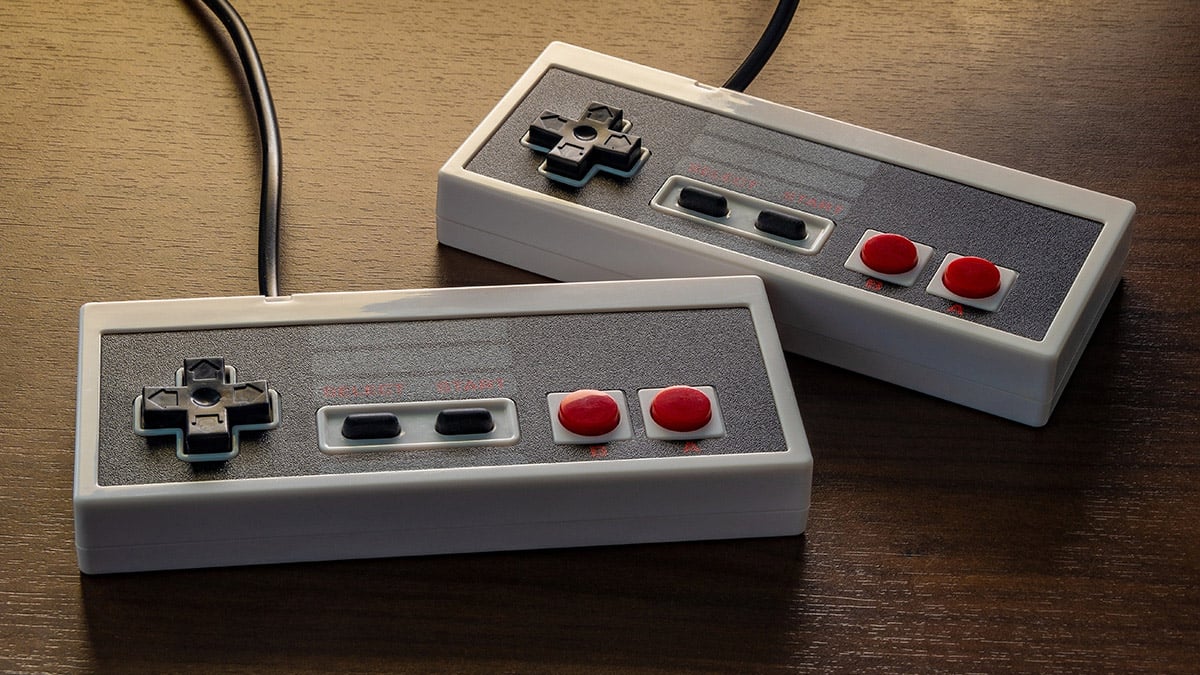 While a video game remake offers an updated version of the original gameplay with more modern graphics, a demake takes a game back to simpler times. Nostalgia is important to fans and while it's great to play your favorite franchise on modern consoles or PCs with the latest technology, it’s also fun to imagine what games may have looked like if they were launched for a classic gaming platform.

A demake is a remake of a game for an earlier or less technologically advanced system than the original. Although the basics of the game and storyline often stay the same, some are even completely reimagined. These new additions use retro sounds, pixelated graphics, and limited color palettes, all while simplifying gameplay. As 3D was limited or nonexistent for earlier platforms, demakes take users back to their wobbly infancy. Others use a 2D environment with either a fixed top-down or side-scrolling perspective. Some games are even stripped back to the bare essentials to replicate games released on the Atari 2600.

Demakes are normally fan projects and are released as freeware. There is no one specific group that demake games and although there are community threads out there on sites such as Steam, Github, and Reddit, anyone can create a game if they have the skills and knowledge to do so.

Are there any problems when it comes to demaking a game?

The biggest problem when it comes to demaking a game is copyright infringement. If a game is created without the permission of the original copyright holder, it’s possible to receive a cease-and-desist letter. A developer could also be sued for copyright infringement. However, as games are usually free to play and chances are that they will be leaked anyway, fan-made games don’t usually face too many legal issues. Other than that, demaking a game is generally considered harmless fun and supported by gaming fans.

As a demake of the 2015 PS4 original Bloodborne, Bloodborne PSX takes gamers back to the mid-1990s and the original PlayStation. The game features the low-polygon style of the era while reimagining the original. It is one of the highest quality demakes in recent years and brings with it hours of nostalgia.

With 8-bit sound and the familiar Game Boy green, Disco Elysium: Game Boy Edition is a classic demake and one of the best-rated. Although the storyline has been narrowed down to fit the platform, fans can play the game in a browser and relive the RPG in a whole new way.

Super 3D Portals 6 is a demake of the classic 2007 puzzle-platform game. Created in the style of the Atari 2600, the ambitious project goes to great lengths to emulate the style of the original.

A demake created in the style of the Super Nintendo (SNES). Soundless Mountain 2 takes on the challenge of recreating one of the best horror games for the PS2, Silent Hill 2. With its simplified controls and great music, the game allows players to relive the chilling atmosphere and the early stages of the original.

Although the original Watch Dogs didn’t quite live up to the hype, the Commodore 64 retro aesthetic is a perfect fit for the demake. Watch Dogs 1985 features side-scrolling combat, drivable vehicles, and a storyline that loosely follows the original.

The Super Smash Bros. demake is a labor of love. Artist and programmer Dan Fornace created the free-to-play PC Game in the style of the original Nintendo Game Boy. Super Smash Land features the same characters from the original while simplifying gameplay. Even the soundtrack sound effects were made completely from scratch to provide the user with a full early 90s experience.

The Legend of Zelda franchise has gone a long way since its 1986 release for the NES. However, Zelda in 16x16 goes a step further, demaking the classic to a point where it mimics playing the game on the Atari 2600. Although the mechanics were adapted for an earlier platform, the original map is still used, and it's remarkable how much it feels like the original. Give it a try right from your browser.

Pixel Force: Halo is a tribute to one of the most iconic games ever released. This 8-bit version of the game is played as a side-scrolling platformer with some top-down levels. Created in the style of the SNES but for the PC, it reimagines the original Halo in a whole new way.

The future of demakes

The future of reimagining current or recent games in the style of older hardware is bright, but also uncertain. The practice has been popular for over a decade, driven in part by an increase in accessibility to the tools and skills needed to create games. Nevertheless, it remains a niche within the wider world of game development.

With the rise of indie gaming in recent years, look for more developers to push into this gaming trend. Fan-made games can generate a lot of buzz, and a well-received demake can be great for getting your name out there. Although we may not see major indie developers join the market for legal reasons, small studios and individuals almost certainly will.

Something that could spike interest is commitments from developers to create their remakes for older platforms. The introduction and success of the SNES Classic Edition from Nintendo and the PlayStation Classic from Sony proved that fans still had an interest in retro gaming. This could eventually lead to a scenario in which bigger studios create their own demakes as a way to drive sales or even create excitement for new additions to a classic franchise.

The one certainty is that demakes will continue to be made as long as there is an audience for them. For some players, they offer a nostalgic trip down memory lane, and for others, they provide a unique perspective on well-known games. Furthermore, they can even introduce a new audience to a franchise. Either way, demakes will be around for years to come.