What are Indie Games? 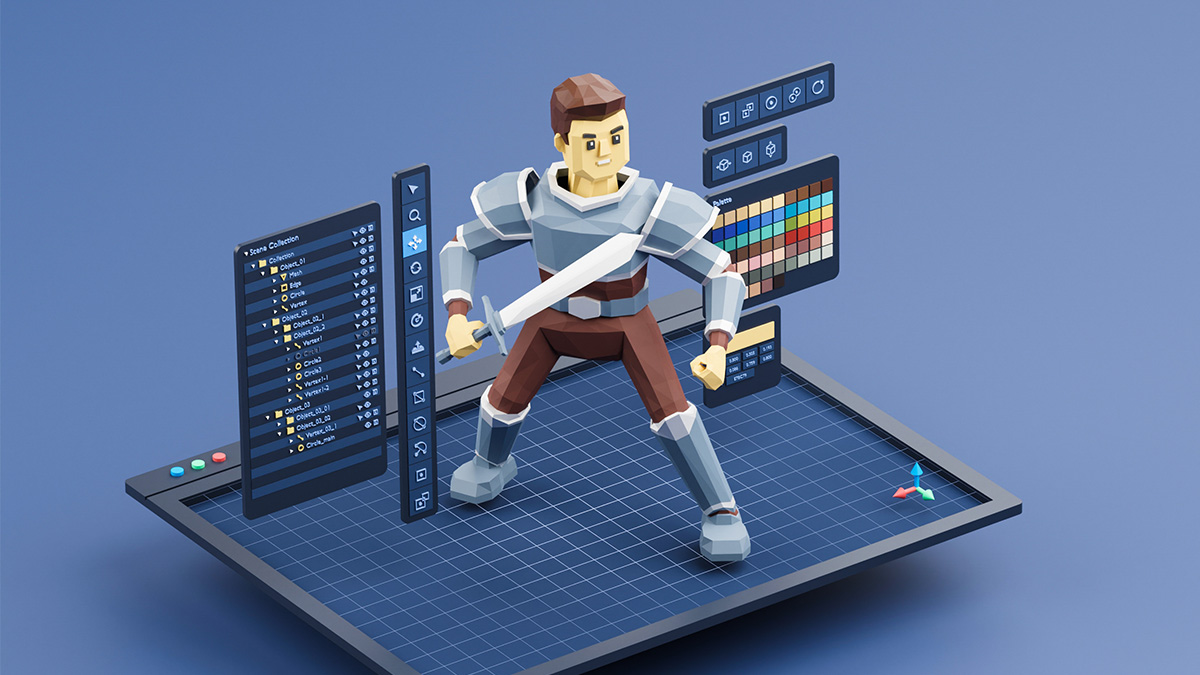 Indie game developers have been responsible for some of the most memorable gaming experiences over the last few decades. However, there is some disagreement on what defines an indie game. In this article, we will dive into how the term indie came about, discuss the history of indie game development, and look at some of the most notable indie titles of the last ten years.

What are indie games?

The term “indie” is just a shortened version of “independent” and indicates that the developers not only created the game but also took care of the marketing and everything else that was required to successfully launch their game.

There are two main steps in creating a video game: first, you have to develop the game itself. Then, you need to sell it. For the development part, a team (or a single person) only needs to have an idea and enough resources to program, design, compose sounds, and create visual assets for the game. Often, developer teams comprise programmers, artists, musicians, and others who should all be paid appropriately for their work, which demands a lot of time and money. That is even before worrying about a legal team, accountancy, and marketing. This is where publishers come in.

Publishers are companies responsible for financing game projects, taking care of marketing, reaching out to journalists who can review the game, and even taking care of legal issues. AAA publishers, like Obsidian Entertainment, even own the copyright of the games they have funded. It is not uncommon for a game idea to come initially from a publisher who owns the intellectual property and who then hires a studio to develop the project. The main goal of a publisher is to sell a game. Developers will often discuss design ideas with the publisher’s marketing team so that the game can sell as many copies as possible.

How are indie games different from regular games?

For small developers working on their first game project, chances are publishers will not be interested. In addition to game development, indie developers have to handle all the work a publisher does. The upside to not having a publisher is that developers get to keep the copyrights of everything they create, which allows them to protect their ideas and also explore their work in future sequels, remakes, or spinoffs. Without a publisher involved, the developers keep their independence. And that is where the term “indie” originally comes from. 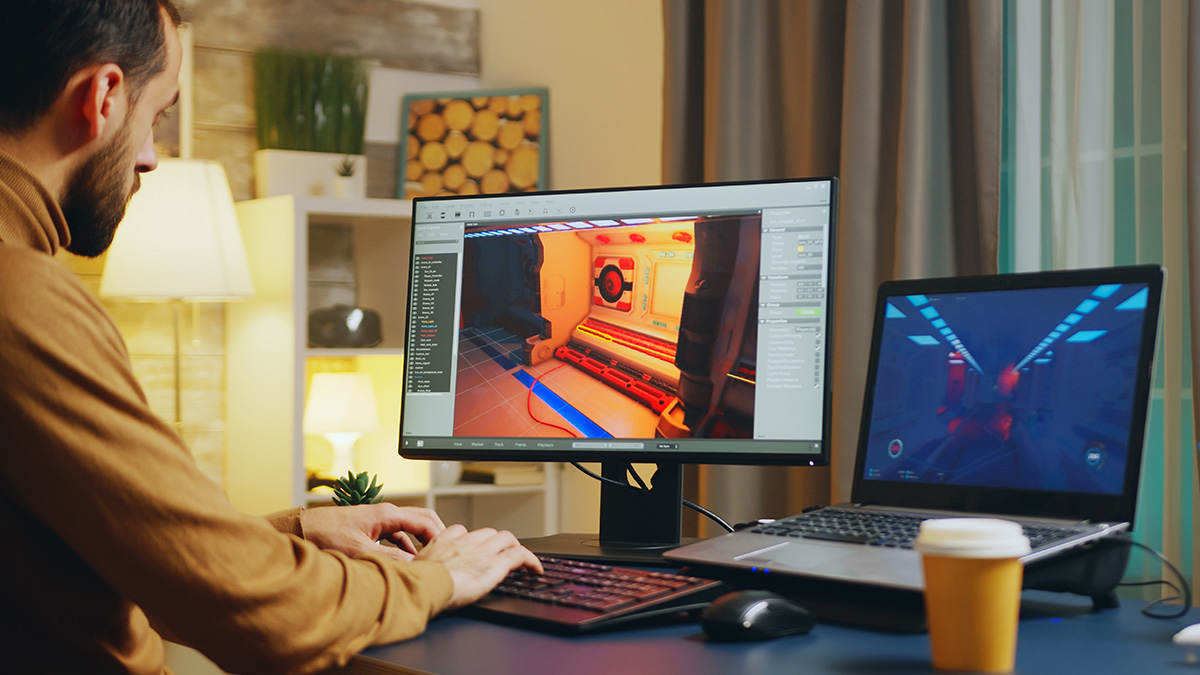 In the early 1980s, gamers moved from consoles to the burgeoning PC market to play and even create their own games. During this era, playing new games on a PC was as simple as coding it yourself from a magazine. If there was a bug, you would have to wait a month before an update was written out for you to copy. Often, you solved bugs yourself. Two of the biggest games to emerge from this early period were Football Manager, created by designer Kevin Toms, and a small shooter called Jetpac. The indie developers of this period sold their games via mail order in the absence of high street retailers.

Over the following two decades, commercial game development and distribution eventually came to be dominated by big publishers and retailers. To survive, indie developers started giving away their games for free in a model called shareware, which encouraged users to rip software sent to them and send it on to whomever they thought would appreciate it, paying for the full version of the game only if they truly enjoyed playing it.

The wildly successful Indie Game: The Movie documentary in 2012 proved pivotal to the growing acceptance of the indie game scene, and three titles, Super Meat Boy, Braid, and Fez, alongside Minecraft, would come to define the Indie Golden Era of the early 2010s and lead the way toward the great titles available today.

What are the best indie games?

A lot of people think of indie titles as cute little games with retro graphics created by one or two people, but indie games can be much more than that. Various indie horror games, platformers, and map exploration games have all been developed. The following are a few notable indie games of the last ten years:

This War of Mine explores the harrowing realities of living amid war. Its resource management, life-sim and exploration mechanics are simple but elegant. Like a grim version of The Sims, players click around to move characters and click on icons to assign tasks such as making food, building, clearing rubble, rifling through resource points, or administering aid.

Undertale is a roleplaying game where a child falls into a world known as the Underground. It is full of monsters, cities, caves, and much more. Combat involves players taking control of a heart and dodging incoming attacks.

In this exceptionally well written game, players take control of a volunteer fire lookout in the Wyoming forests. The main character, Henry, is trying to run away from something. The voice acting is excellent, and the multiple dialogue options also give the game higher replay value.

Having had a farm bequeathed upon you by your dying grandfather, your office drone heads to rural pastures to get up early, plant seeds, tend the soil, and just generally do farm things. Stardew Valley requires you to build relationships, contend with the brutal realities of corporate greed and, of course, ensure your farm proves fruitful. As you build out your farm, you can explore monster-ridden caves, charm or neglect local townsfolk, and even go fishing.

In this Greek mythology–themed game, players take the place of Zagreus, Prince of the Underworld, and proceed through randomly generated dungeon-like chambers. Zagreus’ mission is to escape the realm of Hades, his father, to a new life on the surface. As Zagreus, players have a deceptively simple combat system consisting of an attack, a special, a dash, and a cast, with opportunities to customize their skills through stat increases, status effects, and new abilities.

In this action-adventure game, a young spirit guide named Kena uses her magical abilities to help deceased people move from the physical to the spirit world. Players use Kena's staff to attack enemies and her pulse ability for defense as they collect small spirit companions known as the Rot, who help to complete tasks and battle against enemies.

Where can you buy indie games?

Developers tend to release their games on platforms that offer the best access to their target audience. Three of the most well known marketplaces are the following:

Big-budget games from AAA publishers may be the historic face of the video game industry, but the indies were the creative backbone supporting the very experimentation, personalization, and dedication that laid the foundations of the entire medium from the start.