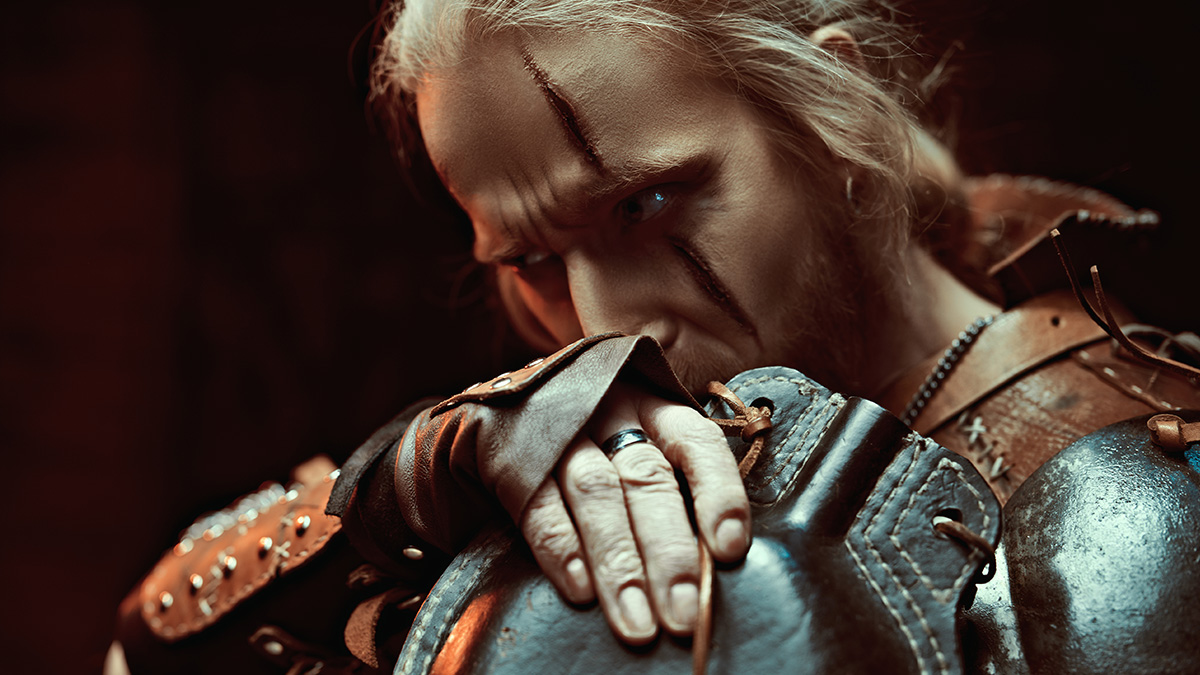 Have you ever wondered if that final saved game, that last level was the end of the road for that really brilliant game? Chances are that it wasn't. Didn't get enough of the game?

Some games, realms, and ideas are so good they translate wonderfully into TV show format. From Castlevania to The Witcher, from Carmen Sandiego to Arcane, TV shows have extended the life of some truly exceptional games. Check out these shows inspired by your favorite game.

In this article, we list some of the ones we think you might be keen to delve into. So, without further delay, let's begin.

2 seasons, Where to watch: Netflix

The Witcher comes in three formats: books, games, and a TV show.

With an IMDb rating of 8.2 out of ten and a Rotten Tomatoes rating of 81%, it's clear that The Witcher was a fantastic series. It came with superb casting and wardrobe/ costuming, and the acting and action were also very high quality.

The Witcher is the story of a soldier, and monster hunter named Geralt of Rivia (played by Henry Cavil) who's trying to find his place in a world where nearly everyone is often much worse than the monsters. It is dystopian, gritty, and earthy, which would be the reality of a world overrun by demons.

There's also a lighter, more cartoony feeling in this fantastic fantasy setting with brutal bloodbaths, mythical monsters, and lots of flesh. There's well-worked (unforced) humor too. Henry Cavill hunts down demons, sprites, and all sorts keeping close to the game while adding extra edge with his quality acting.

The director Romain Lacourbas excellently captured the action with a similar feel to the game, with the camera panning from behind. The storyline follows the pace of the video game and draws you slowly in.

Suited for a more mature audience (17+) than a younger one due to some of the gore and adult themes involved.

1 season (so far), Where to watch: Netflix

Every legend has a beginning. Based on League of Legends by Riot Games, Arcane is a top-rated game and has proven to be an equally good TV series with a 100% score on Rotten Tomatoes.

The show amazed gamers and the Netflix world with its super high-quality production. The show follows close to the game and is set in the sister cities of Piltover and Zaun. It's a fight between two sisters incorporating amazing and magical technology and pits clashing convictions against each other.

The show features Hailee Steinfield and Ella Purnell as the sisters. The show excellently portrays the storyline with class distribution issues. It shows that you can produce a fantastic series without moving too far from the lore of the book or game.

The soundtrack creates the atmosphere with Alexander Temple and Alex Seaver composing both the video game music and the TV series. The show even includes music by Sting.

The show is for a 16+ audience due to some of the events, gore, and themes raised in the story.

4 seasons, Where to watch: Netflix

Where in the World Is Carmen Sandiego? was a fun educational video game series that began in the 80s. As a globe-hopping detective, you follow the clues and must locate the city where the thieves are hiding in less than seven days.

The edutainment franchise has expanded into books, a Google Earth game, and a quirky animated series aimed at the younger ones. Carmen is a master thief who learns her skills at V.I.L.E. Academy but later defects. Now, she turns her skills into good deeds by traveling the globe, stealing from V.I.L.E., and helping its victims. The TV show follows her around the world on new escapades and reveals how she became a clever thief.

Besides great entertainment, video games and TV shows can also be educational. These Carmen Sandiego series exemplify this. You learn about geography and history to hunt down Carmen.

The show throws copious amounts of intriguing facts at the audience relevant to the different countries our heroes travel to. The fantastic voice cast features famous actors like Scott Menville and Rita Moreno. You can hear speakers in their native languages.

Carmen Sandiego is an excellent show for the kids and the whole family, perfect for good fun on a rainy day.

25 seasons, Where to watch: Netflix and Pokemon.com

Stepping back again into the past, Pokémon has been a top-rated game series from the 90s to the present day. Remember POKEMON GO which had over 1 billion mobile downloads worldwide? That took the world by storm.

The franchise began with the first release on the Nintendo Gameboy in Japan in 1996. The TV series followed the original game and extended beyond 1000+ episodes, so you'll have plenty of viewing time.

Game Freak created the Pokémon video game series and is a massive part of many people's childhoods. In the series, we follow Ash Ketchum as he and his pals attempt to catch rare Pokémon from time to time, including Pikachu.

Pokémon was so popular because of its simple but bright and colorful design. Kids saw lots of action and loved the growing relationship between Ash and his Pokémon.

Pokémon was such a popular show hit that hype still exists globally. There's a new movie, Detective Pikachu, which is a further adaptation of the life and lore of Pikachu drawn from the game.

Pokémon would be a delight for everyone. It's a delightful and wholesome series showing kids adventure, learning risk and reward, and compassion. The sheer volume of games and episodes will entertain you for hours (if not days in the end).

4 Seasons, Where to watch: Netflix

Castlevania is a darker horror game and animated TV series aimed at the more mature consumer. It follows Trevor, the sole survivor of the Belmont clan, a vampire hunter, as he fights to save his besieged city from an army of monsters controlled by Dracula.

Fans appreciate Castlevania for its high-quality animation that stayed true to the game. It recaptures the video game's unique, dark, and grisly environment.

The gothic theme is partnered well with the music score (composed by Trevor Morris), giving more depth to the sad stories of the characters. The writing of the characters stands out and creates a dark and intense supernatural drama.

Unfortunately, the show has remained unfinished, but we can hope it is taken up again to give an excellent story a conclusion.

Due to the gore and adult themes, the series is for a mature audience (17+). That complex storyline keeps the audience enthralled and focused on a developing storyline rather than a simple and easily predictable one.

These are five excellent shows based on popular video games. They might inspire you to take that game off the shelf and play again with fresh eyes. If you're looking to keep that buzz you got from playing the games, the shows will help with that. You might even want to check out the others and see something new and watch a great show- and even start on a new gaming journey.

About Malcolm Archibald: Malcolm is an SEO copywriter that helps businesses thrive. He's passionate about languages and helps companies improve traffic, bring in customers, and build a better web presence.