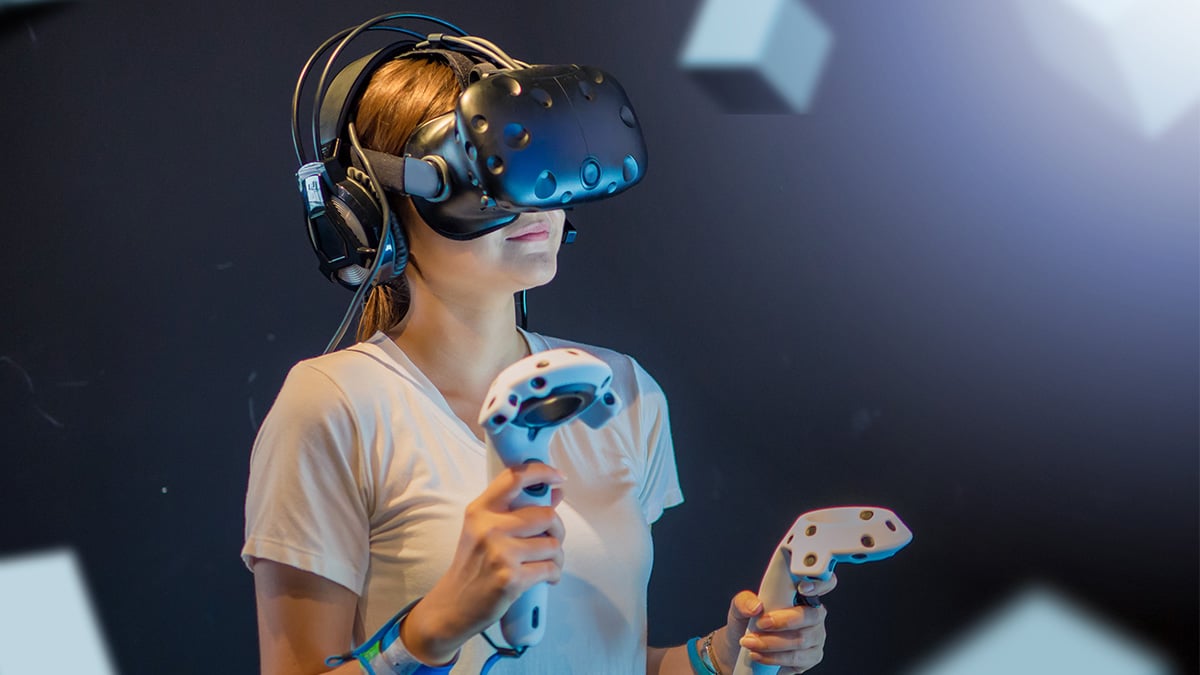 With VR (virtual reality) becoming more ubiquitous and affordable as a commonly used gaming technology due to technological improvements, many PC gamers are becoming interested in VR-equipped devices and PC VR Games. With a compatible headset and appropriately equipped motion controllers, PC gamers can enjoy and interact with virtual worlds ranging from FPSs (first-person shooters) to horror settings, full-fledged classic RPGs (role-playing games), and VR versions of the latest AAA (triple-A) game releases. If you have ever wanted to truly feel the immersion that only VR games can offer, check out the five best VR games that 2022 has to offer.

Fans of the top-rated Half-Life franchise have had to wait for over a decade since the release of the last series title. Having a VR title come out with a campaign that only takes about eleven hours to complete might seem like a bit of a letdown. However, despite the short length of this game, players will be delighted to find themselves playing through the experiences of fan-favorite character Alyx Vance in a prequel set in the infamous City 17 before the arrival of the series protagonist, the physicist Gordon Freeman. The vast majority of gameplay involves the titular Alyx combatting through the dangers present in the city, both Band alien, as you engage in puzzle solving, shootouts and advance research on the vulnerabilities of the modified soldiers known as the Combine. Although this title may leave longtime fans who thirst for more Half-Life content unsatisfied, the impressive gameplay helps to highlight just how far VR gaming capabilities have come in recent years.

Having been one of Bethesda’s most enduringly popular RPGs, set in its long-running world of TES (The Elder Scrolls), Skyrim remains one of the most-played games over the last decade, including a few much-loved DLCs (downloadable content) and several rereleases with subsequent graphic updates. Even without the inclusion of VR technology, the world of Skyrim includes hundreds of quests, NPCs (non-player characters), factions, and political machinations. The sheer size and scope of the game mean that players have put years into playing without completing the main questline. Being able to experience the glory of Skyrim’s varied climates, real-time weather systems, and first-person melee, ranged, or magical combat through the power of VR provides the icing on the cake of one of the best games in recent history.

Set in the far future where humans have developed the capacity for interstellar travel, the protagonist of Subnautica is aboard a passenger ship that crashes into the watery exo-planet only known as 4546B, leaving them as the only survivor. Complicating matters even further is the fact that an ancient alien planetary defense system called the Quarantine Enforcement Platform has eliminated the possibility of outside rescue. So, in addition to keeping yourself alive in a fascinating yet hostile undersea alien world, you must construct tools, buildings, vehicles and more while shutting down the Quarantine Enforcement Platform and uncovering the hidden history of 4546B. Whether you are keeping to the shallow reefs or exploring the outer reaches where the dreaded Ghost Leviathans lurk in darkness until striking, you can enjoy the world of Subnautica in VR like never before.

If you have ever dreamed of what it would be like to be Marvel Comic’s Tony Stark and command the awesome power of the Iron Man suit, this game will let you do just that. Placing the player behind the HUD (Heads Up Display), recognizable to any fan of the MCU (Marvel Cinematic Universe) Iron Man suit, you can soar around firing off repulsor ray blasts delivering mechanically enhanced beatdowns to a plethora of opponents. Although fans of adherence to the plotlines established by the actual comics may be a bit let down by the original story, having the ability to customize elements of the Iron Man suit and its loadout between missions helps bring a great element of personalization and immersion to this title. Although this game is primarily designed for use with the PSVR system, adding the appropriate third-party software to your PC like PS Move Service and Trinus PSVR apps allows you to enjoy the same experience on your own PC without purchasing a new VR headset.

For those who prefer high-octane games that put you directly in the hot seat of the action, Superhot VR will help you live out your fantasy of being the protagonist of The Matrix. This game combines FPS elements with motion control to let you stop time in-game while you aren’t moving in real life, allowing for a mix of fast-paced action and strategic combat as you clear levels of enemies with every weapon at your disposal. Whether you want to dispatch your enemies directly with blades and bullets or prefer to stun and distract your foes by pelting them with water bottles and coffee mugs, you are free to perform as you like. Keep in mind that while your foes can be eliminated with a single well-placed strike, the same rules apply to you, so be wary of leaving yourself exposed for too long.

Before purchasing any of these titles, you should check to ensure they are compatible with your existing VR headset or if another device is required. Please be always aware of your surroundings to avoid accidental injuries as well as damage to valuable electronic equipment.