What is the Metaverse and Where Do I Start?

RickyYeh
May 26 edited May 26 in Acer Corner 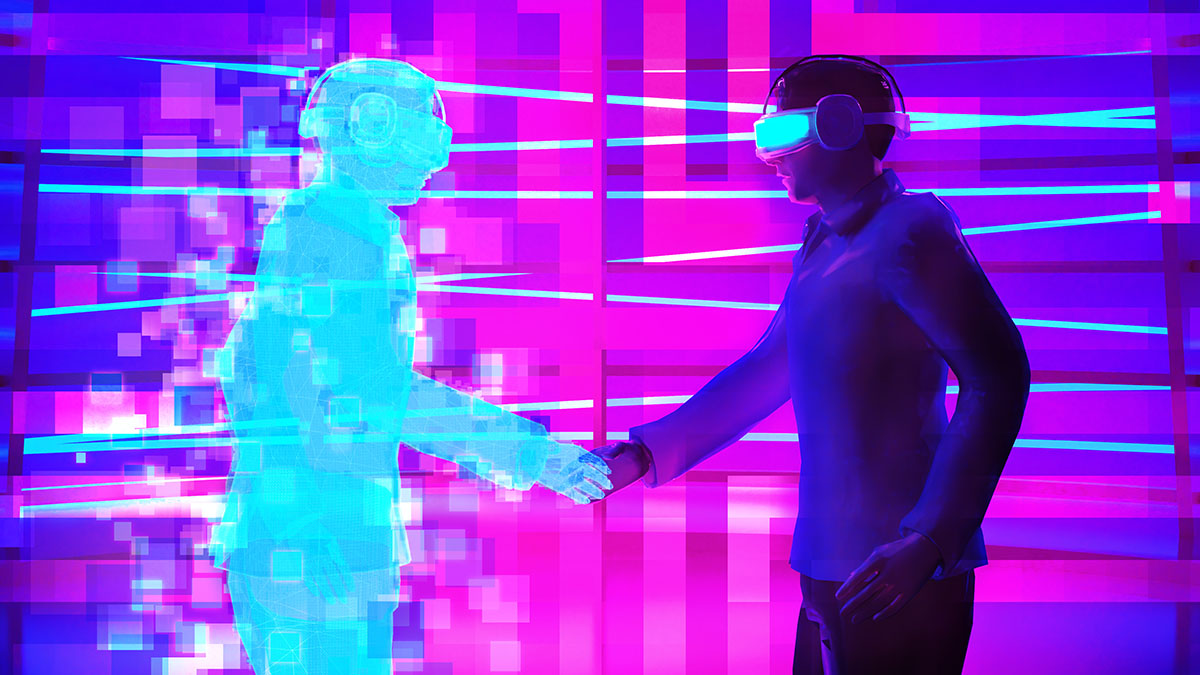 Anyone who bought their first car in the 1980s would’ve never imagined self-driving electric cars filling our roadways just a few decades later. But, that’s a reality nowadays. Technology moves so rapidly it’s hard for anyone to envision the future.

Much of our technology today was science fiction just years ago. Because of this, many are underestimating the brilliance of the metaverse. Witnessing things we’ve only seen in movies become real-life technology available to all seems like a stretch. It almost seems impossible, but it might not be as far off as many believe.

For now, the present state and future possibilities of the metaverse are vague and being defined moment by moment. With the amount of money flowing into building the foundation of the vision, it’s important to have a firm understanding of what’s most likely our future.

What is the metaverse?

The metaverse is an answer to the natural human desire to explore and immerse ourselves within alternate realities. Despite the complexity of the metaverse, understanding what it is on a fundamental level is simple. In fact, most of us have already experienced the metaverse.

The metaverse is any open and shared space hosted virtually in which users can play, connect, create, collaborate, trade, and consume. While many renditions of the metaverse have existed for quite some time, virtual and augmented reality technology combined with virtual currencies have created our “next big thing.”

What does “metaverse” mean?

Understanding the metaverse starts with looking at the word itself: beyond (meta) our current space or universe (verse).

In 1987, Jean Baudrillard used the term “metaverse” to refer to the ways in which media and technology formed the world we experience. Snow Crash, the 1992 novel by Neal Stephenson, introduced the idea of the “metaverse” in a manner more similar to what we’re seeing evolve today. Though still not exactly what Stephenson described, the fundamentals of his vision are still there. Like many emerging innovations, it’s not a totally novel concept.

One of the most popular early evolutions of the metaverse was Second Life, a virtual world game created in 2003. It was a world inhabited by real people who, under the guise of an avatar, could play, collaborate, and connect with one another.

Have I already used the metaverse?

It’s important to remember the metaverse isn’t a single thing. While Mark Zuckerberg is at the forefront of creating a brand-new vision for this with Meta, the term metaverse is a broad idea and Mark Zuckerberg’s rendition is just one version. Perhaps one day, the metaverse will be completely connected but for now, it’s a number of separate concepts only loosely linked.

In essence, it’s a next-generation social media network made revolutionary by virtual and augmented reality technology. The metaverse offers a shift in how we do things that we’ve always done. It’s similar to how the term “internet” evolved throughout the years.

Social media networks exist in abundance though. Most of us have shared virtual spaces with others where we’ve connected and collaborated. Does that mean the metaverse is already here? Well, yes. Versions of it exist all around us.

We have digital spaces where users can watch virtual concerts, purchase virtual real estate, buy a soft drink, build a house, sell an NFT, and attend a business meeting. Just because we’ve developed the first iteration of the metaverse doesn’t mean the term (and the evolved vision itself) won’t be totally unrecognizable from where it began.

One prominent characteristic of the metaverse is its immersive environment. To explore the metaverse in its ideal form, certain technologies are needed. The metaverse relies on virtual reality (VR) and augmented reality (AR) as the backbone that enables the best metaverse experience. What distinguishes VR and AR from 3D movies or simulations is the ability for the user to interact with the reality in which they find themselves.

What’s the difference between VR and AR?

The main difference between VR and AR is where the user “feels” they are.

VR gives the user the chance to feel like they are fully immersed in a virtual world. The user’s vision of the real world is cut off and a headset replaces that visual field with a virtual world. It is a fully immersive and interactive first-person view of an alternate reality.

AR only supplements (augments) the real world. The user remains in the real world, but the visual field is enhanced by virtual content. Most AR technology relies on glasses, not goggles. These glasses improve the real-world visual field with information, visual elements, music, and more. It’s immersive and interactive but not quite to the degree of VR.

With VR and AR technology booming, the potential for the metaverse continues to grow. While AR has many interesting metaverse applications, it’s VR that takes the spotlight.

How does the cutting edge of the metaverse look today?

So, what exactly are people using these early models of the metaverse for? Check out these interesting applications:

Exploration: Fully immersive virtual environments are what many of us imagine as the emerging metaverse available to us. These versions of the metaverse allow users full immersion into an alternate reality. Inside these alternate realities, users can take on an avatar, play, collaborate, and interact with other users.

What are the most popular places where I can do my own exploration of the metaverse?

Minecraft: an endless sandbox game where players are free to build and destroy a world of pixelated 3D blocks

Roblox: a game in which to play, create, and share inside immersive user-generated worlds

Facebook Horizon: a social experience where you can explore, play, and create with others in VR brought to you by Facebook

Pokémon Go: the innovative augmented reality game based on the popular Pokémon franchise

Second Life: the original game where players could create an avatar for themselves and have a second life in a virtual world

Entertainment: Impressive collaborations have accelerated the metaverse to popularity. Fortnite, for example, has joined with popular artists like Ariana Grande and Travis Scott. Inside the metaverse, these artists have hosted concerts to huge audiences full of raving fans. With beautiful theatrics and unlimited creative freedom, the metaverse is delivering a fascinating experience for many fans.

Meetings: Since 2020, the way we work has changed drastically. With remote work becoming the norm, the metaverse will surely be an integral part of our work life. Bill Gates predicts “most virtual meetings will move from 2D camera image grids to the metaverse, a 3D space with digital avatars" very soon. This will be a shining example of how the metaverse is aiming to improve our lives. Meetings on the metaverse would be an immersive experience, much different from the flat, two-dimensional experiences currently held on Zoom.

Real estate: Virtual real estate (and the staggering numbers we’ve seen property sell for) is an indicator of the potential of the metaverse across a number of industries. Some virtual properties in the metaverse have come with multimillion-dollar price tags. With metaverse options like Decentraland and Sandbox, users can explore and purchase virtual property. Even celebrities are investing in these virtual real estate deals.

When is the “real” metaverse launching?

Those who plan to enter the metaverse today and witness the mindblowing potential that’s been promised might be a little disappointed at what’s available.

A fully immersive, interactive, and interconnected metaverse is still a number of years ahead of us. Despite the hype (however deserved it is), there are limitations to what the metaverse is.

What are the limitations? Currently, we don’t have the online infrastructure to support billions of people on a central metaverse at once. Additionally, a beautifully rendered experience on the metaverse isn’t quite possible yet due to suboptimal internet connections. Choppy, glitchy animation is a frustrating experience, particularly in the virtual world.

That said, there are still many metaverse options you can explore today. Most worlds require some sort of account registration using a stable internet connection. Some options are stricter, requiring access to cryptocurrency in order to buy and sell digital assets like NFTs.

Although the metaverses you’ll be exploring won’t quite be to the caliber of the alternate realities depicted by science fiction films, getting into the metaverse now is a great way to get in on the ground floor of very promising innovation. To begin your metaverse journey, check out our previous examples of the metaverse listed above.

The future of the metaverse

The power of the metaverse is undeniable but It’s not without critics. Some critics are dragging their heels, refusing to pay attention to this emerging technology. Others criticize the current evolutions of the metaverse for not being anywhere close to the ambitious visions being set forth by its strongest proponents.

One thing is certain though: the evolution of the metaverse marks the beginning of a new era in our technological lives. This technological shift will no doubt permeate nearly every aspect of our lives in the future. While some see the technology itself as the biggest draw, many are flocking to these virtual realities to seize the abundant opportunities available right now. As is the case with so many innovations, it pays to be an early adopter.