RickyYeh
May 25 edited May 25 in Acer Corner 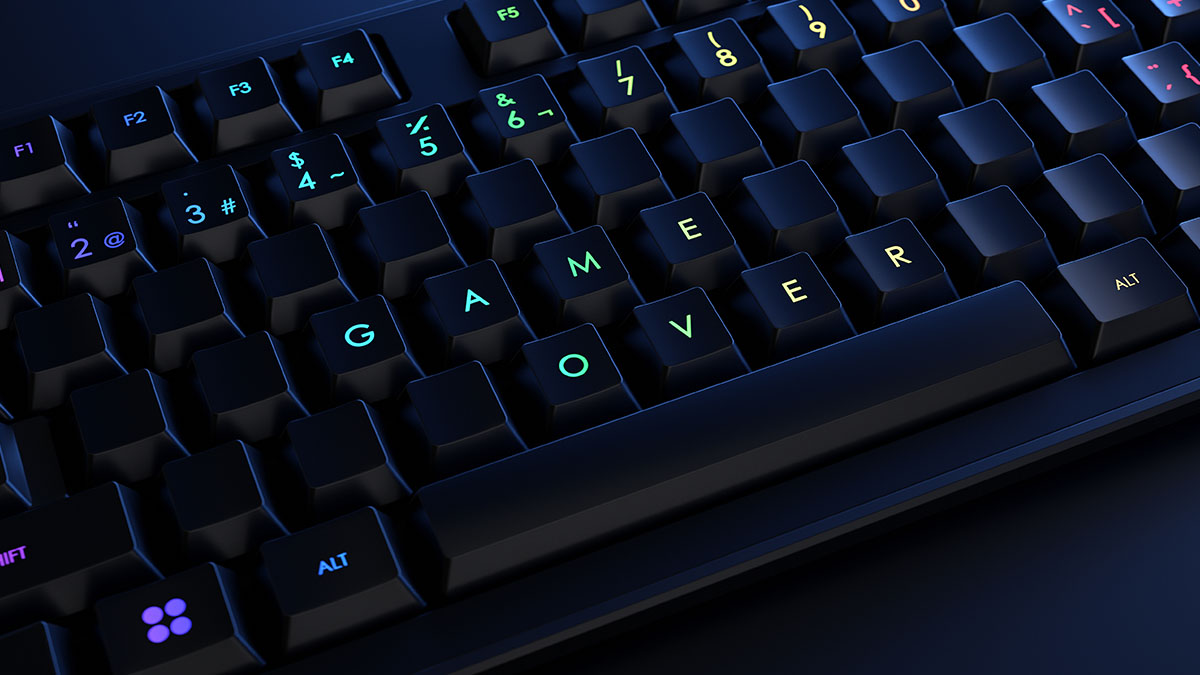 AFK means "away from keyboard." When you type it in chat while playing a game, it tells your teammates that you will be unavailable for a while.

“I can’t believe you went AFK when we were under attack!”

Noob means a new player who lacks experience in the game. It's often used derogatorily to refer to someone who is not skilled at a game—also written as n00b.

GG is short for "good game." It's a sign of respect used at the end of an online multiplayer game to congratulate your opponents. "GGWP" (good game, well played) is also used.

A smurf is a skilled player who uses a different account to play against lower-ranked players. They pretend they're new and dominate their opponents since they're much better at the game!

"I made a smurf account on League of Legends."

A misspelling of the word "Owned." When a player is victorious against another in a game, they are said to have PWNED their opponent.

Aimbot is cheating software or a game hack that allows users to aim automatically and auto shoot in FPS games. It's illegal to use in online gaming and can result in your account being permanently banned.

Camping is a gaming term used to describe a strategy in video games where players sit in one place instead of continually roaming around the map. It's typically used in FPS games like Call of Duty to gain an advantage over the opponent. People who do this are called campers.

The gaming term Bot refers to a computer-controlled character in the game. In most games, bots are non-playable characters (NPC). Some multiplayer game modes let you play by yourself against bots.

Buff and nerf are terms used to describe changes in a game. A buff is a change that makes something more powerful. Conversely, a nerf is a change that reduces the power of something. The gaming slang nerf comes from Nerf toy guns as they’re less dangerous.

Buffs and nerfs are typically used to balance the characters or weapons in an online game.

A "toxic" player is rude to his teammates or the opposite team. These toxic players make the match environment unplayable by yelling, saying mean things, or throwing the match.

NPC stands for non-player character. NPCs are usually computer-controlled characters in video games that you can talk to and sometimes fight. They can provide you with quests or help you get around the game world. In-game enemies, allies, and neutral characters can all be described as NPCs. The opposite of an NPC is a player character or PC.

Bullet sponge is a non-playable character (NPC) who is hard to kill. They take many bullets to die, thus the slang - bullet sponge.

An acronym for "Good luck, have fun." It's a salutation at the beginning of a game, usually a sign of goodwill.

DPS is an acronym for "damage per second" in multiplayer online gaming. It's used as a:

Stands for "Be right back." It indicates that the person will temporarily leave the game and return later.

Like their real-life counterparts, video game Easter eggs are hidden messages or features in games. This can include a slight nod to another title in the series, a funny message hidden by the developers, or similar.

First-person shooters are a genre of video games where you see the world through your character's eyes instead of a camera behind them. These games usually show you a weapon in your floating hands, as if you're the character.

Player versus player is a game where players compete against each other to achieve the highest score. Rocket League, Call of Duty, or Mortal Kombat are all PvP games.

Some games use the Elo rating system to measure a player's stats and performance. If a player wins more than expected, their rating is higher. If they lose more matches, their rating goes down. Players believe that they can't win games because the game chooses teammates with inferior abilities rather than their own skill.

Elo Hell is the phenomenon where more skilled players cannot advance their ranking because of poor teammates. The game's matchmaking algorithm would pair higher-skilled players on the same team as lower-ranked players, who would drag the better player down with their poor performance. Its existence has been debated.

Cheesing in video games means using a cheap tactic to complete a task without much effort. For example, you might repeatedly use a specific, powerful combo against your opponent to beat them. You can also cheese in a single-player game by finding an easy workaround to a challenge.

When you use an ability in some games, you have to wait a certain amount of time before you can use it again. This waiting time is called a Cooldown or CD. Cooldowns are often used for balancing purposes. More powerful abilities often have more extended cooldown periods than less powerful abilities.

A game lag is a delay between the players' actions and the game server's reactions. It can be frustrating because it interrupts gameplay during online gaming.

Ragequitting is when a player leaves the game in anger, often because they are losing. It's considered bad sportsmanship and can ruin the game for other players. In competitive or ranked games ragequitting can result in account bans for the offending player.

The gaming term OP stands for overpowered. If there's one weapon or character that everyone picks because it's clearly better than all others, it's OP.

Players who "instalock" immediately choose a specific character during character selection so no other player can choose it. In multiplayers like League of Legends, players who instalock choose this character regardless of:

Ganking is the act of a more experienced player killing someone who has no chance of defending themselves because they are weak, outnumbered, or caught off guard.

"I got ganked in the building—never saw it coming."

Grinding is when you do repetitive tasks to gain experience points (XP) and/or gold to progress through the game. An example of grinding is killing the same set of opponents repeatedly. This is done to earn XP and/or gold to purchase in-game items and speed up the process.

RNG means "random number generator." Game developers use RNG to determine random events, like your chance at landing a critical hit or picking up a rare item. RNG is why you have to kill the same enemy 50+ times before getting an item in Elden Ring, or why you need to hatch 100+ eggs to get a shiny Pokémon.

Stands for "Too Long Didn't Read." TL;DR (with a semicolon) is a different spelling variant. It describes a lengthy article that the person did not bother to read.

Whether you're new to gaming or have been around for years, it's essential to understand the terminology. These 32 terms and slang will help you get started!