G-Sync vs FreeSync: Which is better? 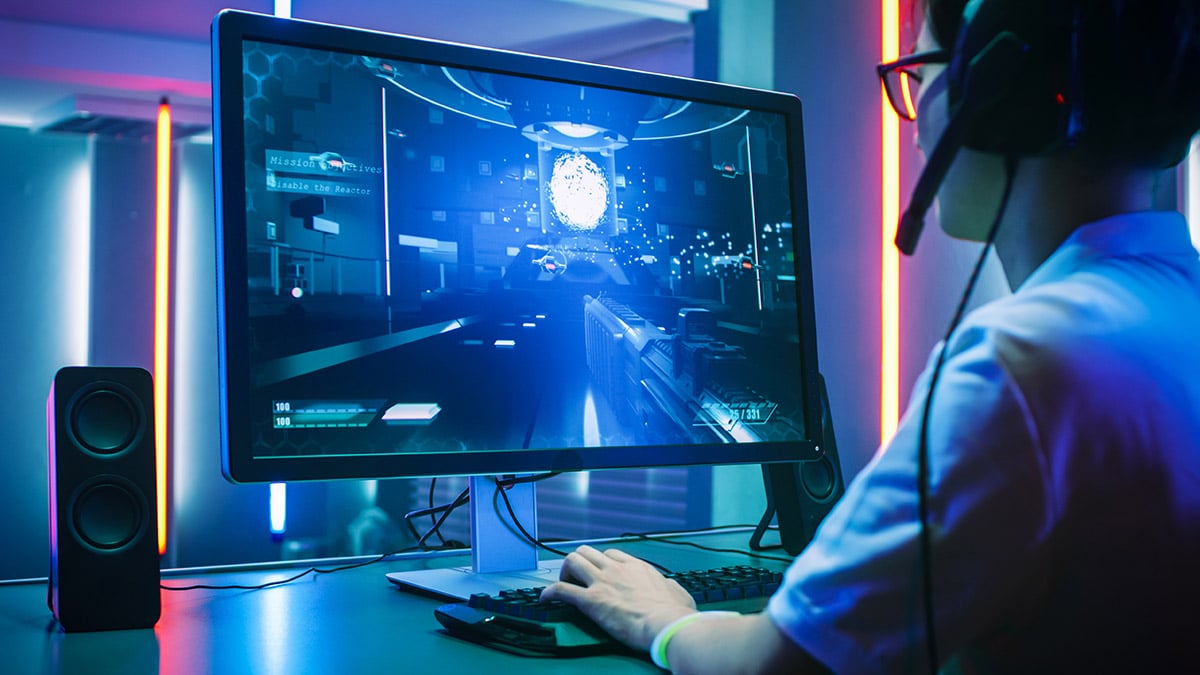 A PC gamer who has dealt with screen tearing knows how frustrating it can be. Lag and parallel lines detract from your gaming experience. NVIDIA and AMD use Adaptive-Sync technology to solve this problem. They improve monitor performance by matching your screen's refresh rate with your graphics card. Adaptive-Sync is critical for GPU-intensive games where your computer might not be able to render at higher frame rates.

Now, even gaming laptops are getting in on the action. If image quality and performance are your top goals, G-Sync or FreeSync will suit you. Based on your NVIDIA or AMD graphics hardware, you'll select the same Adaptive-Sync brand.

Choosing monitors and graphics cards can be tricky because of the vast choices. It's challenging to know which approach is best for your system.

Let's look at each one to discover which one is best for you.

What is Screen Tearing?

Games render each frame individually, and the rate varies widely depending on your PC's graphics card (GPU) processing power. If your monitor has a fixed refresh rate, screen tearing occurs when the display's refresh rate surpasses the GPU's retention capability. These unattractive tearing patterns develop when a fresh frame stacks on an existing one. Under stress, the GPU can only create incomplete frames.

Adaptive-Sync tackles this problem as the monitor's refresh cycle syncs with the GPU rendering rate of each video frame. It syncs even if the rate changes. The monitor draws each frame before the video card sends the next one, eliminating tearing. Now, buffered frames aren't sent while waiting.

As a result, the monitor refreshes once a new frame is ready to display. Adaptive-Sync improves the visual appearance of games and the fluidity of movement.

The two Adaptive-Sync technologies are:

Display manufacturers meet their certification requirements. Both smooth out gameplay, reduce input lag, and prevent screen tearing. Generally, you can't mix and match the two technologies. It will depend on your GPU. Read on to discover the key differences between them.

NVIDIA first released G-Sync to the public in 2013. G-Sync adjusts its output rate when the GPU speed is out of sync with the monitor refresh rate. G-Sync technology has an effective range of 30 Hz up to the maximum refresh rate of your display. So, if your graphics card pushes 60 frames per second, then the monitor shifts to 60Hz. Or, if the FPS count decreases to 30, the display changes to 30Hz. G-Sync solves the tearing problem while retaining responsiveness.

They come in three levels:

Certified monitors need a NVIDIA G-Sync processor. If the frame rate is below 30Hz, G-Sync doubles the refresh rate to improve tears. G-Sync is also effective at eliminating fading.

G-Sync Ultimate can run at 144Hz or higher displays. It's perfect for high-end PC gaming and online competition. Low latency gameplay, calibrated sRGB/P3 support, and HDR support are all included.

Now, FreeSync monitors which run on AMD can be G-Sync Compatible. NVIDIA certifies them to ensure you'll have a reasonable variable refresh rate (VRR).

Released in 2015, FreeSync is a standard developed by AMD for its variable refresh rate technology. It reduces screen tearing and stuttering when the monitor doesn't sync with the content frame rate.

This standard is open for manufacturers and doesn't need any proprietary hardware. So it's popular as manufacturers can use it without paying royalties to AMD. But, some manufacturers only support the feature within a limited frequency range, reducing its effectiveness. G-Sync can work at 30Hz.

The most basic level supports HDMI 1.4 and DisplayPort 1.2a and runs at 60Hz.

On top of the FreeSync tier, it adds Low Framerate Compensation (LFC). LFC automatically starts to prevent stuttering and tearing. When the framerate drops below the monitor's minimum refresh rate, it repeats frames to help games run smoothly. Plus, certification requires at least FHD resolution at a 120Hz refresh rate.

FreeSync's lower cost for supporting displays makes it a viable alternative to G-Sync. Due to its open technology, FreeSync monitors are more common than G-Sync displays.

Many gamers play without Adaptive-Sync. Faster refresh rates are more critical to your gaming experience than Adaptive-Sync technology. The higher the Frames Per Second (FPS), the more realistic the experience. The new standard is a 60 or 120Hz monitor, which runs at 60 or 120 FPS.

FreeSync offers a fixed "range" of framerates, so it's limited to manufacturer specs. G-Sync doesn't have these same framerate restrictions. So, you'll need to research FreeSync monitors' frame rates more than their G-Sync rivals.

Since G-Sync monitors use the same NVIDIA-made hardware, they have low input lag. In contrast, FreeSync monitors are in the same position as standard non-adaptive monitors. It doesn't mean that FreeSync screens have higher input lag, but you should check reviews for an input lag measurement before purchase.

Pricewise, AMD has a clear advantage over NVIDIA graphics cards. FreeSync would be more sensible if you're on a small budget.

Which is better for HDR: FreeSync or G-Sync?

Both AMD and NVIDIA have released new iterations of their Adaptive-Sync technology for HDR.

G-Sync and FreeSync are the best on the market for quality. G-Sync Ultimate offers the best HDR support if money isn't a factor.

A vast range of G-Sync and FreeSync monitors can fulfill any need. Pick the technology that works with your computer: G-SYNC if you have an NVIDIA graphics card, and FreeSync if you have an AMD graphics card. The amount of input lag or ripping separates the two standards in the first place. For those who don't mind slight tearing, the FreeSync standard is an ideal choice. Otherwise, choose a G-Sync monitor if you don't mind input lag and prefer smoother motion without tearing.

Keep in mind that while any display will work with any graphics card, enabling G-Sync and FreeSync requires NVIDIA or AMD GPUs. So look at your graphic card first.

G-Sync and FreeSync both deliver exceptional quality. So, due to the lack of technological differentiation, it will come down to other purchase preferences, such as:

It's not just about which adaptive sync technology you use. Combining these elements impacts your gaming experience. In the end, the more you spend, the better your monitor will be. Ultimately, test a few different models to see which is right for you.