Intel® Arc™: A New Contender in the GPU Market 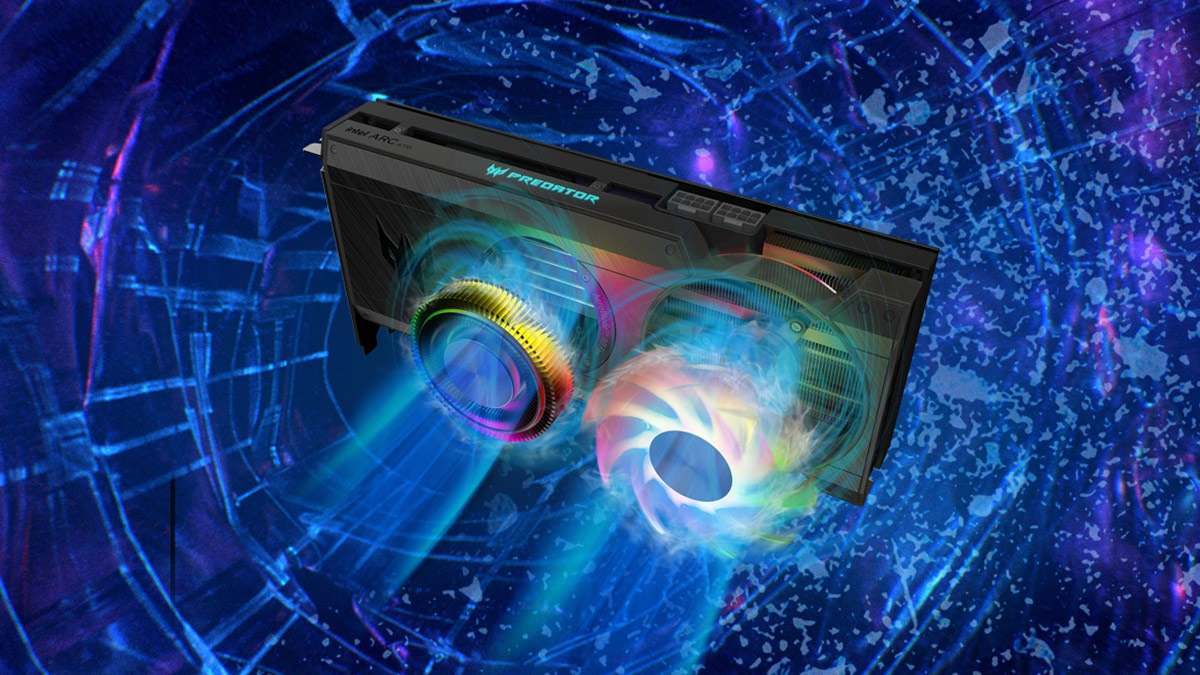 Intel hasn’t historically been a name synonymous with impressive graphics processing unit (GPU) manufacturing. For years, Intel has cemented its reputation as the CPU powerhouse with an impressive line of processors. But now, they are extending their product line to include GPUs because of the rising demand by avid computer enthusiasts for this hardware. The importance of Intel branching into GPU production, why GPUs are growing in popularity, and details of Intel’s new GPU launch are covered in this article.

What is a GPU?

A GPU, or a graphics processing unit, is a paramount piece of hardware inside your device for the optimization of your computer’s graphics. Its primary purpose is to quicken the pace at which your computer creates and renders graphics. GPUs are everywhere. They are in your computers, gaming consoles, tablets, and smartphones. They are used to properly display the graphics on your device's monitor and a high-performance GPU is the difference between standard and exceptional graphics.

GPUs come in two types: Dedicated and Integrated. Dedicated graphics cards are standalone pieces of hardware and can be replaced and upgraded. Integrated ones, however, are built into the motherboard and cannot be replaced.

How are CPUs and GPUs related? Well, a CPU and a GPU are different. Despite similar sounding names and Intel, a chief CPU manufacturer dabbling in their production, the two pieces of hardware serve different functions. The CPU is one step above the GPU in the hierarchy of functions. The CPU is the brain of a computer, it acts as the most important component of your device. The CPU processes the visual information from the GPU. So, the GPU is just one element of your graphics, under the umbrella of your CPU.

The rise in popularity of GPUs for various uses

A GPU generates the graphics displayed on your device. It works in tandem with your CPU to process large amounts of data. While many computer buyers factor in the GPU as a major consideration when buying a new computer, only recently have people begun to think about which GPU comes in their smartphone. This is due to the recent popularity of mobile gaming. Smooth video and gameplay come down to having a good GPU. Unless you’re a gamer or video editor, you probably haven’t thought much about your GPU. Without needing it for advanced graphics processing, you may just know that it’s responsible for what’s displayed on your monitor. With the rising complexity of video games and other graphics demands, GPUs have quickly become an important buying decision factor.

Originally, GPUs were designed to handle 3D graphics tasks. Now, they are used for a wider range of functions. Because they are so customizable now, they can be adapted to handle and speed up a bunch of unique processes. The primary uses for GPUs are gaming, video editing, content creation, machine learning, and crypto mining.

To match the demands of video gamers playing 3D games with 4K screens and brilliant resolution settings, GPUs have been the focus of much innovation. Since the invention of affordable cameras and social media, there’s been a rise in the number of amateur video editors and content creators. With more and more people needing advanced graphics processing capabilities, GPUs have risen to the occasion. What makes GPUs interesting is that they are essentially powerful math calculation machines. They need this capability for advanced graphics creation. But this unique capability of GPUs is why cryptocurrency miners and machine learning users are seeking out GPUs.

One of the more exciting applications of GPUs has been machine learning. Machine learning requires ample advanced calculations and a strong GPU and CPU combination has helped in this tremendously. This function coincided with the cryptocurrency trend. More and more people are mining cryptocurrency and relying on solid GPUs to accomplish this. If you plan on doing any of the preceding tasks, you may need a decent GPU.

What is the Intel® Arc™?

Intel, one of the premier CPU authorities, is launching a new line of GPUs for laptops and desktop PCs called Arc. Intel has designed the Arc line to improve gaming performance for compact laptops. Much like their Core i3, i5, and i7 series processors’ branding monikers, the company is releasing their Arc GPU in a 3, 5, and 7 series. With each step up in the series, an increase in price and performance. Over the last several months starting at the end of March 2022, Intel has been launching the A310 and A380 from the Arc Series, the A580 from the Arc 5 Series, and the A750 and A770 from the Arc 7 Series. This first generation of the Arc GPU line, known as Alchemist, utilizes the Xe HPG architecture. Intel’s new graphics engine will feature stunning visuals by way of XE Super Sampling, support for 8K workloads, and AI-enhanced upscaling. Combining the Arc GPU with one of Intel’s CPUs will showcase the Deep Link technology.

Though it’s early in Arc’s lifetime, reviewers seem pleased with the potential of Intel’s new GPU line. The Arc A310 and A380 GPUs were nearly equal to Nvidia’s similarly priced options. Moving up the Intel line toward the more powerful Arc 7 Series revealed a much better performance. In one test from Intel, the A750 beat Nvidia’s RTX 3060 in a number of benchmarks. Additionally, the A770 beat Nvidia’s RTX 4090 in an 8K video playback test, as well as beating much more expensive GPUs in a 4K video playback test. This symbolized a huge moment for Intel in the GPU space, where previously they have not been able to match rivals like Nvidia or AMD. Now, they’ve proven they can, even at a much lower price.

The past, present, and future of Intel GPUs

Intel seems poised to deliver a highly sought-after experience with the new Arc series. But, why is Intel, a company that has been traditionally considered a CPU manufacturer, stepping into the GPU market? Quite simply, the demand is high enough that Intel has the opportunity to carve out its own space in the industry. With gaming, video editing, machine learning, and cryptocurrency at all-time peaks of popularity, Intel is pursuing industry leadership in a new space. The GPU space is, however, not totally new to Intel.

Their most recent attempt at a GPU was more than a decade ago when Intel aimed to change the game with a CPU/GPU hybrid under Project Larrabee. After a few years of working on this project and building anticipation for the launch, Project Larrabee amounted to…nothing. The difference between what they thought they could accomplish and what was actually achieved was far too drastic. They simply couldn’t manufacture a GPU that rivaled existing AMD or Nvidia products. They ended up salvaging the project for various parts, but the dream of an Intel GPU launch was silenced for a moment. Intel continued integrating GPUs into their processors. With experience gained though, Intel is confident their Arc line will be a competitive addition to the GPU landscape. 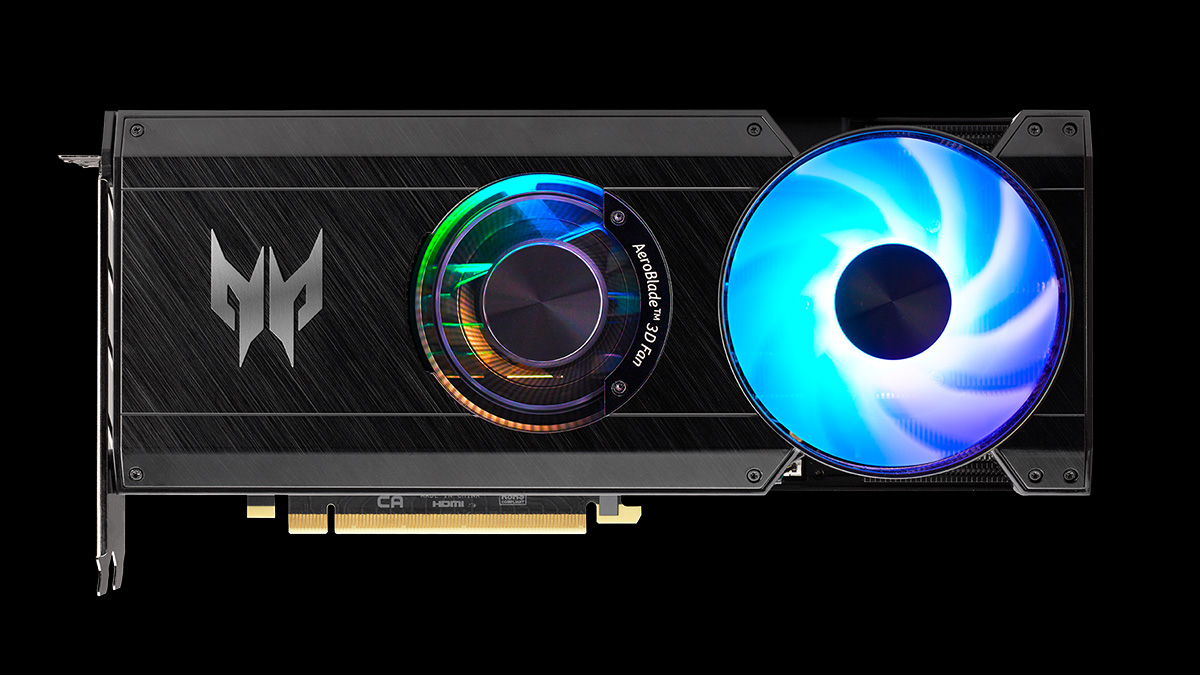