How Long Do Computers Last? 7 Signs You Need a New Business PC 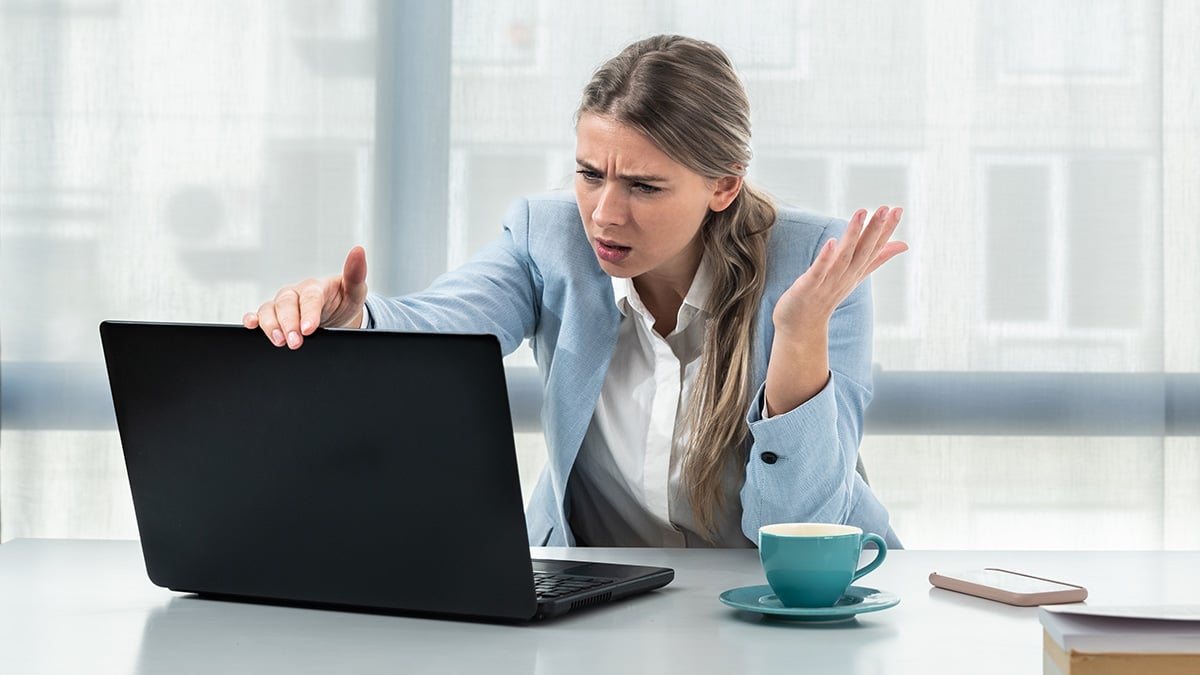 As a business owner, you know that your company's computers are critical for your day-to-day operations. You're trying to keep expenses down and employee productivity up. Technology evolves at breakneck speed, and as computers age, their reduced performance affects productivity, and maintenance costs increase. Deciding when to replace PCs is more complex than waiting for them to break.

From productivity to security to performance to operational costs, the consequences of slow, insecure computers can affect your bottom line. Small businesses typically hold onto PCs for five to seven years. Older PCs have trouble multitasking, consume more power, and have shorter battery life. The latest processors, hard drives, memory, operating systems, and software run faster and more efficiently than their five-year-old counterparts.

So, how long should a business PC last, and what signs show you need a new one? We'll look at the average lifespan of a business PC and some signs that it might be time for an upgrade.

How long do computers last on average?

A desktop computer's average lifespan is five to eight years, depending on the quality of the components. IT maintenance is also critical, with routine software upgrades, uninstalling unused software, and removing excessive dust recommended.

Laptops have a shorter lifespan than desktops, usually between three to five years. Batteries may require switching after two years if used frequently on battery power.

When should you maintain older PCs or replace them with newer ones?

As PCs and laptops age, their performance decreases, and maintenance becomes more frequent and expensive. IT experts recommend an optimal refresh cycle of 4 years to keep them running smoothly and avoid costly repairs. Beyond four years, repair costs and lost productivity make them cheaper to replace. Yet, according to a Microsoft study, the average refresh cycle for small business PCs is five years, with over 70% having PCs older than four years old. 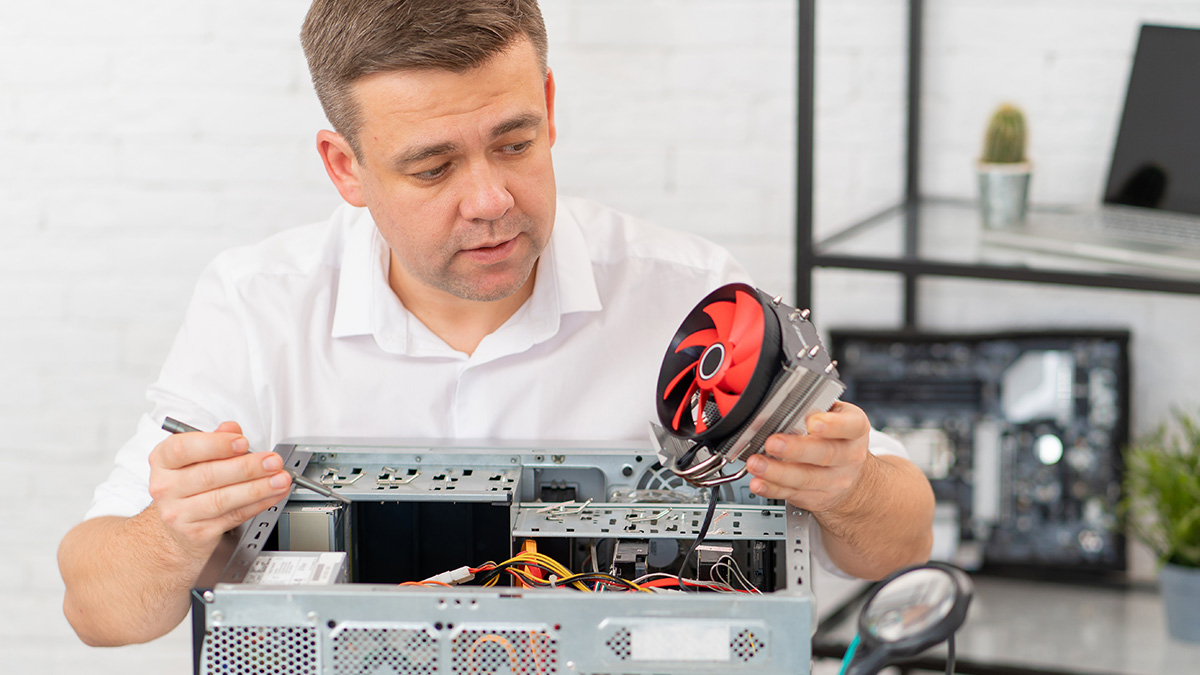 You lose money every time your PC malfunctions. You pay for computer support when the warranty periods end, and if you factor in the downtime costs, this soon adds up.

The cost of repairing an older PC equals or exceeds the cost of buying a new one, according to a recent Techaisle global survey. The study found that small businesses spend 1.3 times more on repair costs on an older PC than on a PC less than four years old - $427USD per PC. You could save some money with Acer, as some PCs come with a three-year limited warranty with on-site service for the first year.

Similarly, Teachaisle estimates the upgrade cost of an older PC is 1.6 times higher than a PC under four years old - $134USD per PC. Neither figure includes the lost productivity costs when employees are without their computers.

The Techaisle study found that around 42 work hours are lost annually while older computers are being fixed. Downtime shortens to 21 hours for PCs less than four years old.

Computers are essential for productivity growth and integral for business success. Without modern hardware, you can't run new applications, help your employees collaborate, and track data to grow your business.

How much does it cost your business to run old PCs?

The average PC replacement cycle for small and medium-sized businesses (SMBs) is five years. This approach costs money as PCs older than four years have these disadvantages:

It soon becomes evident that the short-term savings of using the same computer disappear when you examine the cost of running an older PC.

What are the signs you should buy a new computer?

These seven key signs show when it's time to upgrade your business's computers:

1) Startup and shutdown are slow

Slow boot-up times are a sign that something is dragging your computer down. A sluggish startup could indicate issues with your hard drive or RAM. A new PC should startup in under 30 seconds.

Slow boot-up could signal that you're running too many applications automatically in the background whenever you start your computer. However, after fixing this issue, your machine may be too old if it still takes more than two minutes.

A solid-state drive (SSD) offers significant speed improvements on a mechanical hard disk drive (HDD). An SSD reads 10 times faster and writes 20 times faster than an HDD. With an SSD, you can copy a 20 GB file in under 10 seconds, while an HDD takes at least 2 minutes.

Updates are crucial for cybersecurity, especially your operating software (OS). Aging hardware not only puts a single computer at risk but exposes the entire company's network to hacks. Windows OS updates help protect your business from security weaknesses that hackers exploit. With 60% of SMBs folding within 6 months of a cyberattack, OS software updates are vital.

Windows 11 is the latest version of Windows and should be on any new or upgraded PC. Older Windows OS versions shouldn't be running, especially if their support has already ended. Windows 10 support officially ends on October 14, 2025. Windows 11 has more security and network features than its predecessors, making them safer than older versions. Unfortunately, its hardware requirements may be too heavy for older computers.

When your computer doesn't meet your OS updates requirements, you must replace it. Without new equipment, you're vulnerable to attacks that disrupt your company's services, bottom line, and survival.

3) You can't run or update your software.

The software that powers your business determines when you need new computers. A chip that's too slow, an incompatible GPU, or a motherboard that can't store enough RAM can make your laptop incompatible with software upgrades.

Resource-heavy software such as Photoshop or AutoCAD requires specific hardware configurations to support newer versions. When you need to upgrade your business software, your devices must be able to keep pace with their minimum specs.

4) Your computer's fans are noisy.

Fans prevent your computer's central processing unit (CPU) from overheating. How fast the fans spin indicates how well it's handling your tasks. The more complex the tasks, the harder the CPU works, the hotter it becomes, and the faster and louder the fans spin.

Often, the first signal of an old PC's impending doom is the fans buzzing, even when doing simple tasks. It could mean the CPU can no longer cope with running the latest software and needs an upgrade or replacement.

The simplest steps to boosting your computer's speed and power are to upgrade the RAM and switch to an SSD. However, upgrading the motherboard or the CPU can lead to compatibility issues in an older device.

The older your PC, the more compatibility issues you'll face. Replacing, rather than repairing and upgrading, reduces operational costs and productivity loss.

If you've already upgraded or find that most of your PC's components need replacing, it makes sense to buy a new computer. A good rule of thumb is to replace your PC if the costs are at least 50% of buying a new one.

6) Your computer has multitasking problems.

Computing performance slows over time. When you can't switch quickly between open applications, your computer is reaching its end. If your computer has difficulty running multiple applications simultaneously, it's time for a new PC.

7) Your computer has hit its lifespan.

Every time your computer malfunctions, it costs you:

When computers hit the 4-year mark, the total cost of ownership exceeds the replacement price.

Struggling with PCs well past their prime negatively impacts your bottom line. If your office computers are nearing the four-year mark, examine the higher cost of maintaining outdated systems versus the benefit of purchasing newer PCs. The risks of older PCs include:

The question to ask is: Can new devices make my business more efficient and competitive? If the device no longer fulfills your business requirements, it's time to replace it.