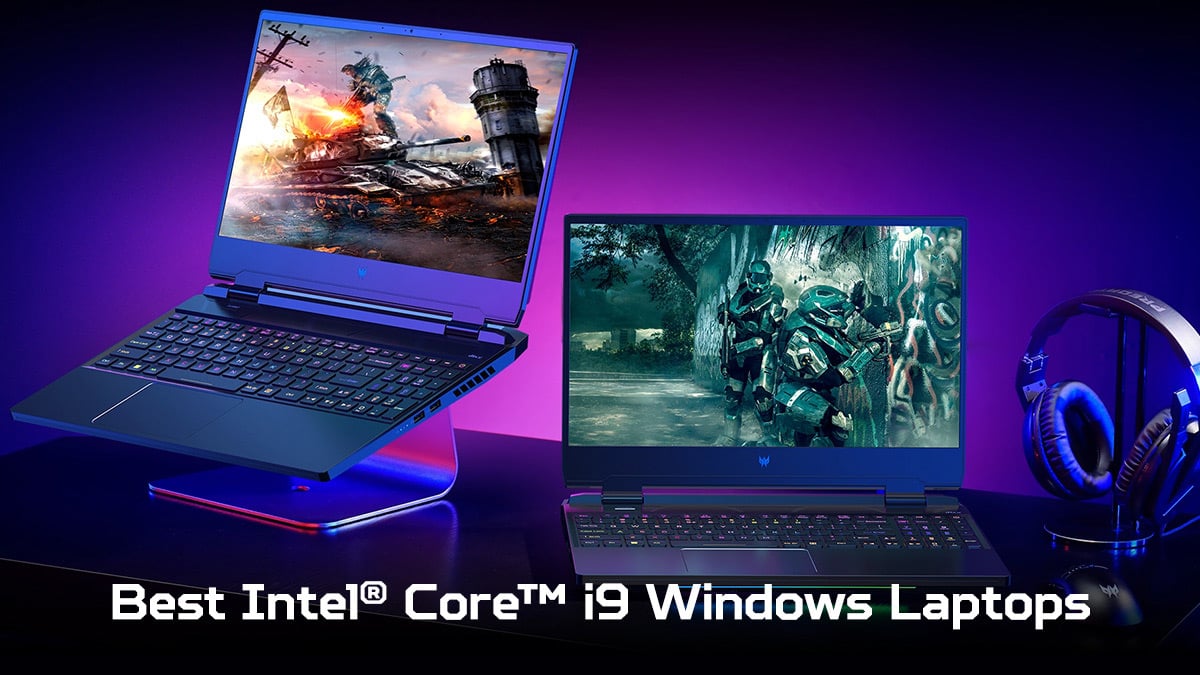 Need a laptop with extreme horsepower? The Intel® Core™ i9 CPU delivers unrivaled performance and full-throttled power. These are the fastest and most powerful chips that Intel develops for notebooks.

Engineered for gamers and creative professionals seeking maximum performance to play the latest 4K games and drive intensive software. They're not cheap, but these CPUs can handle anything you throw at it. You'll generally find them in larger heavy-duty gaming laptops as they can take the processor's heat management and power requirements. The result is that they don't lend themselves as much to portability as Core i3 or i5 chips.

If you're wondering whether you should buy a Core i9 laptop, we'll help you work through the hype and specs to make the right choice.

What is an Intel® Core™ i9 processor?

Intel's Core i7, Core i5, and Core i3 product lines have sold millions of chips since their debut in 2008-2010. Each series has seen significant speed and performance enhancements due to Intel's evolution of processor microarchitecture models and die shrinks. The Core i9, introduced in 2017, takes things further by offering up to 24 cores and 48 threads that allow awe-inspiring performance.

This new i9 architecture matches the right core to the right workload, so you won't experience lag or interruptions while gaming, streaming, chatting, or browsing.

The processor or CPU is the computer's brain, and the cores receive instructions to process its tasks. The Core i9 is Intel's fastest laptop processor, with up to 24 cores. Each core can process more data simultaneously than previous versions to boost performance making the i9 chip ideal for:

What is i9  performance hybrid architecture?

In the 12th generation, Intel's cores come in 2 types on a CPU:

P-Cores and E-Cores work automatically in tandem to accelerate core-hungry tasks and adapt to your workflow. When gaming, the processor prevents background tasks from interfering with your high-performance cores, resulting in faster gameplay. Smaller background tasks can be offloaded to E-cores — running cloud backups apps — leaving P-cores free to accelerate gaming performance. This hybrid performance ensures that background tasks don't slow you down, and you can multitask efficiently with more apps open simultaneously.

Do you do multi-threaded tasks such as rendering 3D scenes or editing videos? With those extra cores and hybrid performance, you'll see an incredible performance boost. If you're a gamer and content creator, it helps improve your multitasking gaming performance while streaming.

What is the i9 processor's Hyper-Threading?

On top of the additional cores, the i9 processor features Intel® Hyper-Threading Technology. Hyper-Threading allows two threads to run simultaneously on each of these cores. More threads processed mean more tasks can finish for even quicker performance. So each CPU core acts as two processors instead of one.

Let's give an example. The 16-core i9-12900H processor with two threads allocated to each core can read 32 threads simultaneously. Lightning-fast gaming in 4K becomes a reality as the chip can handle it. With Hyper-Threading, your machine can process more data in a shorter time and run more background tasks without disruption.

What is the i9 Intel® Turbo Boost?

Some programs depend more on memory to run smoothly, while others are CPU-intensive. The i9's Turbo Boost Technology lets the CPU run at its base clock speed when handling light tasks, then jump to a higher clock speed for more intensive tasks.

Running at a lower clock rate allows the processor to use less power, which improves battery life and reduces heat. But when more speed is needed, turbo boost temporarily increases the processor's clock frequency within the core's safe temperature and power limits. Once the core reaches a specific temperature, the turbo boost ends, preventing the processor from overheating. This algorithmic overclocking can increase single-threaded performance by up to 15% and runs automatically.

Which Intel® Core™ i9 generation?

It can be confusing when buying a Core i9 because you can purchase different generations (9th - 12th). Unsurprisingly, the performance levels drop if you buy an older generation because the processor uses older architecture. On PassMark's CPU Benchmarks, where higher scores mean better performance, you can see the vast difference between 12th and 9th Gen performance:

Which i9 chip is best for gaming?

Intel's 12th-gen H-series processors are the best you can get in a gaming laptop. The Core i9-12900H is one such chip. The H stands for high performance optimized for mobile. There are also HK models; the K means unlocked, so you can customize the processor settings for maximum performance, aka overclocking your computer.

How to choose the right Intel i9 laptop

When shopping for a laptop, the CPU alone won't guarantee fantastic performance. Consider other factors, including:

With more cores, higher clock speed, and better cache, here's a list of our top Acer Intel® Core™ i9 laptops. 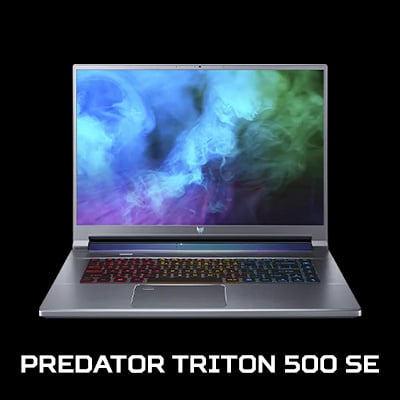 Acer Predator Triton 500 SE is a formidable choice for hardcore gaming. The portable powerhouse is equipped with a powerful 12th Generation Intel® Core™ i9 Processor that delivers extreme performance for gaming and other demanding tasks.

The ultra-slim design lets you take your gaming laptop anywhere you go. The refined design comes in a metallic case and features a backlit keyboard for comfortable gaming in dark environments. 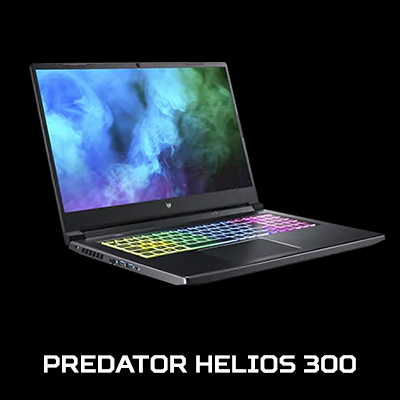 Predator Helios will take your gaming to the next level with its expansive 17.3" display. Blisteringly fast with its Intel® Core™ i9 processor and NVIDIA® GeForce RTX™ 3070 GPU, you'll power through gaming, video editing, and other high-performance tasks. 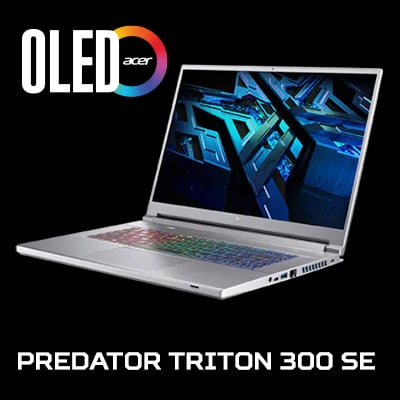 Predator Triton 300 SE OLED is a compact gaming laptop, pairing a beautiful OLED display with a 12th Gen Intel® Core™ i9 processor and NVIDIA® GeForce RTX™ 3060 GPU. With 14 cores and 28 threads, it decimates every challenge, so you can seamlessly multitask, edit, record, stream, and game.

Weighing in at only 3.75 lb with a long battery life of up to 10 hours, this makes the Predator Triton 300 SE OLED a perfect portable office machine.

Laptops with Core i9 processors are some of the most powerful devices available. Combined with ultra-performance RAM and a powerful GPU, they can handle anything you throw at them. The i9 processor is a powerhouse for high-end 4K gaming, 3D rendering, and video editing. With the i9 processor's new performance hybrid architecture – you can seamlessly multitask. These Acer laptops feature the chip at its core, making them an intelligent choice in 2022.