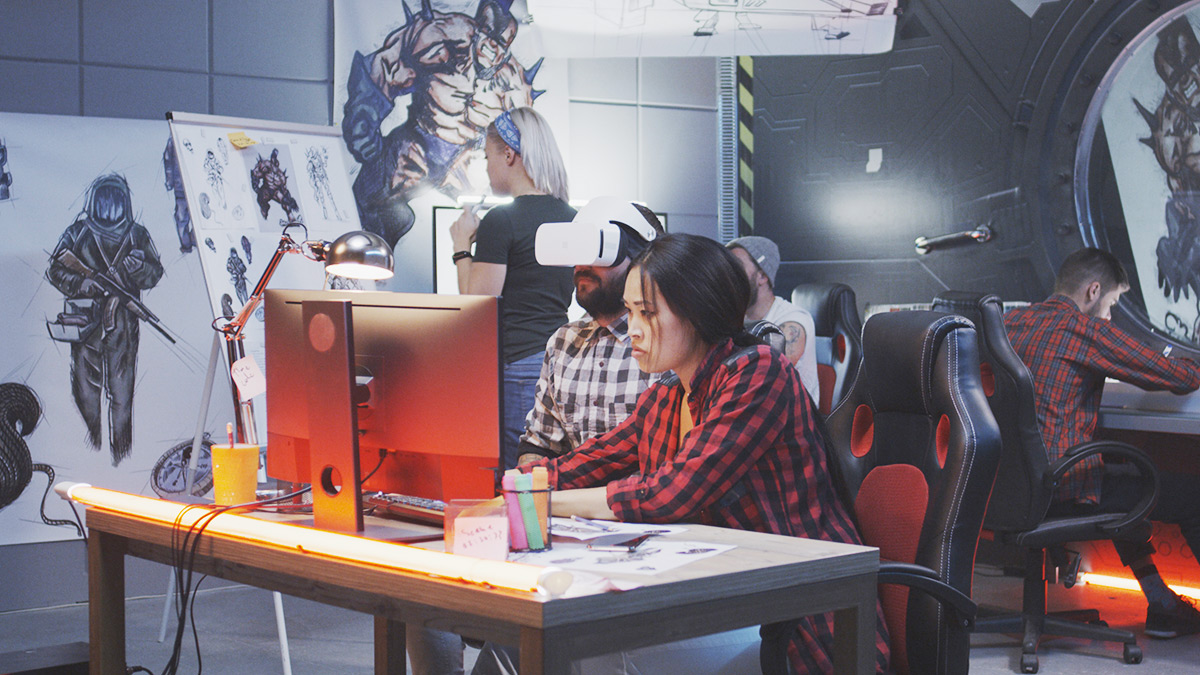 In the gaming world today, there’s no shortage of incredible gaming experiences. While we find ourselves in the season where many of these spectacular games are created by indie developers, a handful of iconic studios have been responsible for some of the most notoriously powerful and enduring games and series. One such developer is Ubisoft Entertainment.

What is Ubisoft Entertainment?

Ubisoft’s legacy as a game developer has stood the test of time despite various trials and tribulations along the way. They have produced some of the most highly acclaimed games. These games, such as Far Cry, Assassin’s Creed, and various Tom Clancy titles like Rainbow Six and Splinter Cell, have sold millions of copies. With this popularity, their most famous games have been turned into enduring series.

Ubisoft, a French company that’s been around since the 1980s, has changed a lot over the years and continues to transform itself in anticipation of a future where its games will very much be relevant. The game studio has done well financially. For example, Far Cry 5 reportedly sold 5 million copies in its first week. They haven’t always hit the mark though. But more often than not, their games shake up the industry and excite both critics and players alike.

The history of Ubisoft Entertainment

Ubisoft Entertainment began with the Guillemot family. Christian, Claude, Gerard, Michel, and Yves, the five sons, joined their family business and quickly sought to expand its horizons in the mid-80s. Transforming their family farming support business, they started with audio media, then computers and software. The predecessor to Ubisoft was a computer mail-order business known as Guillemot Informatique. By 1986, the five brothers were successful with Guillemot Informatique but turned their attention to the next big thing: video games. They launched the company as Ubi Soft at first that same year. By 1993, they’d become a prominent video game distributor in France while they worked on video game development. In 1995, they launched Rayman. The company went public the following year after the success of Rayman. With millions in new resources, they went global and set up studios across the world.

One of their most rewarding business choices was to acquire Red Storm Entertainment in 2000. Red Storm Entertainment had been the game developer that had been releasing video games based on the popular Tom Clancy world. 2003 saw two big updates from the company. Ubi Soft changed its name to Ubisoft and launched Prince of Persia: The Sands of Time that year. Ubi Soft, their original name, had previously stood for “ubiquitous software.” And it seems as the company evolved and narrowed its focus that it became less “ubiquitous” in its reach and instead became known for being a powerful video game developer. Testing the boundaries of their creativity, Ubisoft launched the first Assassin’s Creed in 2007, a game that would go on to sell millions and become one of the company’s most important series. By 2008, they’d negotiated a deal to become the one and only Tom Clancy video game developer. Over the next couple of years, they acquired a number of smaller studios. In the 2010s, they continued to expand operations and pumped out titles including more Assassin’s Creed games, several Far Cry games, Watch Dogs, and an abundance of Tom Clancy-inspired games like Splinter Cell, Rainbow Six, and Ghost Recon. These games would prove successful in supporting the claim that Ubisoft was a serious game developer.

Ubisoft’s influence on the gaming world

Ubisoft has become so influential in the gaming world for many reasons. For one, strategic company decisions have helped them launch some of the best games the community has seen in the last two decades. This came down to intelligent collaborations with emerging trends like the Tom Clancy universe and the studio’s creativity and perseverance in pursuing fresh, original concepts like Far Cry. Their games are highly developed, intricate, well-plotted, driven by engaging stories and action, and just plain fun. The company has released a lot of games. Unless you’re a big fan of Ubisoft, you may not be aware of their lesser-known but acclaimed games such as Just Dance, Trials, TrackMania, and IL-2 Sturmovik.

The gaming landscape is changing and it’s no surprise that Ubisoft will continue to shift its focus to maintain adherence to the flow of the shifting sands. Recently, Ubisoft explained that big game releases would be less of a priority and that they’d be shifting priorities toward mobile and freemium gaming. With mobile continuing to grow beyond our wildest dreams, it makes sense that Ubisoft would prioritize growth in this area. The company will continue to launch big games but will expand its offerings to include mobile game releases. Starting in 2023, Netflix and Ubisoft will partner to produce three new mobile games. Using their Ubisoft+ subscription service platform as a launchpad, Ubisoft also has plans of releasing more indie games. Without a doubt though, Ubisoft will continue to release games from its iconic franchises. They have plans for several Assassin’s Creed releases including Mirage and Codename Red, Codename Hexe, and more. With huge hiring surges, it’s clear that Ubisoft is banking on its continued growth.