What is an APU? Is it the right chip for you? 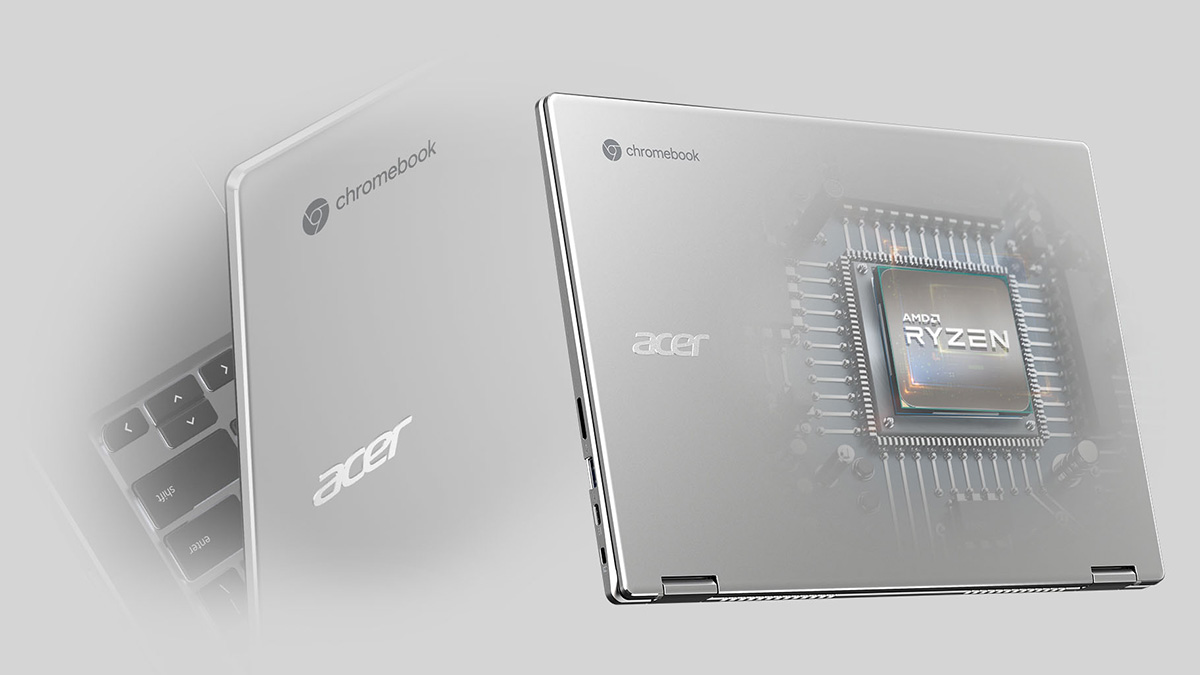 Fast processing speed is essential when buying a new computer. Speed is paramount for gaming, editing videos, and other creative uses. So, you are trying to figure out whether you should get an:

Or some combination. An APU is one that you might not know.

APUs are power-efficient and cost-efficient, enabling you to get what you need at a more affordable price. Made by AMD, it's a jack-of-all-trades option for a budget or entry-level gaming laptop. So, let's see what an APU is and how it could benefit you. What are the differences, and which is better for you?

What is an APU?

An APU is an 'accelerated processing unit' chip made by AMD, which has the functionality of a GPU and CPU on a central die. This increased resource-sharing efficiency between the two chips enables better core and thread counts at a lower price.

Finding the perfect processor to match your gaming needs with your budget isn't always easy. A CPU and a dedicated GPU offer better performance but are more expensive. Because of this, APUs are increasingly popular with gamers.

If you're looking for an edge on a budget, APUs could be for you. APUs came out in 2011 from AMD with a few current choices on the AMD Ryzen™ line:

If you want a work computer that won't break the budget, an APU is a great option as it can complete basic tasks like reading emails and surfing the web, and there's even enough power for light gaming. Though, it won't handle AAA titles at high frame rates.

Investing in a higher RAM speed and capacity is suitable for an APU chip. APU core speed is directly correlated to RAM speed, meaning the slower the RAM, the slower the laptop.

What is the CPU?

The CPU is the Central Processing Unit commonly known as the processor, the boss of almost all of the processes performed by your computer. The CPU processes every single piece of information. Simply put, the CPU is your laptop or PC's brain.

A CPU can process graphics but certainly not at the level modern video games require. So, gaming requires a GPU, APU, or Intel HD Graphics card.

What is the GPU?

A GPU stands for graphics processing unit or is more commonly known as a graphics card. The GPU's specialized job is to accelerate graphics rendering for video and video games.

Your GPU performs repetitive operations of extremely high volumes to render frames better. This is called your 'frame rate.' The graphics you get are superior when your frame rate is higher.

There are two kinds of GPU:

Unfortunately, GPU cards can be pretty expensive. Cost can be a big turn-off for entry-level gamers and those on a tighter budget. APU or integrated graphics cards help reduce the expense.

AMD's APU and Intel HD Graphics both combine a CPU and GPU. So what are the two critical differences between these integrated GPU lines?

HSA is an acronym for Heterogeneous System Architecture, which are specifications that allow for integrating CPUs and GPUs on the same bus with shared memory and tasks. AMD is a founding member of the HSA Foundation, which governs the standards for specific video game consoles, tablets, and smartphones. So AMD’s APUs almost always meet compliance, but Intel HD Graphics may not.

Which is better for gaming? APU vs. CPU and GPU

If you are a cost-conscious gamer, an APU acts as both the CPU and GPU, so it is suitable for gaming as you don't need a separate graphics card to build a system. However, a discrete system CPU and dedicated GPU will outperform an APU or an integrated graphics card.

So, which is better - an APU or CPU and GPU? Obviously, a CPU with GPU will be better at rendering frames and will keep up the processing rate because you have two dedicated components that can work to their full potential. With a CPU and dedicated GPU, you get:

If you're after a work computer and like to game casually, then an APU is a great choice. An APU can run FPS titles like Valorant and CS:GO at 1080p on high framerates. You can play most previous generation triple-A (AAA) or indie games with the APU without issues. So the APU AMD Ryzen line is excellent for a budget gaming machine, but hardcore gaming requires a high-end dedicated graphics card.

However, that doesn't necessarily rule APUs out of the running. There are a few reasons to consider an APU.

Benefits of an APU

The APU does have some reasons to come out ahead of a CPU and GPU combination.

As always: Price. GPUs can be seriously expensive now due to the global chip shortage. The average price ranges from $100 to $600, with the newest models sometimes over $1,000. An APU is a processor with integrated graphics, making it more affordable due to decreased manufacturing costs. You won't need a discrete graphics card to use it. On the other hand, with a CPU and GPU, you need to buy them separately.

An APU is smaller, so it improves your computer's power efficiency by sharing resources. So, APUs are excellent choices for laptops as they extend battery life.

Acer Chromebook Spin 514 is built for users on the go with 10 hours of battery life. Using the latest AMD Ryzen Accelerated Processing Unit (APU) based on a Zen+ CPU and Vega GPU microarchitectures, this Chromebook can switch from sleep mode to on in less than a few seconds. The latest APU processor enables you to work on intensive and demanding applications without worrying about speed. With a 14" FHD IPS display and a 78% screen-to-body ratio, you can enjoy your favorite movies, TV shows, or other media while traveling.

Is an APU worth it?

Now that you know the differences between an APU and CPU and GPU, which one should you choose? It depends on your needs. If you're looking for an excellent price-to-performance ratio, go with an APU. If you need better graphics, go with a CPU and GPU.

​An APU may be the right choice if you want an affordable and versatile option and don't care about playing the latest, most prominent games.

About Malcolm Archibald: Malcolm is an SEO copywriter that helps businesses thrive. He's passionate about languages and helps companies improve traffic, bring in customers, and build a better web presence.