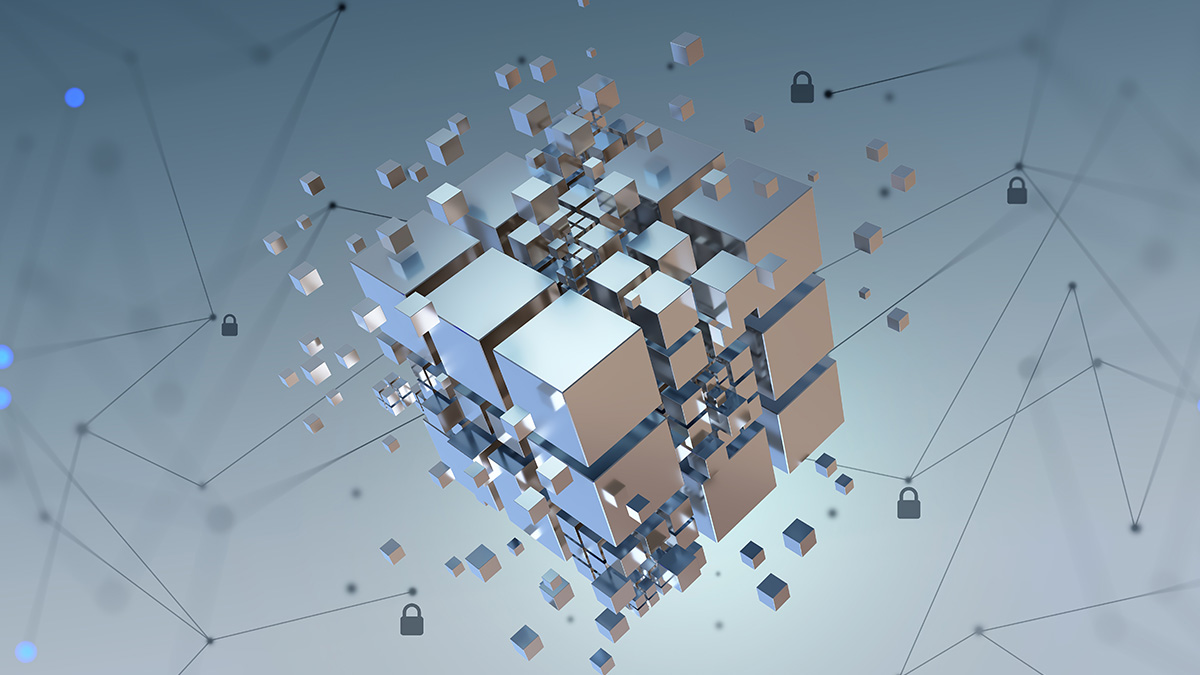 Blockchain is a term widely used to represent an entire new suite of technologies. Blockchain was first introduced in 2008 as the distributed ledger behind bitcoin transactions. The technology has since taken on a life of its own, with interest coming from many quarters.

Governments, businesses, and other organizations are researching and deploying blockchain technology to meet a variety of needs. Blockchain offers security, immutability, traceability, and transparency across a distributed network.

There is substantial confusion around its definition because the technology is early-stage and can be implemented in many ways depending on the objective.

What is a blockchain?

A blockchain is a type of database; it is a public ledger for recording transactions that do not require validation from a third party. A blockchain is distributed in the form of a peer-to-peer (P2P) network. It is made up of data blocks that are linked together to form a continuous chain of immutable records. Each computer in the network maintains a copy of the entire ledger to avoid a single point of failure. Blocks are added in sequential order and are permanent and tamperproof.

A blockchain starts with an initial block, known as a genesis block, that records the first transactions. The block is also assigned an alphanumeric string, called a hash, which is based on the block’s timestamp. The hash of subsequent blocks is based on the hash of each previous block; thus, blocks are linked together.

A blockchain network uses its consensus mechanism to reach agreement among the distributed nodes, to secure the network, and to prevent users from sending bad transactions. The mechanism enables agreement on the network even when no single node is in charge. Miners or validators that generate a block are rewarded with tokens for their effort. A variety of consensus mechanisms have been developed, here are the most common:

Proof of work (PoW) is the first consensus protocol ever used, namely for Bitcoin. In the PoW consensus, miners compete with each other to solve complicated mathematical puzzles, or hashes. Although the hashes are difficult to solve, they are easy to verify. When a miner has found a hash, they send a block with the hash to the network. All nodes must verify whether the hash is correct. This process is repeated over and over again so that the blocks on the network form a chain (hence the name blockchain).

In proof of stake (PoS), validators stake their tokens, and the validator who gets to generate the next block is randomly selected based on the amount of tokens they have staked. Over time, the largest validator is likely to accrue the most rewards, and other validators will be unable to compete. The Ethereum blockchain switched from PoW to PoS on September 15, 2022.

Delegated proof of stake (DPoS) is considered a more democratic version of PoS that is based on a voting system in which delegates vote for their favorite validators in return for a share of the rewards. Basically, any user without enough tokens to become a validator may delegate their staked tokens to a validator. The Cosmos blockchain runs on DPos.

Additional consensus mechanisms that are still in very early stages of development include the following:

Blockchain, cryptocurrency, and non-fungible tokens (NFTs) are terms you will often hear used together. While the three are distinctly different technologies, they are also inherently intertwined with one another.

Cryptocurrencies are digital currencies (or tokens) created by a blockchain developer or team, and they exist on a blockchain. Just like a digital form of cash, crypto can be used to buy everything from your lunch to your next home. Unlike cash, crypto uses blockchain to act as both a public ledger and an enhanced cryptographic security system, so online transactions are always recorded and secured. The cryptocurrencies with the highest market capitalization as of this writing are the following:

NFTs—unique digital tokens stored on the blockchain that represent ownership of an asset, either real or virtual—are changing how we think about asset ownership in the real world and in the digital world. NFTs have gained significant popularity in realms such as art, gaming, and entertainment, as a means to establish authenticity and transfer various rights. Creators looking for new ways to market their art can make and sell their own NFTs on decentralized marketplaces.

Technically, NFTs can represent ownership of anything, but they are mostly used to buy and sell digital art. Entrepreneurs are searching for new industries to disrupt utilizing the advantages offered by NFTs.

What is blockchain used for in business?

From a business perspective, blockchain technology is a type of next-generation software that can be useful in process improvement. Blockchain may improve processes that occur between companies by radically reducing the “cost of trust.”

Blockchain benefits for businesses include the following:

Sectors that may find uses for blockchain include the following:

The future of blockchain

The blockchain landscape is alive with activity and optimism, and real-world deployments are already too numerous to count. A lot has to happen before blockchain will replace today’s methods of data sharing and transacting, but that day seems like a near possibility.