Adobe Flash Player: The Story of its Rise and Fall 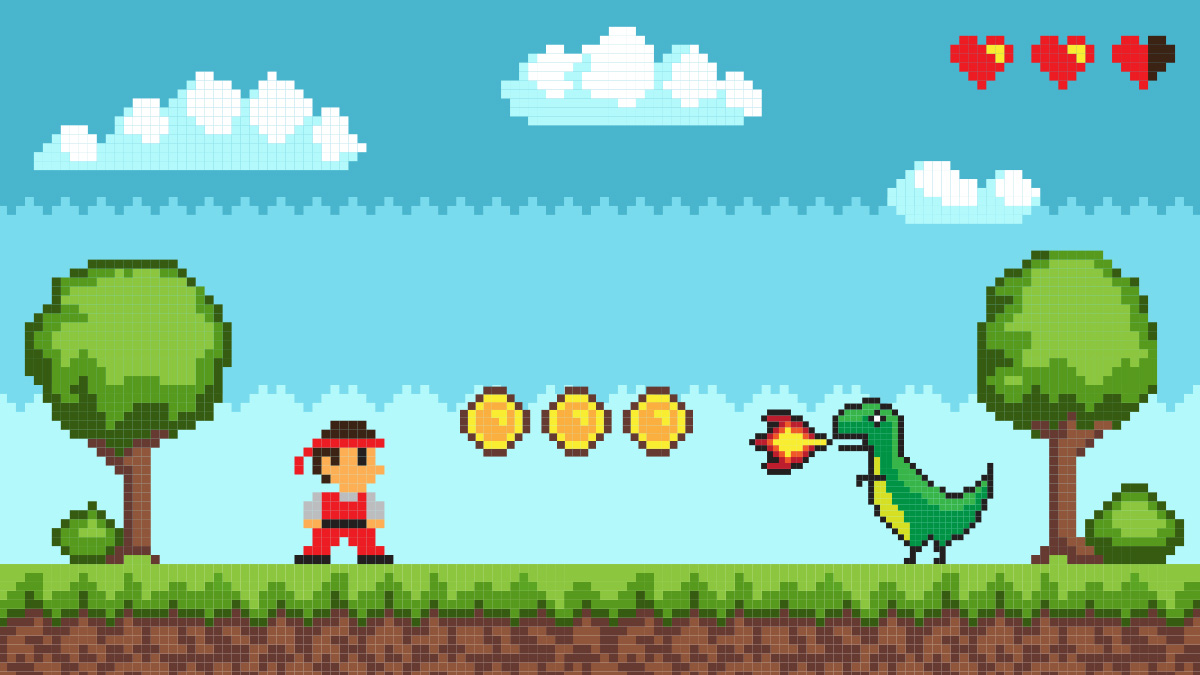 For many years, Flash was the dominant platform for online multimedia content. The Adobe Flash Player proved very popular. It was widely used for advertisements, online games, video, and countless other web applications and educational tools. It was lightweight, and, with a browser plugin, could run on multiple operating systems.

Flash had a designer centric workflow that brought together art, animation, and coding. Developers didn't have to worry about the technical details of cross-platform support, and people who wouldn't have written code otherwise could gradually make their animations into games.

How did Adobe Flash Player begin?

In 1995, FutureWave tweaked SmartSketch by adding frame-by-frame animation features and released this new product as FutureSplash Animator on the PC and Macintosh. Companies were looking for ways to make their websites more interactive and visually appealing, and they increasingly opted to use FutureSplash. Among the companies that experimented with FutureSplash were Microsoft and Disney.

FutureSplash was acquired by Macromedia in November 1996, and Macromedia then set about rebranding it, contracting the name FutureSplash to Flash, and releasing their rebranded version the next month. Over the next decade, the Flash software became ubiquitous on the Internet, eventually drawing the attention of Adobe, which acquired Macromedia in 2005 for $3.4bn USD, a move that saw the entire Macromedia product line including Flash, Dreamweaver, Director/Shockwave, Fireworks and Authorware absorbed into the Adobe product stable.

Why was it so popular?

In 1996, Flash was a two-part system, namely a graphics and animation editor (Macromedia Flash), and a player (Macromedia Flash Player). Macromedia distributed its Flash Player as a free browser plugin, and it quickly gained significant market share thanks to its small size, making it ideal to download over the burgeoning Internet.

This tiny footprint endeared it to designers, who were really starting to discover just how versatile the program was and how it also allowed them to do dynamic things with websites without using much bandwidth. Many websites found that Flash was an easy way to encode videos that had been uploaded by users, especially following the success of YouTube starting in 2005.

Adobe stated in 2013 that 400 million out of a billion connected desktops updated to new versions of Flash Player within six weeks of its release. More computers worldwide had the Flash Player installed than any other Web media format, including Java, QuickTime, RealNetworks, and Windows Media Player.

The biggest breakthrough for Flash happened in 2000, when ActionScript, an object-oriented programming language inspired by Apple’s HyperTalk, was added to the Flash platform. This allowed developers to script actions rather than animate them, enhancing the types of content possible to include web games and streaming media.

Flash could now give small, experimental game developers an instant audience, and it gave rise to indie games as we know them today. The influence of original Flash games on modern gameplay is enormous; many games today were conceived by Flash developers. Since 2000, it is estimated that more than a million Flash games were created and uploaded to thousands of websites where they were played billions of times. This success can be attributed to a few key properties of the technology at the time:

The decline of Adobe Flash

Flash continued to grow and prosper, but trouble was looming; despite its many updates over the years, Flash remained inherently insecure. This was because the Flash player itself proved to be a nearly irresistible target for hackers, and it provided numerous entry points for malware of all sorts. Worse, Flash updates were easily spoofed, tricking end users into installing fake updates that contained malware.

In July 2015, Mozilla blocked Adobe Flash by default following the discovery of yet more zero-day vulnerabilities in the browser plugin. Just that month, Adobe had put out security alerts and fixes for 38 vulnerabilities in Flash Player, three of which were identified as zero-day exploits. Furthermore, Adobe’s Flash was famously hated by Steve Jobs, the cofounder of Apple Computer. Jobs’ opinion was that Flash was insecure, power-hungry, and inappropriate for touch devices, and he would not allow it on Apple iMacs.

The 2007 release of the iPhone marked an inflection point for Flash. Since the iPhone did not support Flash, YouTube developed technology to display its videos, in an app, without Flash. Over the following years, Adobe began to acknowledge the inevitability of an HTML5 world and started encouraging developers and content creators away from Flash toward newer, emerging web standards such as HTML5, WebGL and WebAssembly.

Browser technologies like HTML5 emerged to replace Flash video containers. In 2022, very few websites still use Flash. But what does this mean for the tons of animations and interactive games that made the Internet so much fun at the turn of the millennium?

Although Adobe Flash Player is no longer available, software packages that support the SWF file format used for Flash videos and games are still available as standalone media players and browser plugins, including Lightspark, a Flash player and browser plugin written in C++/C, and Ruffle, a Flash Player emulator built in the Rust programming language.

Of course, the Internet would never allow all those classic Flash games to disappear. BlueMaxima’s Flashpoint is a webgame preservation project that offers a free, open-source application for Windows, Mac, and Linux systems that since early 2018 has saved more than 100,000 games and 10,000 animations running on 35 different platforms.

Flashpoint provides everything a person needs to play classic web games in two versions of their software; Ultimate, which contains every piece of media in an offline ready format (in a 1.3TB download), and Infinity, a smaller distribution that allows content to be downloaded and played at will.

Flash began life as a drawing package for an obsolete operating system and morphed into the defacto platform for online multimedia content, spanning two decades of development; however, its inherent insecurity and resource sapping characteristics were its downfall. While we cannot vouch for any of the software mentioned in this article, we are glad that options exist for reliving the memories of Flash content from years past.