Cyberbullying: What It Is & How to Stop It 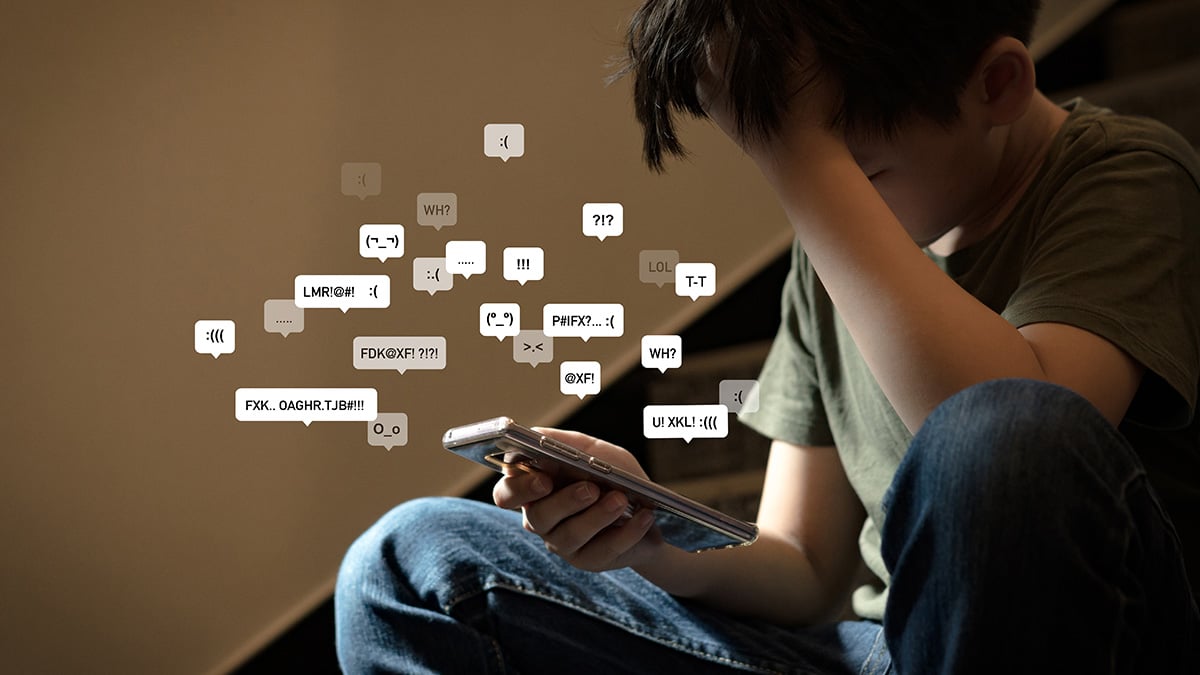 More than 40 percent of internet users in the United States have personally experienced online harassment as of January 2021, according to Statista. With an increasing number of people using the internet more frequently than ever before, cyberbullying has become one of the most pressing issues internet users and those who regulate it are facing.

Bullying is an unfortunate and unnecessary aspect of modern life. Bullying, as many of us have faced, is the harmful act of repeatedly making fun of someone, harassing them, insulting them, and causing them physical or emotional harm. But what is cyberbullying? Cyberbullying refers to bullying that happens online. Unfortunately, cyberbullying often seeps into the tangible world, despite its origins happening online. In essence, what happens on the internet doesn’t stay on the internet. Its harmful effects can be felt long after you log off.

Whether it’s abusive comments on a YouTube video or threatening, derogatory remarks in an email, its manifestations are widespread and often difficult to categorize. Wherever it happens and in whatever form, it’s forcing us all to look at how we all communicate, interact, and coexist in the digital world. Bullying, for many generations, has been a heated talking point.

What do we do to mitigate bullying and reduce the harmful effects on those who experience bullying? Now that we live more of our lives online, the issue of cyberbullying has skyrocketed beyond the scope of the bullying we’ve dealt with as a society for a long time. But cyberbullying is more dangerous than in-person bullying in many ways.

Cyberbullying comes in many forms:

And, it can happen anywhere online: Reddit, Twitter, Instagram, Facebook, Forums, YouTube, and more. It’s different from regular bullying because it happens within the relative anonymity of the internet and relies on a number of subversive methods which are often hard to categorize.

Cyberbullying is often categorized as willful, harmful, and repeated. In other words, someone who cyberbullies has harmed another person, the bully knows they are being deliberately abusive, and the occurrences are often.

Why is cyberbullying a serious issue?

Our online lives are 24/7. With this constant connectivity, there’s no safe haven for those who are affected by cyberbullying. The online world provides a permanent home for everything we do on the internet. What we say and do lives there forever. As a consequence, bullying in the online world lasts forever. A harmful comment or embarrassing video post can stay online indefinitely. The damage can stick around longer than harmful spoken words.

And yet, the online world is somewhat private and detached from the way we have communicated interpersonally for thousands of years: face-to-face conversations. Because offline and online are distinct, cyberbullying can be hard to notice by those that would be willing to step in and put an end to it. Parents, teachers, and other guardians are unable to intervene in many cases because they simply cannot see what’s happening.

What’s worse, it’s not hard to become a cyberbully. To be a bully in everyday life, you would face a lot more consequences. Harmful words in public will be met with negative consequences in a way that online bullying is often brushed off. One can create a fake account and stay anonymous.

Cyber activity is easy to hide. As a consequence, many people who are bullied are forced to endure the bullying by themselves. Some don’t even recognize themselves as being a victim of cyberbullying.

How has the online world fostered an environment for cyberbullying?

The internet has created a safe haven for bullies and its layers of complexity have made it hard to discern what’s actually problematic behavior. Social media offers a certain anonymity. Because of this anonymity, perpetrators can hide.

Additionally, perpetrators may not understand the damage they are inflicting on those they bully because they are not able to see the face-to-face reaction of those they harm. It’s not easy to be empathetic when you’re hammering a disrespectful comment or message into the faceless digital void. There’s no interpersonal feedback by which we easily gauge the damage we are causing with face-to-face words. Yet on the receiving end, a harmful text is just as painful as hurtful words spoken face-to-face.

The state of our internet promotes sharing of content, which can result in more exposure to harmful bullying. Not only can someone be made fun of by a bully but their identity, content, and reputation can be thrust into the spotlight for all to see (and even more bullies to attack).

The online world has created a mob-like mentality where people gang up on others. Someone may post a video and have hundreds of mean comments to follow. In fact, a bully can be the victim of even worse bullying when they are outed as being a bully and their information is leaked to millions of supportive yet misguided defenders of the original victim. A harmful comment can be met with death threats by the online mob.

Underlying these issues created by online bullying are the psychological needs fueling it all. The internet has uncovered the deep-seated human desire to receive attention, validation, likes, shares, and feedback. This natural human need is exacerbated by the internet. Instead of satisfaction with a congratulatory accolade delivered face-to-face, we thirst for more and more digital likes. More people, especially children, are using the internet to receive this fundamental need. By putting ourselves “out there” more frequently, we’ve opened ourselves up to more hate. These recent changes to how we interact have created a tinderbox for damaging, hurtful, and abusive behavior on a massive social scale.

What are some examples of cyberbullying?

Cyberbullying can refer to, but is not limited to, the following:

But cyberbullying extends beyond hurtful comments or insults. Nearly 20 percent of internet users in the United States claim they have been physically threatened online, according to Statista. While not necessarily classified as bullying, another form of online harassment is sending unwanted explicit images or advances. It’s clear to see the harmful effects of an internet that’s been allowed to run wild has had on people’s health and wellness.

What can we do about cyberbullying?

Unfortunately, there’s no inherent way for the internet to police itself. Without a massive overhaul, there will be no magic solution in the form of built-in safeguards to prevent cyberbullying. At least, not yet. For now, the responsibility rests on our shoulders. We can help mitigate this dangerous aspect of the internet. But how?

For many, bullying is an inevitability. To mitigate the damage caused by bullying of any kind, we must support those who have been bullied and address the bullying. There are a few steps that we all should take to help this issue.

How do you protect your kids from being cyberbullied?

As a parent, if you’re worried about your children being cyberbullied, here’s what you can do:

As the old adage goes, “sticks and stones may break my bones but words can never hurt me.” For this to be true, your children must have a healthy sense of self and feel supported.

If you’re using Acer devices, here are some of Acer’s own parental control options for safeguarding your children:

Despite the prevalence and dangers of cyberbullying, there are many things we can do to ensure the future of the internet is one of respect, empathy, and cooperation.