Blockchain and NFT Games: Earn While You Play 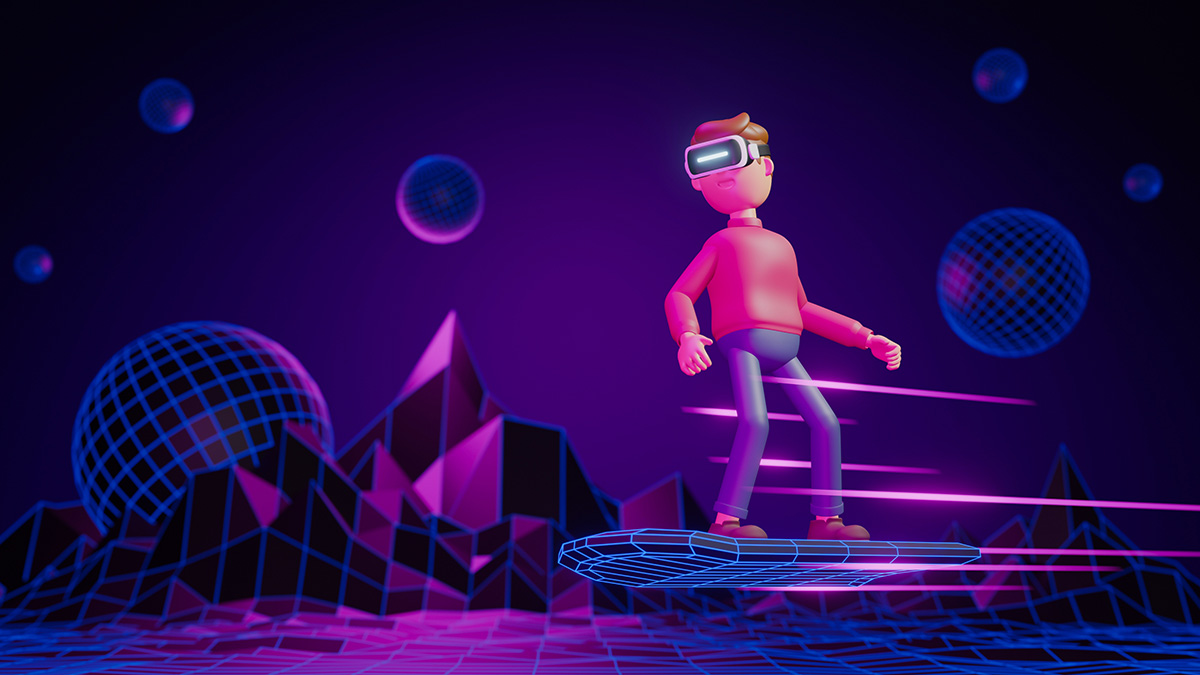 The video game industry is valued in the hundreds of billions of dollars, with revenue streams accruing from mobile, PC, console, and handheld gaming. In the past two years, global lockdown policies have resulted in a dramatic increase in the audience available to game publishers, and the biggest players in the industry—Microsoft, Nintendo, Twitch, and Steam Games—have thrived; furthermore, a less well-known subset of the market has also seen an enormous boost in its popularity over this recent period: blockchain games.

In traditional video games, publishers and developers profit from the growth of their products and services, while players do not generate any lasting value for themselves. Players invest in consoles, desktop computers, and new mobile devices, and then they enter gaming environments where they have to pay to access tier-based experiences. To access exclusive features and content, or to remove advertising, players typically need to spend even more money.

Blockchain and NFT games, on the other hand, have modeled themselves as platforms that generate value for players, by allowing players to earn crypto tokens through gameplay, or by allowing them to capture the value of assets acquired through in-game purchases. For example, if a player were to upgrade their weapon in a traditional game, their only benefit would be the enhanced gameplay and progression within that game that the weapon provides; however, in a blockchain game that utilizes non-fungible tokens (NFTs), that same weapon asset could be tokenized as an NFT, and the player could take ownership of the NFT. The player could then choose to exchange the NFT for money or make use of it across an entire ecosystem of blockchain games.

Game currencies, items, avatars, gameplay inputs, and even entire games can all be propagated on and secured by the blockchain.

An NFT is a token that represents a digital or real-world asset. NFTs exist for in-game assets, artwork, real estate, collectibles, concert tickets, and more. NFTs have three primary characteristics:

The earliest discussions of incorporating cryptocurrency into video games occurred on the Bitcointalk forums in 2011. Here are a few examples of successful games that managed to integrate blockchain technology.

Dating back to 2011, Dragon’s Tale was a successful, indie, massively multiplayer online (MMO) role-playing game (RPG) with elements of gambling. Dragon’s Tale incorporated numerous games of luck and skill to wager bitcoin on, alongside simple questions and explorations for earning bitcoin.

Then, in 2013, many online gambling platforms such as Primedice found ways of using bitcoin in place of casino chips, integrating bitcoin into their games.

In 2014, the Huntercoin gameworld’s blockchain was launched. Players explored a virtual map in search of HUC tokens, and miners who secured the blockchain received 10% of HUC block rewards, while the other 90% of block rewards went onto the map for players to collect. Huntercoin generated profits in the millions of dollars through the propagation and creation of HUC tokens, forming the groundwork for today’s play to earn crypto games.

The current iteration of blockchain games has progressed in technical and graphics capabilities from the gambling games of the past decade.

In ZED Run, players buy, breed, and race digital, thoroughbred racehorses. Every horse in ZED Run is statistically unique with characteristics defined by bloodline, genotype, and performance on the racetrack. The more a thoroughbred races and the more it breeds, the higher selling and breeding price it can command on ZED Run’s auction system. Since each horse is represented on the blockchain as an NFT, players can purchase and sell them in the game or on open NFT markets. While most ZED Run horses cost less than a hundred dollars, some exclusive horses cost in the tens of thousands.

Is an immense virtual 3D world, or metaverse, inside which players build, own, and monetize their gaming experiences and assets. The Sandbox’s graphics are reminiscent of the classic experience of Minecraft where scenery and items are in block form. Players can trade lands and objects with each other and complete in-game tasks to earn SAND tokens.

Illuvium is a 3D RPG on the Ethereum blockchain with auto-battle gameplay. As with traditional RPGs, players must win battles, complete quests, and upgrade the ranks of their Illuvials to earn ILV tokens, the in-game currency that can also be traded on open markets. An Illuvial is a creature that has different skills and fights its player’s battles. Each Illuvial is an NFT, and players can collect, buy, upgrade, and trade them in the Illuvium marketplace.

Is a play-to-earn metaverse built on the Solana blockchain. Star Atlas’ metaverse is an MMO, strategy-based game set in the year 2620 where spacefaring players attempt to lay claim to territory and conquer opponents. Star Atlas in-game resources and services can be bought and sold on the Star Atlas marketplace. The game is being made on Unreal Engine 5 and is set to release on PC in 2022.

Is a Pokemon-inspired game where players build a team of creatures called Axies that are used to fight battles with other players’ teams of Axies. Axie Infinity players can earn AXS tokens if they achieve a high enough ranking in the leaderboard, and they can earn SLP tokens by completing adventure mode levels and winning arena battles. These tokens are required for various in-game functionality and can be traded on open markets. Each Axie is an NFT and has a unique set of body parts that determine its skills as well as its rarity.

Disclaimer: the information provided in this article is for informational purposes only and does not constitute an endorsement of any of the products and services discussed nor is it intended as investment, financial, or trading advice.