A Brief History of the MOBA Genre 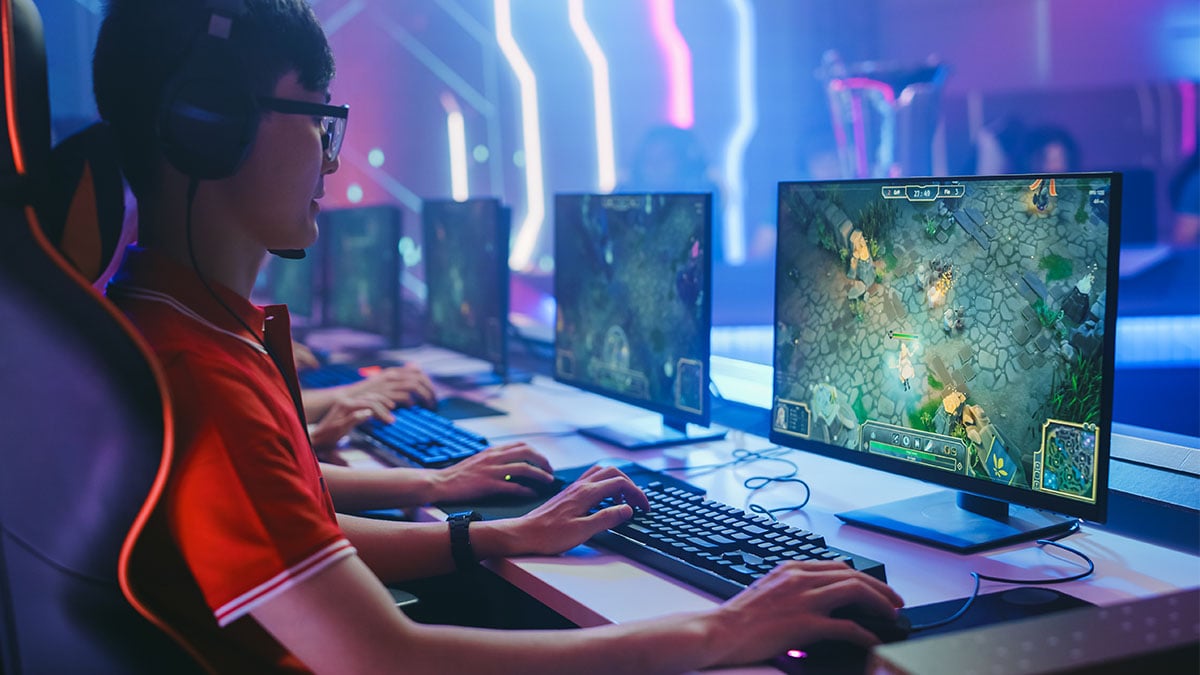 What is a MOBA game?

A MOBA, short for Multiplayer Online Battle Arena, is a subgenre of real-time strategy video games in which two teams of players, usually 5 players per team, compete against each other on a predetermined battlefield. Each player controls a single character with a set of unique abilities that improve as the game progresses. Players can also upgrade their characters by buying items using gold gained from completing objectives or killing enemy characters.

Before the game begins, players are given time during character selection to strategize with each other and determine what role each player wants to play.

Typically, the main objective of the game is for each team to destroy their opponent’s main structure, located at the opposite end of the map. Once the structure is destroyed the game is over. During the game, players are aided by computer-controlled units that periodically spawn in groups and march forward along set paths toward their enemy's base, which is heavily guarded by defensive structures.

The history of MOBAs

Regardless of who came first, most gamers will agree that Aeon of Strife, a custom StarCraft map, is the game that best started the genre’s movement in the pre 2000’s. In 1998, Blizzard Entertainment released StarCraft, one of their best-selling real-time strategy (RTS) PC games. The game included a suite of game editing tools called StarEdit that allowed users to design and create custom maps with custom rules and gameplay. StarCraft modder, Aeon64, created a custom map named Aeon of Strife that became immensely popular with the StarCraft community. Many of the key features found in Aeon of Strife eventually became the base structure for all future MOBAs.

In 2002, Blizzard released Warcraft III: Reign of Chaos. Like StarCraft, Warcraft III is also a real-time-strategy PC game that had its own game editing tool called Warcraft III World Editor. Soon after the games release a modder named Eul started creating a clone of Aeon of Strife in the new Warcraft III World Editor. In addition to copying the core gameplay mechanics, Eul also spent time refining the game and increasing its complexity. Eul called the new map Defense of the Ancients (DotA) and after its release he left the modding scene. Before leaving, Eul released all the codes used for DotA to the modding community. Without a new leader, the modding community went wild creating different variations of the map with unique characters, spells, items, and game mechanics. 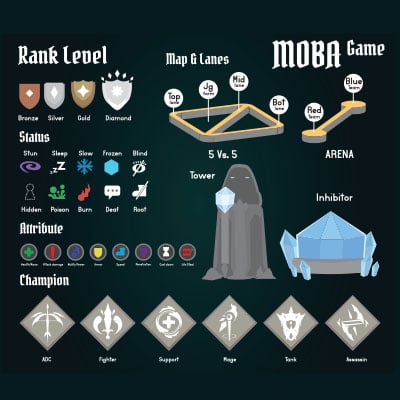 In 2003, Blizzard released an expansion to Warcraft III: Reign of Chaos called the Warcraft III: The Frozen Throne. The release of a new expansion gave modders a new set of tools to work with and soon two modders named Meian and Ragn0r started using the new tools to make an updated version of DotA. The new map would feature game mechanics, designs, characters, items, and spells from the different variations of the DotA game created after Eul departure.

Meian and Ragn0r would go on to consolidate all of the modding communities' best works and create the DotA: Allstars. In the following years, famous modders like Steve "Guinsoo" Feak and IceFrog, future creators of League of Legends and Dota 2, would go on to perfect the genre by initiating substantial changes to mechanics that deepened the maps complexity and capacity for innovative gameplay.

Its refined gameplay and high skill level made the game extremely popular in a competitive setting. In 2005, BlizzCon officially debuted DotA: Allstars and soon after World Cyber Games started hosting DotA tournaments in countries across the world. The maps created by Guinsoo and IceFrog are largely attributed to being the most prominent inspiration for the MOBA genre in the years to come.

Mainstream success and impact on esports

Following the success of DotA: Allstars, modders from the game were hired by large gaming studios, such as Valve and Riot Games, and tasked with creating a new “DOTA-style” video game. Guinsoo went to Riot Games to help design League of Legends (2009), the MOBA game with the largest player base (over 150 million registered users), and IceFrog was hired by Valve to create Dota 2 (2010), the video game with the highest cash prize ($40,000,000 USD) tournament in esports history.

Blizzard Entertainment would also go on to release a “DOTA-style” game called Heroes of the Storm in 2012. Other gaming studios would follow suit with their own MOBA games such as Demigod, Heroes of Newerth, and Smite. MOBAs have also made their way to the smartphone market with games like Pokémon Unite, Arena of Valor, and League of Legends: Wild Rift.

By the early 2010s, MOBA became a prominent genre in esports tournaments. The genre has seen further growth in popularity since the year 2015. The top five esports with the largest prize pools are MOBA titles. In 2018, MOBA tournaments made up 40% of the year’s total esports prize pool of $60 million USD. MOBAs are some of the most watched games in the world, in 2019 The League of Legends World Championship had over 100 million viewers. In comparison, the Super Bowl that same year had 100.7 million viewers across all tv and streaming channels.

Released in 2009 by Riot Games, League of Legends is a game that closely follows the traditional MOBA blueprint.

With over 125 million active players and 8 million active players a month, League of Legends is the most popular MOBA game to date. Players can choose from a roster of over 150 playable characters, each with their own unique abilities, and battle it out in a 5v5 or 3v3 scenario. Critics have praised the game for its accessibility, character designs, production value, and replayability.

Released in 2013 by Valve, Dota 2 is the spiritual successor of DotA: Allstars.

The game follows much of the complex mechanics introduced in DotA: Allstars, which makes Dota 2 one of the harder MOBA games for beginners. Its steep learning curve does not deter players away from the game. In fact, Dota 2 has an average of more than 7.6 million active players a month, a user count similar to LoL’s monthly active user.

If you are a serious gamer and want to look for a MOBA game that is a bit more challenging then you should definitely try Dota 2.

Originally called Honor of Kings, Arena of Valor is a mobile game that was created by TiMi Studio Group in 2016. The game follows a similar format to League of Legends and has a large dedicated fan base in the Asia region with growing popularity in North America and Europe.

The game has over 108 characters to choose from and players can engage in several types of matches from the standard 5v5 and 3v3 to deathmatches like 2v2v2v2v2 or mayhem mode like a 10v10.

For those looking for a great game with tons of different game modes then you should definitely check out Arena of Valor.