What Is Wi-Fi 7? Everything You Need to Know 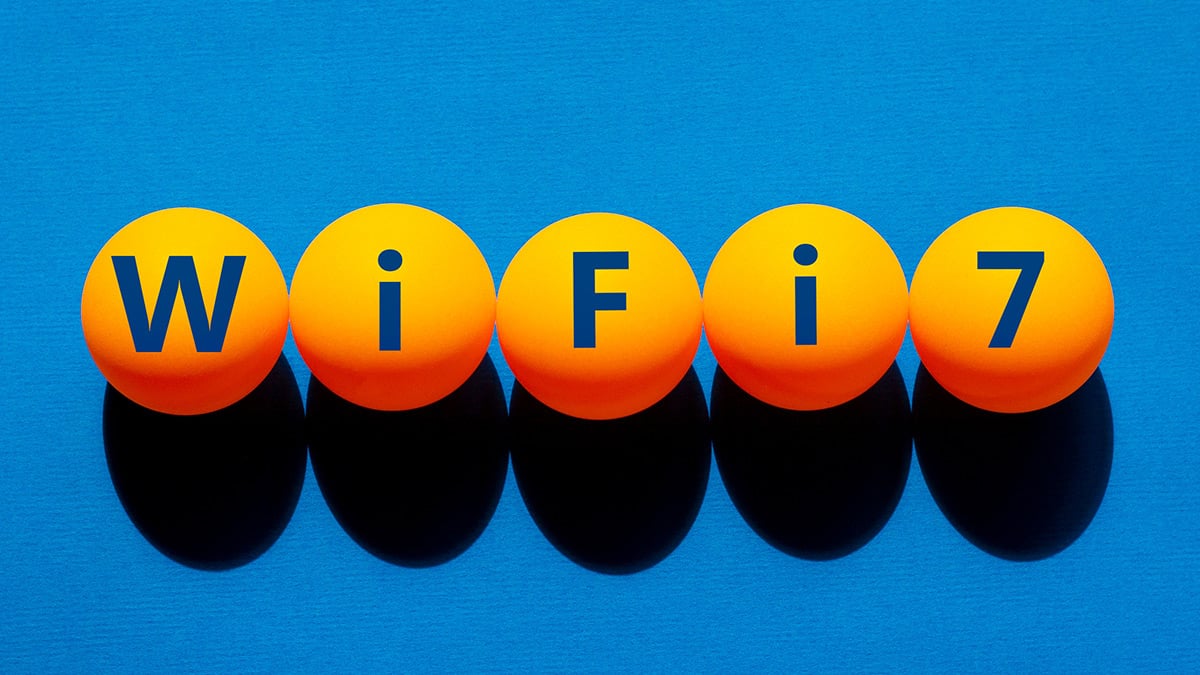 Wi-Fi 6 was released in 2020 and now that some time has passed you might consider upgrading to a Wi-Fi 6E device. Well, buckle up: Wi-Fi 7 is the latest successor in the works and promises to be a game changer with faster connections, lower latency, increased stability, and the ability to manage more connected devices.

As bandwidth increases, Wi-Fi 7 will usher in a new internet era with the promise of 8K video streaming, ultra-fast cloud-based gaming, and simultaneous video conferencing and casting. The metaverse will expand as bandwidth grows and virtual reality becomes more realistic.

If you want to speed up your Wi-Fi today, Wi-Fi 7 isn’t the answer as its release date will be in 2024. But Wi-Fi 7 should be on your radar if you plan to update your network soon. Here's everything you need to know about the next-gen wireless connectivity standard, how it will benefit you, and when it'll appear in gadgets you can buy.

Wi-Fi 7 is the new standard in Wi-Fi and is all about lightning-quick connections with improved efficiency. The seventh generation of Wi-Fi promises speeds up to four times quicker than Wi-Fi 6. The new technology will reduce latency, boost efficiency, and increase network capabilities with less interference. It will improve your experience with the following:

Like all previous Wi-Fi standards, Wi-Fi 7 will be backward-compatible with your Wi-Fi 6, Wi-Fi 5, and Wi-Fi 4 devices. So, your existing devices can connect to a Wi-Fi 7 router.

But to enjoy the Wi-Fi 7 connectivity advantages, you will need new hardware on both ends of a connection. To upgrade, you will need your routers, access points, smartphones, and laptops that support the 802.11be standard in their circuitry.

What benefits will Wi-Fi 7 bring?

The Wi-Fi 7 rollout will mark the first time Wi-Fi can be a genuine replacement for a wired Ethernet connection. Wi-Fi 7 promises to speed up your internet to 40Gbps in three critical ways:

What are some Wi-Fi 7 use cases?

With the new Wi-Fi 7 standard, expect reliable low-latency performance and lightning-fast connections to:

The new standard will deliver fast streaming and seamless gaming and accommodate increased traffic as organizations embrace digital transformation. Wi-Fi 7 can improve connectivity in crowded venues such as shopping malls or airports. Emerging AR and VR apps that require high throughput and low latency will be able to reach their potential. Wi-Fi 7 will push digital transformation in:

Which bands will Wi-Fi 7 operate on? 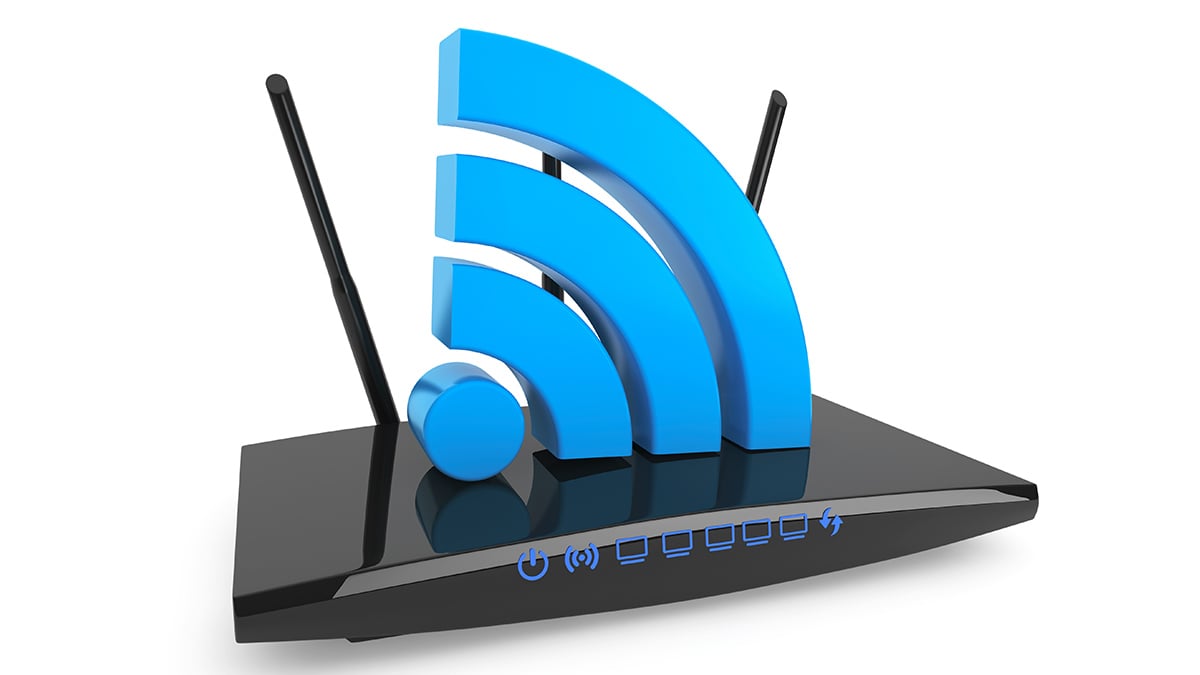 Wi-Fi 7 will use the same three radio bands as Wi-Fi 6E:

Each band has a maximum number of channels; the broader the channel, the more data traffic it can transmit. Megahertz (MHz) measures the channel's width. The higher the MHz, the faster the base speed. Here's a breakdown:

Wi-Fi 7 will double the MU-MIMO (Multi-User, Multiple-Input, Multiple-Output) streams to 16, enabling it to handle more throughput than Wi-Fi 6E.

What is the difference between Wi-Fi 6 and Wi-Fi 7?

You may wonder what distinguishes Wi-Fi 7 from Wi-Fi 6E, as both use the 6GHz radio band to improve connections. When Wi-Fi 7 replaces Wi-Fi 6E and provides faster, safer, and more reliable wireless networking, the four most significant changes will be:

Wi-Fi 6 maximum speed is 9.6Gbps, while Wi-Fi 7 will theoretically peak at 40Gbps. A 4-fold increase over Wi-Fi 6E is extreme, especially as your current internet speed is probably pretty decent.

Wi-Fi-7 delivers massive throughput gains by increasing the channel width to 2.4Gbps per stream (320MHz) and is twice the base speed of Wi-Fi 6E on the 6GHz channel. The broader the channel, the more data it can transmit. If you imagine the channel as a road, a six-lane superhighway can handle much more traffic than a three-lane highway. However, you'll need a compatible device that supports the new 320MHz channel width.

Quadrature Amplitude Modulation (QAM) encodes data in radio-frequency waves to pack more information in the Hertz. The higher the QAM, the more information is transmitted. You'll need a stronger signal as QAM rises and its range drops.

Wi-Fi 6 supports 1024-QAM. However, Wi-Fi 7 will have four times that, or 4K-QAM. The leap to 4K-QAM increases peak performance by 20% with higher speed and efficiency, which is perfect for cloud gaming.

Perhaps Wi-Fi 7's most exciting advance is Multi-Link Operation (MLO) technology that improves throughput and reduces latency. MLO can combine two Wi-Fi bands, 5GHz and 6GHz, into a single Wi-Fi network/connection. MLO allows wider channels to simultaneously send and receive data over multiple Wi-Fi bands as if it were a single, aggregated channel.

MLO also allows for more efficient performance as a Wi-Fi 7 router can switch to the best channel if congestion or interference occurs.

The new Wi-Fi 7 standard promises improvements in all aspects, including:

What's the main difference between Wi-Fi 7 and previous generations?

Speed. While Wi-Fi 6 improved speed by 37% from Wi-Fi 5, and Wi-Fi 5 heralded a 10-fold increase over its predecessors. Wi-Fi 7 makes giant leaps in throughput — a 480% increase over previous generations. A Wi-Fi 7 router allows the latest in online experiences.

When will Wi-Fi 7 be available?

The IEEE, which set the Wi-Fi 7 standard, expects to have the spec finalized in 2024. Qualcomm has unveiled its Wi-Fi 7 Networking Pro 820 Platform with 16 streams and will deliver up to 33Gbps peak speeds. The first routers might hit the market towards the end of 2023. Acer will continue working on integrating WiFi-7 into its line-up.

When Wi-Fi 7 arrives, it will not sweep Wi-Fi 6 away, as they will both coexist for many years. Plus, until the IEEE finalizes the specification, any early-release products may not have all the features you'll get with fully certified Wi-Fi 7 routers. So, consider upgrading your current network if you have spotty connections or lag now.

While Wi-Fi 7 will be a big deal, it will not change the internet for a few more years. So, buy a Wi-Fi solution that best meets your requirements today.

The Wi-Fi 7 standard will build on existing Wi-Fi 6 and Wi-Fi 6E technologies and add some new technologies. It represents an exponential leap in how we use the web due to its 40Gbps data speeds. VR, AR, cloud gaming, and conferencing will all speed up to create more vivid and immersive experiences. Until Wi-Fi 7 arrives, check out our guide on how to buy a Wi-Fi 6 router.