The Past, Present, and Future of Acer 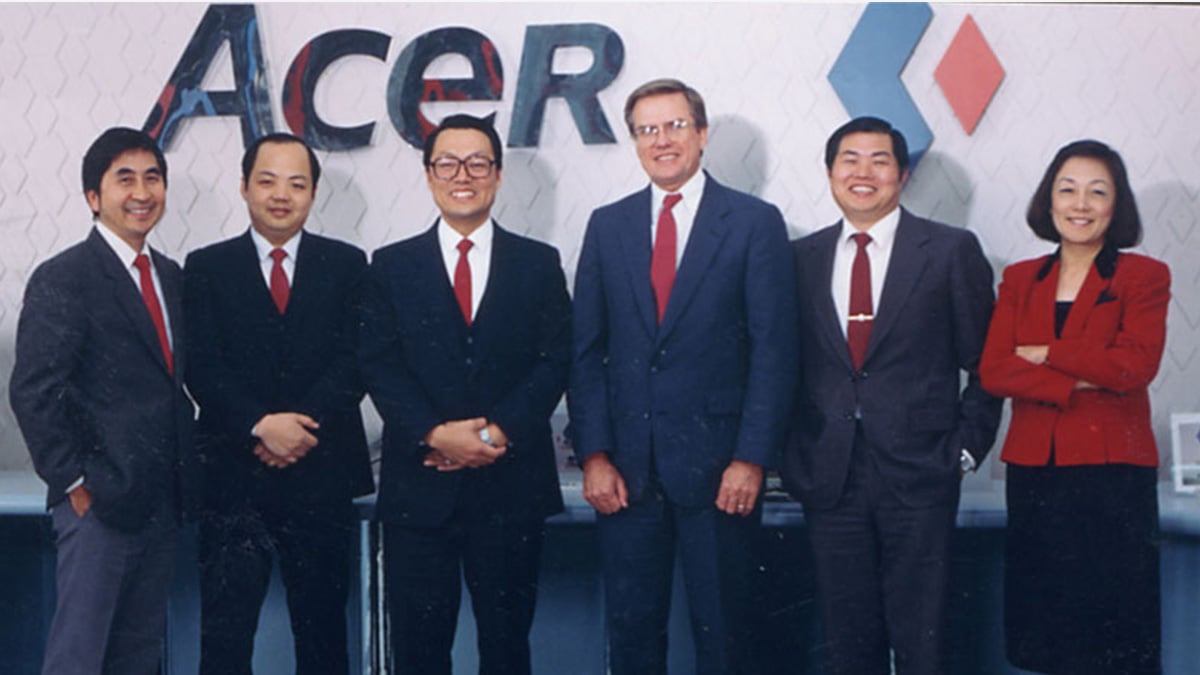 Acer is known for its quality hardware, innovative collaborations in several verticals, and commitment to sustainable business practices. Today, they are a powerful supplier of laptops, desktops, Chromebooks, monitors, and more. But they are more than a hardware company. They pioneer initiatives that help the environment and collaborate with social causes to bring more than computers to the world. In nearly five decades of business, they have grown from a tiny Taiwanese upstart into a massive multinational company. Acer, today, is a household name. How did Acer become what it is today? This article takes a look at the short history of Acer, where they are today, and what kind of exciting future awaits this company and its beloved customers.

Acer didn’t truly find its name until 1987 but the company’s origins go way further back. Acer’s founder, Shih Chen Jung, graduated from National Chiao Tung University and took a job in the early ‘70s at Qualitron Industrial Corp. By 1976, he left his job as a design engineer to found Multitech International. He joined forces with several friends and with a $25,000 initial investment, they launched the early rendition of Acer. What began as mostly a distribution company morphed into a serious PC manufacturer. In 1987, Multitech International became Acer. The initial vision of Acer drastically changed over the years and not even the founding members of Acer could’ve ever imagined they’d end up where they are today. As of September 2022, the multinational hardware and electronics corporation secured the 5th spot in the top PC vendors by unit sales list. They’re more than a PC brand though. Acer products also include laptop PCs, tablets, servers, storage devices, VR devices, displays, smartphones, and gaming accessories. In five decades, the company has become synonymous with quality and innovation. Acer products not only sell well, but they receive awards year in and year out from organizations like Red Dot, iF Design Awards, Computex, and Taiwan Excellence.

A timeline of achievement

After more than a decade as Multitech International, the Acer brand was created and the company grew in scale and ambition. The next phase of Acer’s history saw exciting growth, lots of acquisitions, and pivotal shifts in business strategy that propelled Acer forward. In 1998, Acer launched its first IPO. In that same year, the company organized itself into five groups: Acer International Service Group, Acer Sertek Service Group, Acer Semiconductor Group, Acer Information Products Group, and Acer Peripherals Group. Notable acquisitions and mergers include the likes of Texas Instruments, Gateway, and Packard Bell. At the turn of the century when the world began to be a little more eco-conscious, Acer began to implement corporate social responsibility initiatives. They published their first environmental report in 2005. This marked the beginning of a new focus on sustainability for the brand. With brand recognition came the ability to sponsor events like Formula 1 teams and the Olympic Games. This household name status only strengthened as Acer launched more products that wowed many customers.

Their most famous product lines reach far and wide into numerous niches. Acer presents several different products that appeal to many use cases. Let’s take a look at Acer’s most influential product lines in its history.

Predator is a gaming line. It began as a series of desktop computers in 2008. It has since evolved to include laptops, tablets, and accessories. Acer’s Predator line is synonymous with high-performance gaming machines. This line has become a staple in Acer’s arsenal of products and has opened up many opportunities for the company’s evolution.

Nitro is another one of Acer’s gaming lines. Though not as well-known as Acer’s Predator line, it still delivers high-performance gaming options for consumers. Despite this gaming line lacking the notoriety of Predator, their Nitro products include the top hardware.

Aspire, Acer’s line of computers for casual users, offers many attractive features for consumers who are not interested in high-performance gaming or any of the other more niche use cases that Acer desktops and laptops are known for. This line has been the go-to solution for many casual computer users since its launch in 1999.

ConceptD is Acer’s line of products that allow users to create their finest creative works. This line of laptops and desktops was designed for graphic rendering, web design, video editing, 3D modeling, animations, and more. As such, this line is one of Acer’s newer product launches.

Acer’s Vero line is their award-winning product line known for its dedication to sustainability. Vero products are made with Post-Consumer Recycled plastics and many other environmentally friendly features. Yet, this line of products also features all the high-performance specifications to satisfy even the most demanding use cases.

Sustainability and education for Acer

Acer’s exciting past has brought them to an important present. Besides launching incredible products to their customers, Acer’s biggest priorities include sustainability and education. Acer recently launched the Earthion initiative to showcase its green efforts toward sustainability, transparency, and conversations that encompass key issues, ones that must be addressed to move forward toward a sustainable future. Acer’s desire to pursue a greener company has led the company toward a more sustainable supply chain ecosystem. Using sustainable materials in their product designs has reduced plastic waste in packaging designs and logistics.

Acer continues to be transparent with its efforts by hosting events like Green Day, a collection of influential speakers who spoke alongside Acer on what they’re doing for a more sustainable future in electronics. Events like Green Day successfully position Acer as a leader in educating within the electronics world. Acer believes that the most valuable part of computing lies in its power to spread knowledge. Because of this, education is an important part of their initiatives. Acer for Education is an end-to-end adaptive learning experience that combines easy, reliable and affordable products with educational software solutions. Their education-focused products support the learning process at every level, enabling the exploration of any subject. With the world drastically changing in a post-pandemic world, Acer is staying ahead of educational trends and offers a valuable service in this realm.

The Predator and Nitro gaming lines paved the way for Acer’s commitment to the video gaming world by proving that the brand could produce top-of-class solutions for gaming enthusiasts and professionals. But one of their lines has risen to infamy. Acer’s Predator line is a household name within the gaming world. After many years of proving its prowess as a gaming icon, the brand was able to secure some exciting opportunities. For the last several years, Acer has been a long-standing partner with Tom Clancy’s Rainbow Six Esports Global Circuit. This influential circuit includes the Six Majors, the Six Invitational and four regional leagues across the world. Acer Predator is also the official PC and Monitor partner of the Rainbow Six World Cup. They are also the creator of the Predator League, a gaming league showcasing tournaments with games like DOTA 2 and Rocket League.

Acer has built a legacy of fine products and good values to back them up. In the future, we can expect Acer to continue to launch useful products with all the best specifications while taking initiative on important issues like sustainability and community education.

To sign up for the Acer newsletter, visit this link to create your Acer ID and receive the next newsletter.