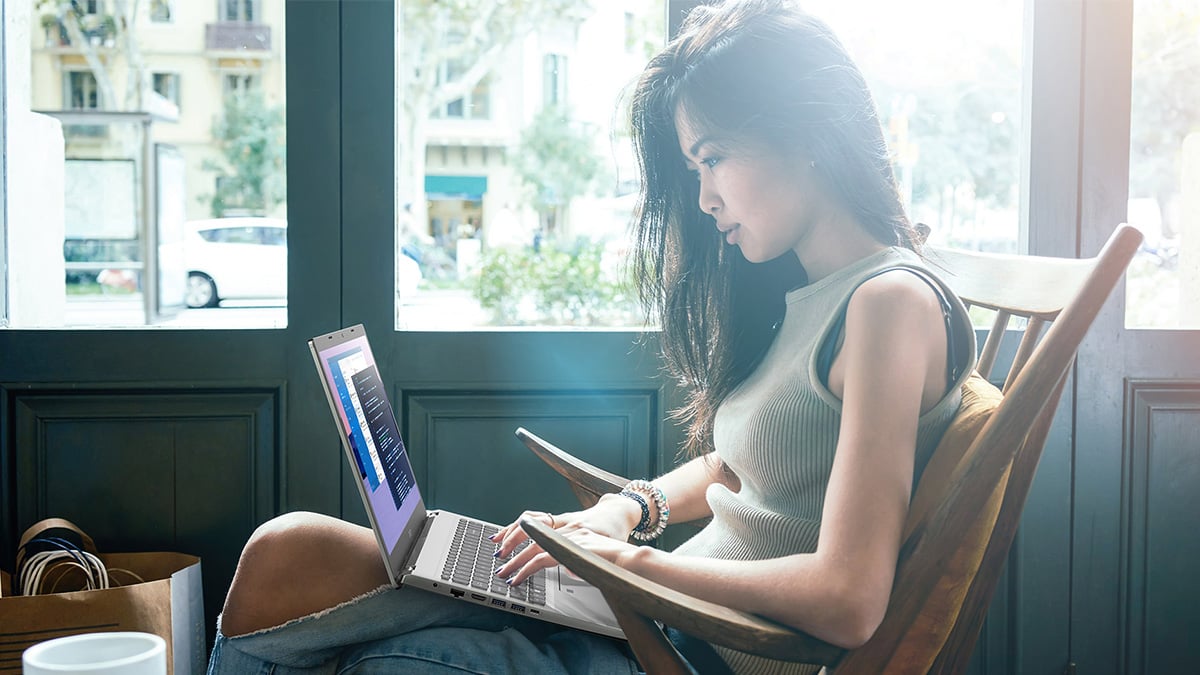 The brain of every computer is the central processing unit (CPU), processor, or chip. Laptops with Intel® Core™ i5 processors offer a balance between performance and affordability.

The i5 processor powers mid-tier laptops and provides reliable daily performance for image editing, gaming, and other entertainment. Intel® Core™ i5 processors are less expensive than premium options like i7 or i9, yet they perform significantly better than Intel's low-cost i3 CPUs.

This balance means a ton of choice when buying a laptop, from entry-level to high-end. However, the wealth of options and features make it challenging to select the best laptop. To help you finalize the best laptops with Intel® Core™ i5 processors, we have compiled a list of the top Acer options you can buy in 2022.

What is an Intel® Core™ i5 processor?

Developed and manufactured by Intel, the Core i5 is a computer processor (CPU) with up to 14 cores or brains. The first i5 processor was released in September 2009, and the 13th generation Raptor Lake has just been released.

The CPU gives the computer the necessary instructions and processing power to do its tasks. So, a more powerful processor can help your computer think and work faster and quickly complete its tasks. The i5 processors come in laptop and desktop versions, with different performance levels and price points.

Which Intel® Core™ i5 Generation?

To complicate matters further, buying an i5 can result in purchasing an older i5 model processor based on older architecture. The i5 carries the same name across different Intel generations. So, carefully select which generation your i5 processor is, as there is a significant performance difference between generations.

On PassMark's CPU Benchmarks scores, you can see the vast difference in performance:

The higher the number, the faster the performance. So, a 12th generation has almost double the CPU speed of a 10th generation and can process virtually twice the information. So knowing your CPU's generation helps locate specific performance data and release dates.

The 11th and 12th generations offer improved performance for resource-intensive tasks, such as gaming or video editing.

How many cores should an i5 have?

Older generations of i5 processors came in a mixture of dual, quad-core, and hexa-core processors, but later generations feature up to 14 cores. The more cores your CPU has, the faster it will perform and the better it will be at multitasking.

A dual-core processor is today's bare minimum for basic computer tasks like:

Multitaskers will want a quad- or hexa-core CPU for stability and performance. At least eight cores are ideal for gaming, video editing, and other processor-intensive applications. These CPUs require extra cooling - so they are found in larger laptops.

If you want a powerful yet affordable laptop, consider an Intel® Core™ i5 CPU.

What is clock speed?

The i5 CPU is available at multiple speeds depending on how much processing power you need. Your CPU's performance significantly impacts the rate at which apps load and how quickly they run. Clock speed measures your CPU performance. A CPU with a clock speed of 2.40 GHz executes 2.4 billion cycles per second.

A higher clock speed generally means a faster CPU and the ability to play newer AAA games. So - also factor that into your purchase decision.

As new generations of processors are released, they are usually faster than the previous generation - even if they have the same chip frequency. If you have a 2.4GHz 12th-generation CPU, you can expect it to be faster (and more energy efficient) than a 2.4GHz 11th-generation CPU.

Many i5 laptops come with eight hours of battery backup, some even lasting over 12 hours. So, if you're using an i5 for school or work, it's probably worth seeking a longer battery life.

Which i5 chip is best for gaming?

The Core i5 12600K is the standout processor for gamers because it offers excellent gaming performance and is also budget-friendly.

How to Choose the Right Intel i5 Laptop

When shopping for a laptop, it's important to remember that it's more than just the CPU. How much RAM and disc space do you need? Do you need an ultra-portable model? You need to decide what you'll be using the laptop for. Think about:

If you're a casual user, you might be able to get away with a lower-end model. But if you're a gamer or power user, you'll need a more powerful laptop.

What are some of the best Intel Core i5 laptops from Acer?

As mentioned earlier, many different types and levels of Intel Core i5 processors are available. To help make your decision easier, we have compiled a list of some of the most reliable and well-known laptops with this processor. 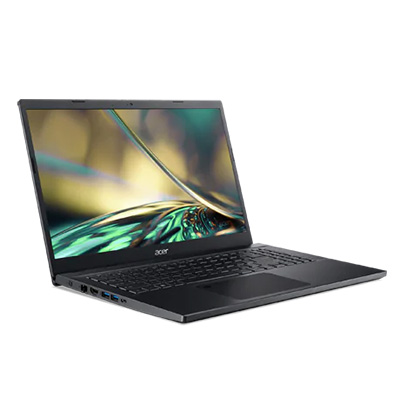 With up to 8 hours of battery and a lightweight design, the laptop is ideal for hybrid workflow experiences. Powered by the latest 12th Generation Intel® Core™ i5 Dodeca-core and features NVIDIA® GeForce® RTX™ 3050 GPU, it comes with enough muscle for gamers and content creators. A 512 GB SSD hard drive and 8 GB DDR4 SDRAM deliver plenty of storage and memory.

Overall, this PC is ideal for those who work on several projects simultaneously, want to game, and need the processing power to blitz through any task.

The Nitro 5 Gaming Laptop is for gamers looking to maximize game performance on a slim budget. The laptop's 12th Gen Intel Core i5-12500H processor combined with Nvidia's RTX 3060 ensures smooth and responsive gameplay. Its high-refresh display, powerful graphics card, and processor give it the performance necessary to run games at high frame rates without a hitch. 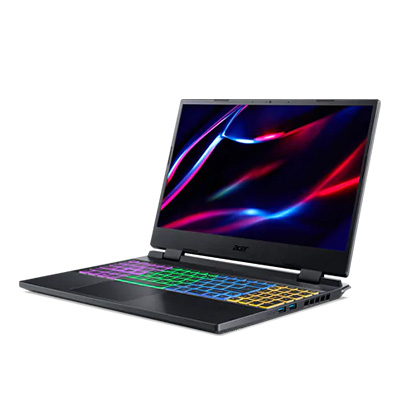 he 15.6" FHD IPS display panel with a lightning-quick 144 Hz refresh rate ensures your game sessions will be fluid and immersive. The 512GB SSD and 16GB RAM provide storage and memory for even the most demanding games.

Acer Swift 3 is perfect for students and professionals on the go. It features a slim design with a lightweight chassis, making it easy to carry around. Weighing in at a mere 3.1lb, it still packs a heavyweight punch in performance and can handle whatever you need.

Powered by the latest 12th Gen. Intel® Core™ i5 processor with the Intel® Iris® Xe Graphics for superior performance and unrivaled efficiency. The 512GB SSD packs plenty of storage for your files and photos, while the 8-hour battery allows you to stay productive all day. The backlit keyboard offers comfortable typing in any light. 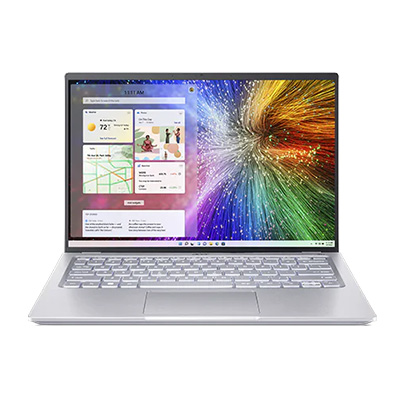 The Swift 3 display is a 14" OLED widescreen for comfortable viewing angles, high resolution, and blazingly quick pixel response times. It covers 100% of the sRGB color gamut, producing a vibrant image.

Slim, lightweight, and stylish, the Swift 3 is ideal for working on the move.

Acer has you covered with the Spin 3 convertible laptop. This 2-in-1 touchscreen laptop is ideal for those who need productivity on the move. The built-in Acer Active Stylus makes touch, typing, and drawing easy. As a 2-in-1 laptop, it can rotate 360 degrees to accommodate all viewing modes, so you share your work with your colleagues. 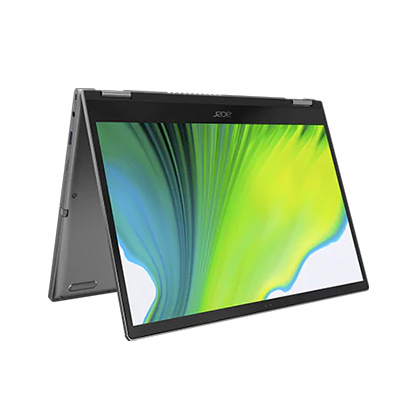 An 11th Gen Intel® Core™ Processor with Intel® Iris® Xe graphics brings power for work and play. The Spin 3 boasts a battery life of up to 15 hours and, after 30 minutes of charge, gives you 4 hours of use.

The Intel® Core™ i5 processor is an excellent choice for users who want a good balance of price and performance. For most people, most of the time, an i5 can easily handle day-to-day tasks and also perform decent gaming. Over 23 Acer laptops feature the chip at its core, making it an intelligent, budget-friendly choice in 2022. The CPUs hit the price versus performance sweet spot.