What is Starlink? Inside SpaceX's Satellite Internet 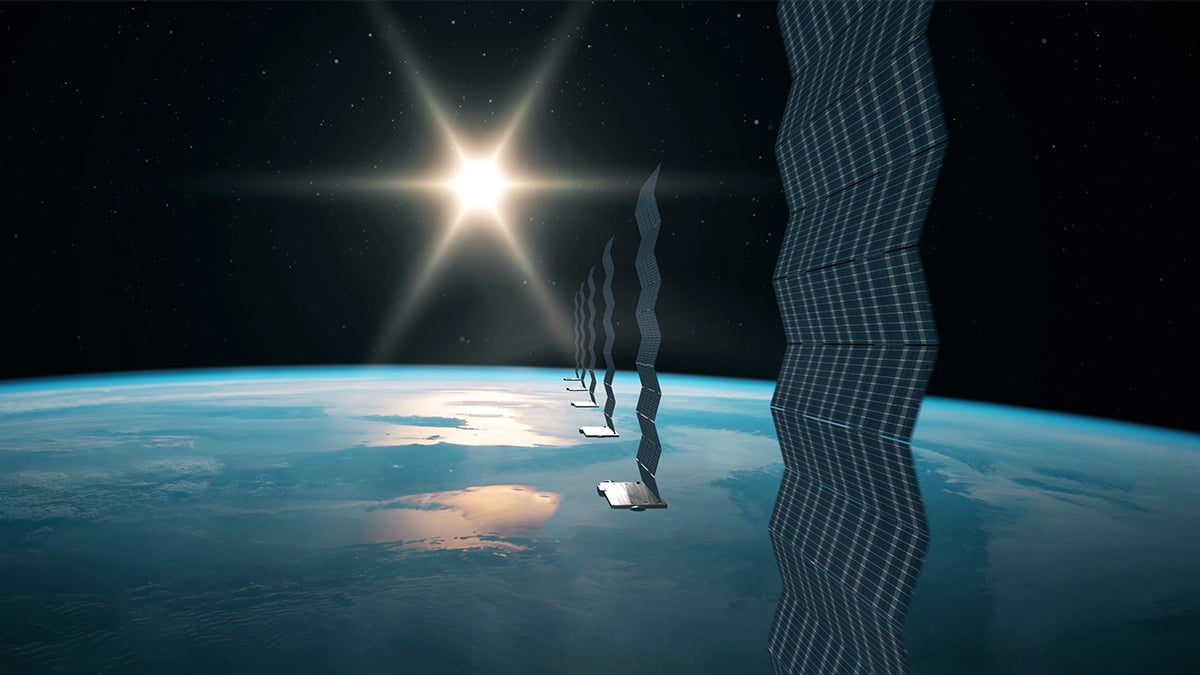 The potential of satellite internet has always been greater than the reality of using the technology. Creating a global network of internet connectivity fed to us through the power of satellites and reaching every far corner of the globe has remained an ambitious and revolutionary goal. But the reality of its capabilities, speeds, and reach have historically come up short.

Previously, satellite internet served as an option for those who didn’t have access to the much more capable internet infrastructure that most of us rely on.

Starlink, a SpaceX initiative brought to us by Elon Musk, uses an array of low Earth orbit (LEO) satellites to deliver internet connectivity. To broadcast the internet, SpaceX has deployed a massive web of these satellites and they’re being deployed by the iconic SpaceX Falcon 9 rockets. Through recent innovations, Starlink satellites can deliver a low latency internet connection. Latency had previously been one of the disadvantages of satellite internet. SpaceX’s goal is to reinvent what’s possible through satellite internet and deliver customers higher speeds and lower latency than was previously possible. SpaceX plans to accomplish this by deploying thousands of satellites into orbit so that connectivity can reach every location on our planet. The promise of Starlink is simple: as long as you have a view of the open sky, you can connect to high-speed, low-latency internet.

How does Starlink work? 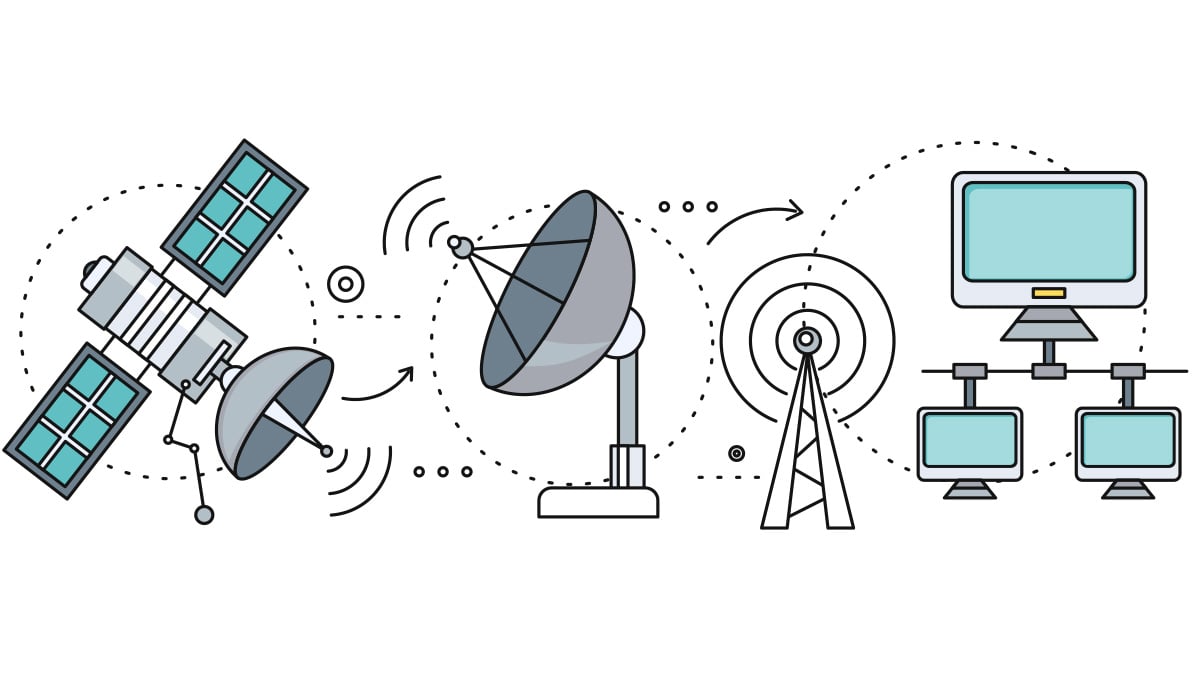 One of the issues with satellite internet of the past was high latency. Latency is the amount of time it takes for a signal to be passed from one point to another. The satellites that had powered previous versions of satellite internet orbited at a much higher altitude than the ones that Starlink is deploying. These LEO satellites decrease latency and deliver a much faster internet connection.

This does come with a drawback though. Because the LEO satellites are lower to the earth, their coverage areas are decreased. This is why SpaceX is working hard to deliver thousands of satellites. With more satellites in orbit, coverages will expand. Noting that satellites are soaring across the sky at unbelievable speeds, one might wonder how a dynamic object could produce a stable internet connection. To create more stability, Starlink satellites are connected to one another in a chain. This globally connected chain of satellites relay internet connection to hardware on the ground to connect users to the internet.

With lots of new competition in the space, both legacy and new providers, Starlink is quickly innovating. Their new project is to launch tens of thousands of CubeSats, miniature versions of internet satellites, to create a tight, low-orbiting mesh of low latency internet connectivity. By lowering the orbit altitude of satellites, releasing thousands of them, and innovating laser technology, Starlink is positioning itself as the premier innovator and leader in the satellite internet space.

How does Starlink rank among other internet services?

While Starlink offers a higher-speed internet than previously achievable by satellite internet, the questions still remain surrounding Starlink’s speed and consistency claims. SpaceX claims Starlink internet download speeds up to 150 Mbps and they plan to offer significantly faster speeds as the company expands its capabilities. Their speed claims place them slightly slower than fixed broadband internet and significantly faster than previous satellite internet services. Their latency, however, places them competitively against the fastest internet connections available.

This speed, however, is not consistent in every location. Different locations of the world are going to offer varying speeds. For most internet applications such as remote work or streaming, these download speeds and the proposed upload speeds of 10 Mbps are more than adequate. Like all internet, Starlink is subject to outages and disruptions. Unique to satellite internet, Starlink’s internet connection can be disrupted by inclement weather as satellite internet’s connectivity relies on an uninterrupted view of the satellites above. It’s important for Starlink users to follow best practices regarding satellite dish placement to ensure they position their dish in a place where they can receive the optimal broadcast.

With a very limited sample size to draw speed tests from, it’s hard to tell exactly how fast Starlink’s speeds are. The user base is still very small in comparison to other internet service methods. With lots of innovation and progress by SpaceX and the other companies under Elon Musk’s purview, there’s little doubt that Starlink internet speeds will only increase with time.

How much does Starlink cost?

With Starlink internet, you’re going to need to pay for two things: the one-time payment toward the hardware that includes a mounting tripod, Wi-Fi router, and a user terminal that connects to the satellites, plus your monthly internet fee. The one-time payment costs $599 and the monthly fees for internet connectivity are as low as $110 for residential users. They also have monthly plans for internet connection aimed at business, RV, and maritime consumers. The caveat is, however, that not everyone who wants Starlink can get Starlink. There are still geographical as well as availability limitations.

Where is Starlink available?

With thousands of satellites circulating in the sky, it’s easy to think that Starlink would be available globally. But, this isn’t the case. There are limitations to where Starlink is available. The limitations depend on the number of satellites currently available, the ground stations available, and how many current Starlink users are in your area. When looking at the map, you’ll notice lots of countries with the availability status of “Coming Soon.”

The optimal way to confirm whether or not Starlink is available in your area is to head to the Starlink Map, enter your address, click Order Now, and you’ll get a quick availability status update.

If you’re wondering whether you will be able to get Starlink internet service in your area for your mobile device, think again. For now, Starlink doesn’t offer direct internet service to mobile devices. This has to do with the frequency of their current satellite broadcasts and due to regulations and lagging technology, they haven’t quite reached the point of offering satellite internet service to your device directly. Many providers are, however, working on it. Starting next year, TMobile users will have the option of using Starlink Mobile Internet for free.

While you can’t roam the planet and receive cell service from a satellite wherever you are, you can get service as long as you are connected to your Starlink Wi-Fi network in your Starlink system, much like using your home’s Wi-Fi. Starlink has proposed a near future where voice calls and messaging are capable through their direct satellite internet connectivity. This would also depend on your device’s features so make sure you confirm that your mobile device is compatible with satellite internet if you plan on using Starlink’s future satellite phone connectivity iteration.

Ready to make the switch to Starlink satellite internet?

Here’s a quick summary of the reality of using Starlink satellite internet for your connectivity.

Low latency: Due to the use of LEO satellites, Starlink offers excellent latency compared to previous satellite internet and their latency speeds rival fixed broadband.

Internet access in hard-to-reach locations: Through the use of satellites, Starlink is able to deliver internet access to places previously where internet connectivity was impossible.

Hardware: Using Starlink requires a bit more of an installation process than setting up a Wi-Fi router. It’s not particularly difficult but users should prepare for some hardware installation if they’re looking to use Starlink.

Many are excited about the future of Starlink. While there are some disadvantages to satellite internet providers like Starlink, this innovative internet service provider comes with a bunch of promising features that may be the ideal solution for many internet users.