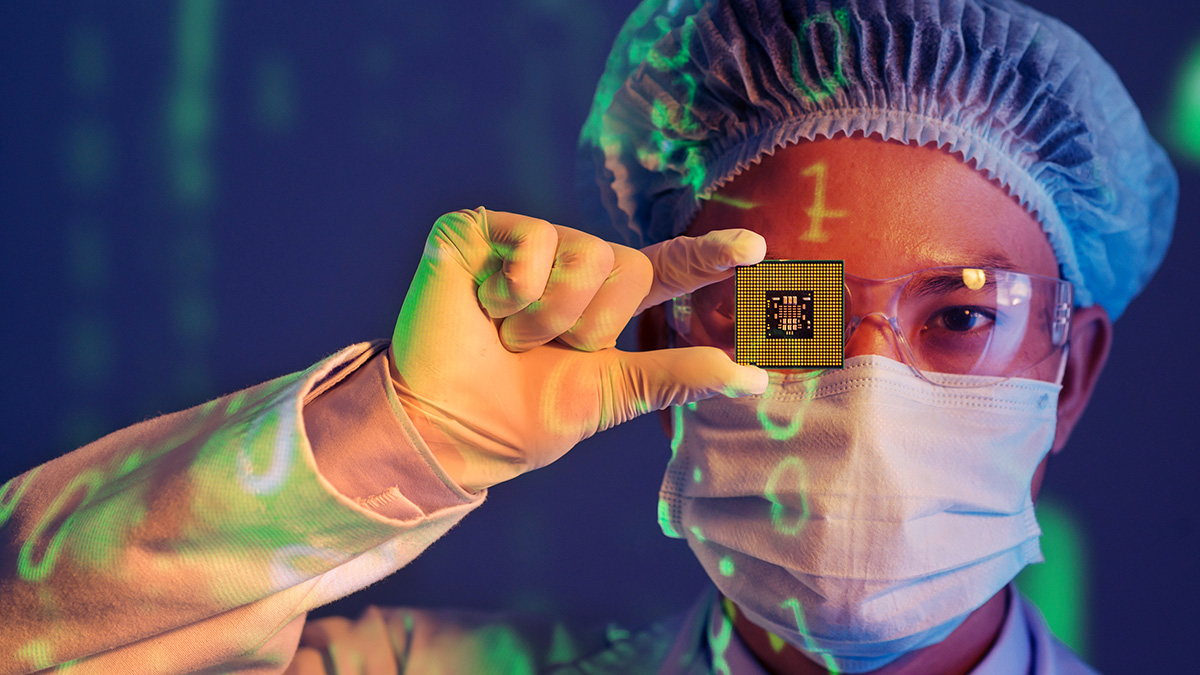 Intel released its first processor in 1969 after Robert Noyce and Gordon Moore left their careers in a semiconductor company and started their own venture. Their vision was simple: create better processors. Over the ensuing five decades, Intel has grown to be the world’s largest semiconductor chip manufacturer. Their long list of releases has been iconic moments in the history of computing: the world's first metal oxide semiconductor (MOS) static ram, the 1101, the first 8-bit microprocessor, the 8008, and the highly influential Core i3, i5, i7, and i9 line.

Since the early 2000s, Intel has created some of the most powerful processors that have been highly sought after by gamers, computer enthusiasts, designers, musicians, and consumers looking for the most powerful devices. But one processor has risen to the top of everyone’s mind when it comes to power, speed, and reliability. This processor has become a foundational component featured within many companies’ products including Acer.

What is Intel’s Core i7 processor?

The Intel Core i7 line is Intel’s powerhouse CPU featured in higher-end computers and tablets. The Core series has been around since 2006 with the i7 version launching in 2009. One of the key attractive features of the Core i7 series is its overclocking ability. Overclocking is the capability of a processor to run at a specification higher than it had been previously set by the manufacturer. Users who have overclocking capabilities can run their computer at higher speeds than it had been previously capped. This aspect among many other capabilities makes it a highly sought-after processor by gamers, animators, and designers.

Not every i7 is the same though. To date, the latest Core i7 version is in its 12th generation. The new “12th Gen” Intel Core processors are built for the highest performance for gaming and other intensive tasks, yet affordable and accessible enough for other workloads.

Intel has become such a staple in computing that it’s not easy to find devices that don’t run on an Intel processor. They’ve become synonymous with quality, speed, power, and reliability. While most people recognize the Intel logo and what it means for their computer, not everyone has an understanding of all the variations of Intel’s product line. Most consumers need a quick guide to understand which Intel processor they need and where their needs fit within the spectrum of Intel’s line of products.

How do I know which Intel Core processor is right for me?

Buying a device with confidence is important for consumers and the first step is knowing what kind of Intel processor is right for you. The Intel Core series has seen many generations and evolutions since its inception. Intel Core i3, i5, i7, and i9 have all been popular and valuable additions to the Intel line. They have filled the gaps in the marketplace and found their way into many use cases for various types of consumers. But, they are different, have different capabilities, and are reserved for certain uses.

Core i3 processors are powerful and affordable. They are not quite as capable or fast as the beefier i5, i7, or i9 processors but they do offer the necessary amount of processing capabilities for the average consumer.

Core i5 processors are the next step up. If you need more power for multitasking and some high-demand tasks like design work, a Core i5 may be right for you. This processor is more than enough for casual computer users.

Core i7 processors come with an increased price. But, you get what you pay for. A Core i7 processor comes with a significant power increase. These processors are ideal for more demanding tasks like video editing, gaming, and similar tasks. What else do you get out of an i7 that isn’t available in an i5? Core i5 processors lack Hyper Threading capabilities. Hyper Threading allows each of the processor’s cores to be used at the same time to increase the performance.

Core i9 processors, on the other hand, are designed for performance at any cost. These processors generally exceed the requirements for most people unless they are doing the most intensely demanding tasks on a computer such as editing massive video files or 3D rendering. They are, however, reserved for machines that also come with hefty price tags.

What makes the Core i7 processor so popular is its ability to handle nearly every demanding task while being affordable and available in an abundance of computers from different brands.

What’s special about the Intel Core i7 processor?

Hyper Threading: Intel Core i7 processors feature Hyper Threading. This feature, as previously mentioned, allows each of the processor’s cores to be used at the same time to increase performance. With this, execution times are cut down and your machine runs many tasks at once seamlessly.

Turbo Boost Technology: This feature of the Core i7 (and i5) allows you to overclock your processor’s cores. This is especially useful for intensive software that requires high speeds. This is helpful during gaming or using programs like music production software that requires massive amounts of processing power. With huge caches featured in the Core i7, working with these intensive programs is possible.

What are the best Acer Laptops featuring Intel’s Core i7 processor?

Chromebook Vero 514: The Acer Chromebook Vero 514 embraces the spirit of sustainability with 30% PCR plastics integrated in its design while also featuring up to the latest 12th Gen Intel® Core™ i7 processors and built-to-last rugged durability.

ConceptD 5: Fully equipped with all the power you need to conquer your creative workflows, the ConceptD 5's 12th Gen Intel® Core™ i7 processor, NVIDIA® graphics, and 16-inch display give you the freedom to create wherever and whenever the creative moment strikes.

Predator Triton 300: Armed with up to an 11th Gen Intel® Core™ i7 Processor, the Predator Triton 300 comes with NVIDIA® GeForce RTX™ 30 Series graphics and our custom-engineered 5th Gen AeroBlade™ 3D Fan Technology, so you are ready to play – wherever, whenever.

Nitro 5: Reign over the game world with the Nitro 5 featuring the power of a 12th Gen Intel® Core™ i7 processor and new performance hybrid architecture and NVIDIA® GeForce RTX™ 30 Series GPUs.

Aspire 5: The highly versatile Acer Aspire 5 laptop is powered by the latest 12th Gen Intel® Core™ i7 processors for multitasking and NVIDIA® graphics for accelerated photo and video editing performance.