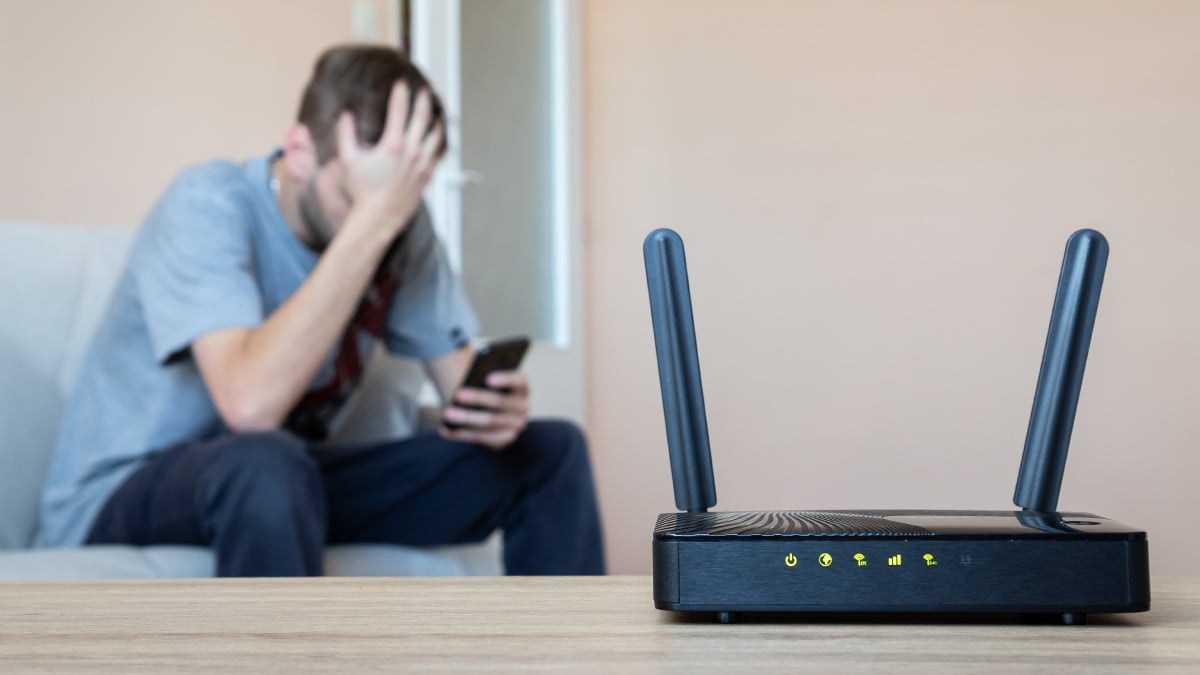 Whether you are in the middle of streaming an episode of your favorite show, working on your PC or playing a live service multiplayer video game, seeing the dreaded buffering wheel or internet disconnect notification is an ominous sight. If you are losing valuable time and effort due to dead spots in your work or home Wi-Fi network, resolving such issues should be high on your list of priorities. While there is no singular answer to eliminate dead spots given the variables of location, surrounding materials, and signal strength, you can often fix the problem with a bit of time and effort. Learn more about eliminating dead spots in your home and office and the distinctions between different Wi-Fi technologies.

One of the simplest methods to help eliminate Wi-Fi dead spots is to ensure that whatever devices you are currently using are assigned to the best network band possible. Most modern dual-band Wi-Fi routers come with both a 5.1 GHz and a 5.2GHz network, while tri-band Wi-Fi routers also include the older 2.4 GHz band.

Whereas Wi-Fi networks using the 5.1 GHz band offer superior speed and connectivity, the optimum range is sharply limited before performance drops. The 5.2 GHz band works oppositely, sacrificing overall signal strength and speed but can reach far greater distances than its counterpart. Although the 2.4 GHz band is generally considered less efficient than 5.1 or 5.2, many smart home automation devices are designed to only work with 2.4, making a tri-band router or single 2.4 GHz router a requirement for them to work correctly.

Other simple methods of fixing dead spots in your Wi-Fi network include power-cycling your router and logging into your router to update the device’s firmware or setting up an automatic update option. You can also consider performing a factory reset on the router or relocating your devices or router to mitigate environmental interference. You should also consider switching off non-vital electronic devices nearby because they can cause ambient interference with your Wi-Fi network.

Would You Be Served Better by a Stronger Wi-Fi Router or a Mesh Network?

Understanding the differences between systems is crucial to determine whether purchasing a conventional router or switching to a mesh router will best address the dead spot problem.

A standard Wi-Fi router works by using your internet connection to create and broadcast a wireless signal out radially from wherever you end up placing the device. Because the router’s Wi-Fi signal originates from a single point, anything in between your router and the internet-capable device you want to use can cause dead spots. While nearby electronic devices can cause interference with your Wi-Fi, potential issues also include the number and thickness of walls, floors, and ceilings, the presence of other Wi-Fi networks nearby, having cellular towers in proximity, and many others.

As opposed to originating from a single point, mesh networks employ multiple devices called nodes to create a stable “mesh” of reliable internet connectivity across a given amount of square footage. Rather than having all of your internet traffic and devices connected to a single router, mesh networks consistently scan connected devices to determine which nodes would provide the best available Wi-Fi connection based on the device’s proximity to a node and the overall strain being placed on the network at a given time.

While Wi-Fi routers are generally much less expensive than mesh networks, they are not as capable of reaching the same level of speedy internet connection that mesh networks can produce. It is worth noting that more traditional Wi-Fi routers tend to be better at facilitating wired ethernet connections. Depending on your location and budget, it is vital that you determine what kind of system would work best to help you patch any existing dead spots in your Wi-Fi network.

What Are the Differences Between Wi-Fi Extenders, Repeaters and Boosters?

With all the complex technical jargon in the world of Wi-Fi networks and their attendant gadgetry, the average consumer interested in eliminating internet dead spots can quickly become confused by these three terms. To help you determine whether you need a Wi-Fi extender, repeater, or booster, understanding the differences between the three devices is key to achieving your desired results.

Wi-Fi extenders are specifically designed to boost the range of your existing wireless internet without causing issues with signal latency (time between the signal and response) or drops in overall speed. A Wi-Fi extender accomplishes this by physically being connected to your existing Wi-Fi router or mesh network hub via a wired ethernet connection. Then, depending on the length of ethernet cable you have available, you can easily bring your Wi-Fi outdoors or even to adjacent buildings without impacting your signal strength and performance.

Wi-Fi repeaters connect to your existing Wi-Fi network bands through wireless technology without using ethernet cables, which offers far greater flexibility regarding where you place the device. Although repeaters can significantly increase the overall range of your Wi-Fi network to eliminate dead spots, this may come at the expense of increased latency and decreased available bandwidth since you effectively have a single frequency now sharing multiple network bands.

As if things were not vague or frustrating enough, the term Wi-Fi booster can be used in place of either extender or repeater while offering similar technology. You should carefully examine any extender, repeater, or booster meant to supplement your Wi-Fi network to ensure you purchase the appropriate device for your needs.

Losing your Wi-Fi signal can be frustrating and costly. However, with a little bit of knowledge and a modest budget, Wi-Fi dead spots will soon be a thing of the past.