How to Get Started with Web3: FAQ 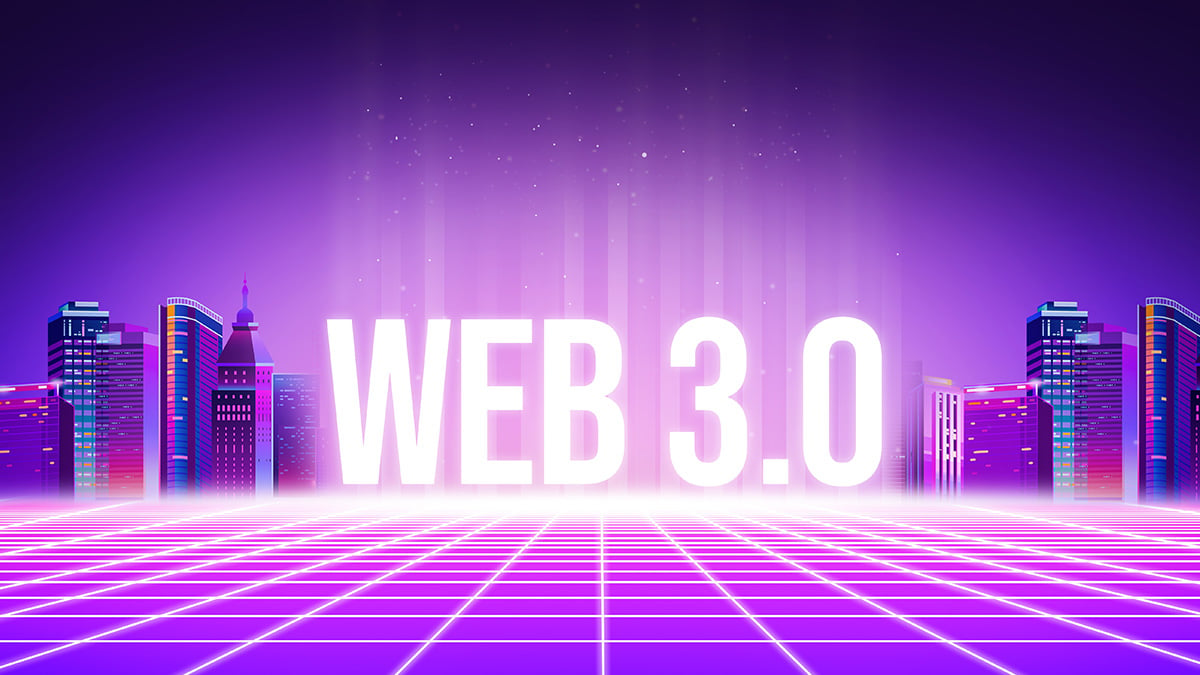 The term web3 is becoming increasingly common across the web. Over time, the Internet has evolved and changed, and web3 is what’s coming next—NFTs, cryptocurrency, and the metaverse included. Read on to answer all of your questions about what exactly web3 (or Web 3.0) means and how this new phase of the Internet will work.

The short answer: Web3 is the next phase of the Internet and has been described as an Internet owned by users. Web3 refers to a new kind of Internet service. This service is built with decentralized blockchains—think of blockchain as a digital ledger used for cryptocurrency. This model gives Internet users more power to participate and invest in the Internet without needing permission from centralized authorities like Facebook.

What is the history of web3?

The term web3 is nothing new. Web1 came first, referring to the basic Internet we used in the 1990s and early 2000s to primarily read open protocol webpages. This iteration of the Internet consisted of static pages, not dynamic HTML. Sites like MySpace and LiveJournal were popular.

Next came Web 2.0, the next (and current) phase of the Internet—which began when social media blew up around 2005. Web 2.0 is interactive and social. Anyone can be a creator, and it’s easy to participate, resulting in a plethora of user-generated content. Apps monetize their user base to make a profit, often storing user data without consent and exploiting that data to generate a higher revenue.

Now, experts say we’re moving into the era of web3. This idea has become more and more popular within the last year. More and more venture capital firms are pouring money into crypto-related projects, including web3-related projects. Combined with big tech companies beginning to dabble in web3 projects, this has made the whole idea blow up, with many experts touting web3 as the next big thing.

What exactly is decentralized blockchain?

How does this apply to web3? Currently, the Internet is owned by large companies such as Facebook, Amazon, and Google. Web3 would change this model so these companies have less power. In theory, the power these companies currently hold would be spread out among all Internet users—although some experts think this is impossible to actually achieve in practice.

What are the benefits of web3?

Ideally, web3 would hold major benefits for creators and users alike, allowing them to earn more money by investing in data or content. Web3 would also provide more privacy and data security with less trackers and targeted ads. For many supporters, web3 represents a step away from the technology behemoths that currently control much of the Internet, instead distributing that power to all Internet users. Anyone will have permission to use web3.

What are some concerns about web3?

Some experts think a decentralized web may become a cesspool of harmful content due to low moderation. Others say the more extensive data collection could actually cause a loss of privacy. Industry voices including Elon Musk and Jack Dorsey have even said web3 is just a buzzword.

What do I need to know about web3?

The term web3 refers to the next stage of the Internet. Web3 will consist of a portfolio of decentralized apps that run on blockchain.

It’s also important to understand that blockchain technology and cryptocurrency will both serve as integral parts of this new Internet. Educating yourself on how blockchain and crypto work is a smart idea if you plan to invest and participate in web3.

How is web3 different?

Web3 is different from Web 2.0 because it is distributed, verifiable, and self-governing. Instead of running on a single server, Web3 apps run on blockchains or decentralized server networks (these apps are called “dapps,” or decentralized apps). Consumers pay to use the service, but the money goes directly to network participants. The middleman is cut out.

Web3 also incorporates a token economy where people can invest (or not invest) in a company’s project. Since all blockchain data is public, everybody can see what’s happening.

Why should we care about web3?

One of the driving ideas behind web3 is data privacy. Right now, you have to pay to participate on the Internet, either with money and/or by sacrificing your data. The decentralized aspect of web3 gives you the freedom to use the Internet without worrying about who is exploiting your personal data.

Can you invest in web3?

Yes, there are several ways to invest in web3. The first person to invest in web3 was Jeremy Sturdivant, who made the world’s first physical transaction using web3 technology in 2010—receiving 10,000 Bitcoins for delivering two Papa John’s pizzas. Over a decade later, anyone can now invest in web3.

There are a lot of opinions floating around about web3. Some people say this is the future of the Internet, offering the opportunity for the public to invest and distributing power to all Internet users instead of a select few companies. Other experts think web3 is too idealistic and won’t work. Whatever the case, it’s a smart idea to get ahead of the game and learn all you can about web3 as the Internet continues evolving and moving forward.