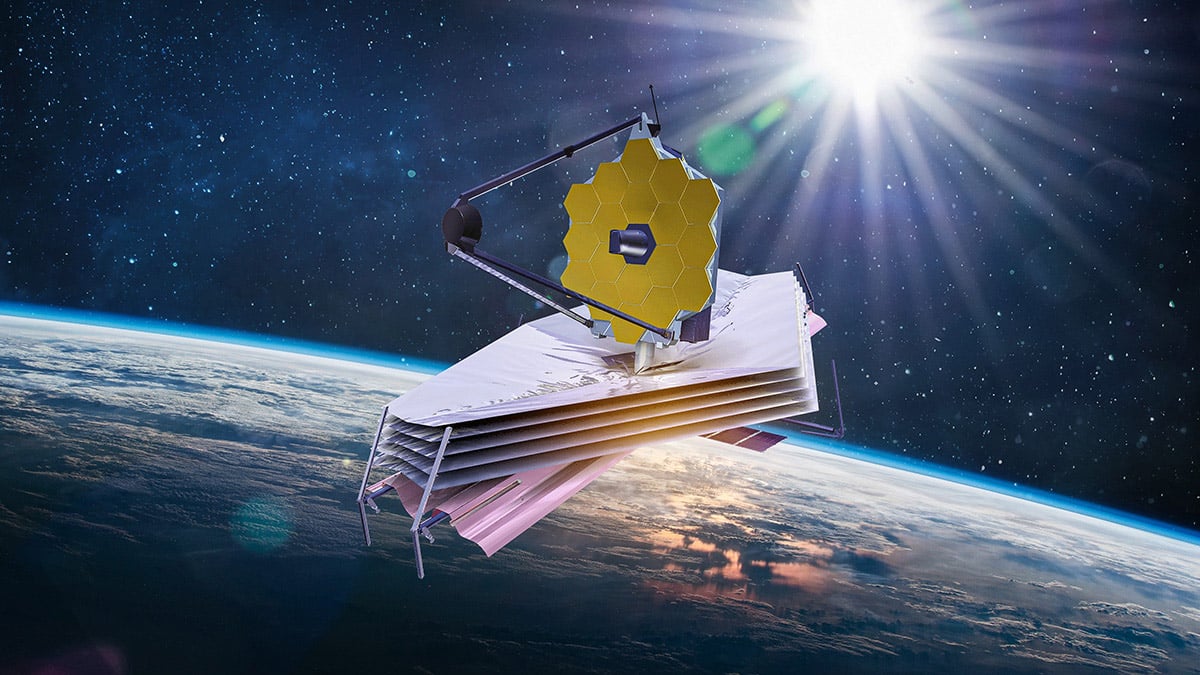 If you’ve been on social media or the internet in general lately, you’ve probably seen images from the James Webb Telescope.

This NASA telescope—the largest optical telescope in space—recently released some pretty impressive images from outer space. And it’s only going up from here—the telescope is on a mission to unfold the mysteries of the infrared universe.

It sounds cool. But what does it really mean? What kind of images can we expect to see from this telescope moving forward? And where can you stay up-to-date on all of the amazing discoveries the telescope might find?

Here’s everything you need to know about the James Webb telescope and how to keep track of its out-of-this-world discoveries.

What Is the James Webb Telescope?

Named after the NASA administrator from 1961-1968, the James Webb telescope is the largest and most complex space science observatory ever built. NASA created the telescope in partnership with ESA (European Space Agency) and CSA (Canadian Space Agency). The telescope launched on December 25, 2021. Webb released its first full-color images and spectroscopic data on July 12, 2022, with NASA calling the images “the dawn of a new era in astronomy.”

It took years of careful development and testing between hundreds of scientists and thousands of engineers for Webb to begin its science mission. The telescope is now the world’s premier space science observatory. It will solve mysteries in our solar system and look beyond distant worlds around other stars, NASA says. Webb will study every year of cosmic history to answer big questions about where our universe came from and how we fit into the cosmos. It can view objects that the Hubble Space Telescope cannot.

The Webb telescope will be on its mission for over ten years. Its travel distance is one million miles, and its sunshield (which protects the sensitive equipment inside) is the size of a tennis court! Instruments on board include a near-infrared camera; a near-infrared spectrograph; and a mid-infrared instrument.

How to Find the James Webb Telescope

Whether you’re looking for a minute-by-minute update or you’d prefer to see periodic updates as you scroll social media, there are plenty of places online where you can keep up with the James Webb Telescope and its findings.

Find images and updates from Webb on Twitter by following:

Find images and updates from Webb on Facebook by following:

Find images and updates from Webb on Instagram by following:

Find images and updates from Webb on YouTube by following:

Join the conversation on all social media platforms using #UnfoldTheUniverse, #NASAWebb, and #NASASocial. Or simply scroll through the hashtags to see what others are saying.

If social media isn’t your thing, you can also track the telescope’s discoveries by simply saving different websites as bookmarks on your PC browser.

Start by visiting the NASA website and its dedicated page for Webb. Here, you’ll find information about the telescope including an “image of the day;” blog posts about Webb; videos; and more. The page is updated on a regular basis.

Next, visit the James Webb Telescope Goddard Space Flight Center page. This is a good starting point that directs you to other pages such as a replay of the release of Webb’s first images.

NASA’s blog has a special section for Webb-related blog posts. Scroll through interview with scientists who worked on the telescope, explanations of what we’re seeing in the images, and details about how the telescope works.

Find a list of NASA TV live events to get on your calendar. All of these events are not related to the telescope, but it’s worth keeping an eye out as the page is updated to see if there are any events you’re interested in watching. You can stream NASA Television to your computer via NASA’s YouTube channel or the live event page linked above.

Another good source for all things Webb is the Webb telescope website. It contains the telescope’s first images; its latest news; and resources that explain concepts such as how Webb is different from other telescopes and the kind of scientific questions it investigates.

Finally, visit the Where Is Webb? tracker to stay up-to-date on where the telescope is. This page tracks Webb’s flight until it reaches its station, and presents the data using a 3D model of where Webb is located in a 3D solar system. You can see information such as the telescope’s cooldown to operational temperatures and what percentage of the trip to its station is complete. The page works in tandem with the Deployment Tracker, which lets you explore Webb’s deployments.

The James Webb telescope is bringing us images of the galaxies that are more spectacular than anything we’ve ever seen. And thanks to today’s technology, you can stay updated on the latest space news from wherever you are—exploring the universe from the browser of your PC computer.