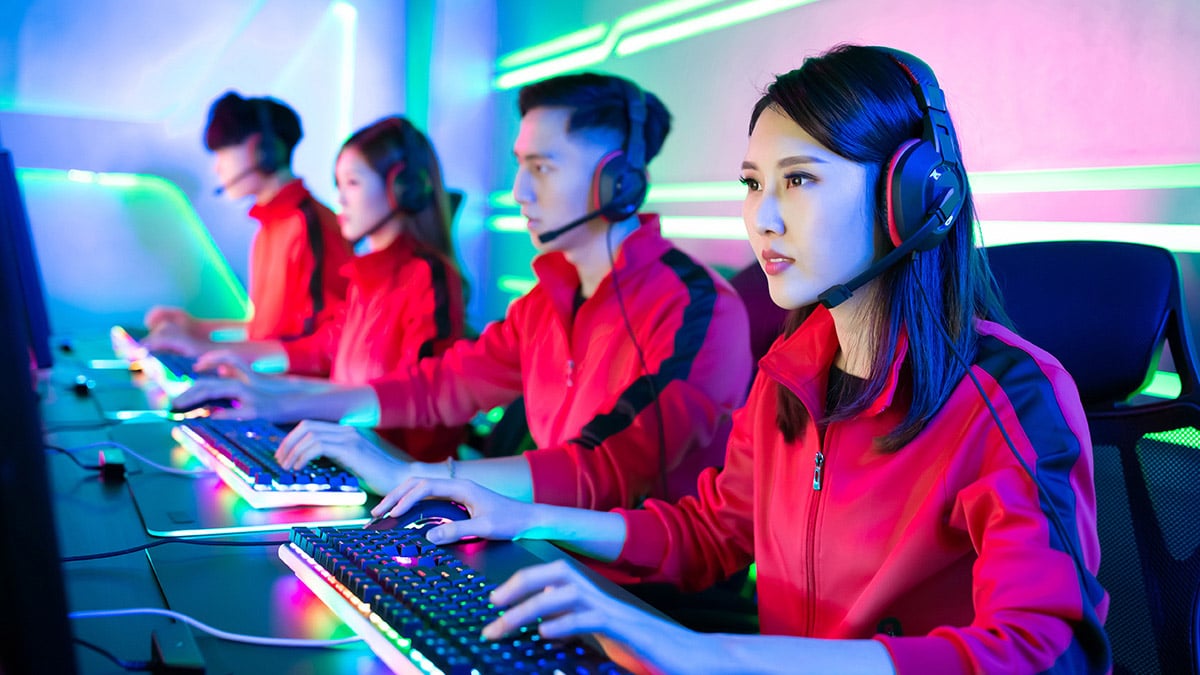 If you dream of being a professional video game player, our guide will highlight the ten most popular esports games and tournaments to get started. These games can be incredibly complex and difficult to learn, but if you're up for the challenge, there's no stopping you!

Dota 2 is a popular free-to-play MOBA (multiplayer online battle arena) video game. Two teams of five players compete to destroy the opposing team's "Ancient" while defending their own, with each round lasting up to 40 minutes. The game is renowned for its complex gameplay and high level of skill required to be successful. It may be difficult for those new to the genre, but it provides many opportunities for skilled gamers. You'll find the title easy to learn but hard to master.

Released by Valve Corporation, Dota 2's annual tournament, The International, offers esports' largest prize pool, with over $47 million paid out in 2021 alone. The International was also the second most watched esports tournament in 2021, with 107.23 million hours.

Another viral esports game, Riot Games' League of Legends (LoL), is a team-based strategy game where two teams of five powerful champions face off to destroy the other's base. You choose one of over 140 champions, each with unique abilities, and battle through a series of intense, strategic challenges. The MOBA title's gameplay is satisfying, challenging, and addictive.

If you crave fame, The League of Legends Tournament brings in the highest viewership of any esport title with over 170 million hours watched in 2021 and boasts a prize pool of over $2 million. It's ranked first on the popular streaming platform Twitch for hours watching.

The competitive scene is booming with tournaments offering the 6th highest prize money pool of over $8 million in 2021.

Epic Games' Fortnite is a top battle-royale game with a heavy emphasis on fast-paced action and player skill. The battle royale pits 100 players against each other in a skirmish to be the last man standing. Fortnite's fun and addictive gameplay make it one of the fastest-growing online games ever.

Fortnite is tremendously popular, with over 400 million registered players. It became the first video game to break the billion-dollar mark in yearly sales, earning over $1.3 billion in revenue in 2018. The game's popularity is no surprise considering it's free-to-play and playable on almost any device. The Fortnite World Cup debuted in 2019 with a prize pool of over $30 million, the highest prize pool at the time of any esports tournament. Postponed due to COVID in 2020 and 2021, the tournament returns this year.

Fortnite is a phenomenal game, and you’ll need fast reflexes to dominate this esport.

Valve's Counter-Strike: Global Offensive (CS:GO) is a tactical first-person shooter that debuted way back in 2012. The gameplay is simple. You spawn on either the Terrorist or Counter-Terrorist team, and you need to either plant or defuse a bomb on the map while battling enemies.

CS:GO is highly competitive and boasts a massive player base with over 250 million active players. As one of the most popular esports games, even in 2022, it's in the top 5 most vibrant communities with over 500 tournaments. In terms of esports, Valve supports the title via the prestigious PGL Majors. The PGL Major Stockholm 2021 prize pool was over $2 million, and the 4th most watched esports tournament.

The game's perhaps a bit dated, but you may still enjoy its highly competitive esports tournaments.

Overwatch is a vibrant, fast-paced, squad-based shooter set on near-future earth from Blizzard Entertainment. Two teams of six characters battle, and you choose from a roster of over 30 different heroes divided into four roles:

Overwatch was released in 2016 and has seen phenomenal success, being named the "New Esports Game of the Year" at the Esports Industry Awards. It has an active player base that continues to grow, with millions of people playing every month. This popularity has translated into significant sponsorships, media coverage and tournaments held worldwide, and even an animated series.

The 2016 Overwatch World Cup saw over $2 million in prize money awarded to participants, a testament to the growing popularity of the Overwatch esports scene. Due to the global pandemic, there hasn't been a World Cup since 2019.

If you're a fan of classic comic book-style heroes and fast-paced competitive action, Overwatch is a game you won’t want to miss.

Released in 2015, Rainbow Six Siege is a multiplayer tactical first-person shooter video game developed by Ubisoft. With a focus on teamwork, its online multiplayer allows for intense competitive matches. You take control of a Rainbow Six operator in 5-on-5 multiplayer missions facing intense close-quarters combat, tactical decision-making, and depth.

The Siege esports scene is thriving, with major tournaments held worldwide. The 2022 Six Invitational hosted by Ubisoft saw over $3 million in prize money awarded to contestants, including a first-place prize of $1 million. Predator Gaming is sponsoring the Rainbow Six Berlin Major on August 15-21 with $500,000 in prizes.

Super Smash Bros. is a fighting game that first appeared on Nintendo 64 and is immensely popular among casual gamers and professional esports players. Characters from different Nintendo franchises battle against each other, including characters from the Mario, Luigi, Kirby, and Pokémon series, as well as newcomers like Snake and Ryu from Street Fighter II.

The competitive Smash Bros. community is a decentralized, grassroots scene that began in 2002. Super Smash Bros. has spawned several different esports titles, the most popular being Ultimate and Melee. Now, Nintendo America has officially licensed The Panda Cup Circuit.

StarCraft II is the grandaddy of esports with the most played tournaments of all time - over 6422. Plus, it's one of the three best-selling PC games ever.

StarCraft II is a real-time strategy game that Blizzard Entertainment produces. The game was released in 2010 and continues to be played by millions of people. It is one of the most popular esports games in the world and has spawned multiple leagues and tournaments.

With infinite ways to play, you have to make decisions about your economy, military units, and fields, as well as how to organize your forces to dominate the galaxy. If you like games of complexity, you will likely enjoy StarCraft II for a long time.

Hearthstone is a free-to-play digital collectible card game developed and published by Blizzard Entertainment in 2014. Modeled after old-school tabletop games like Magic the Gathering, it's a turn-based game played one-on-one between two players from around the world.

Each player selects a hero with a unique ability and gets a deck of 30 cards of minions, spells, and quests. Use a fast-paced strategy to eliminate your opponent from the board.

Hearthstone is still in the top 10 esports with payouts of over $28 million. It’s also a perfect start for the casual gamer.

PUBG is a free-to-play, multiplayer online battle royale game. Each match begins with you parachuting out of a plane with no gear, and must scramble to find or loot weapons and armor to outlast your opponents. Think Hunger Games! In 2022, over 600,000 players played the open-world survival game at the same time.

PUBG's competitive scene is thriving. With over $14 million paid out in 2021, which was the 4th highest total, its sister title PUBG Mobile is currently leading in 2022. If you desire fame and fortune, master PUBG.